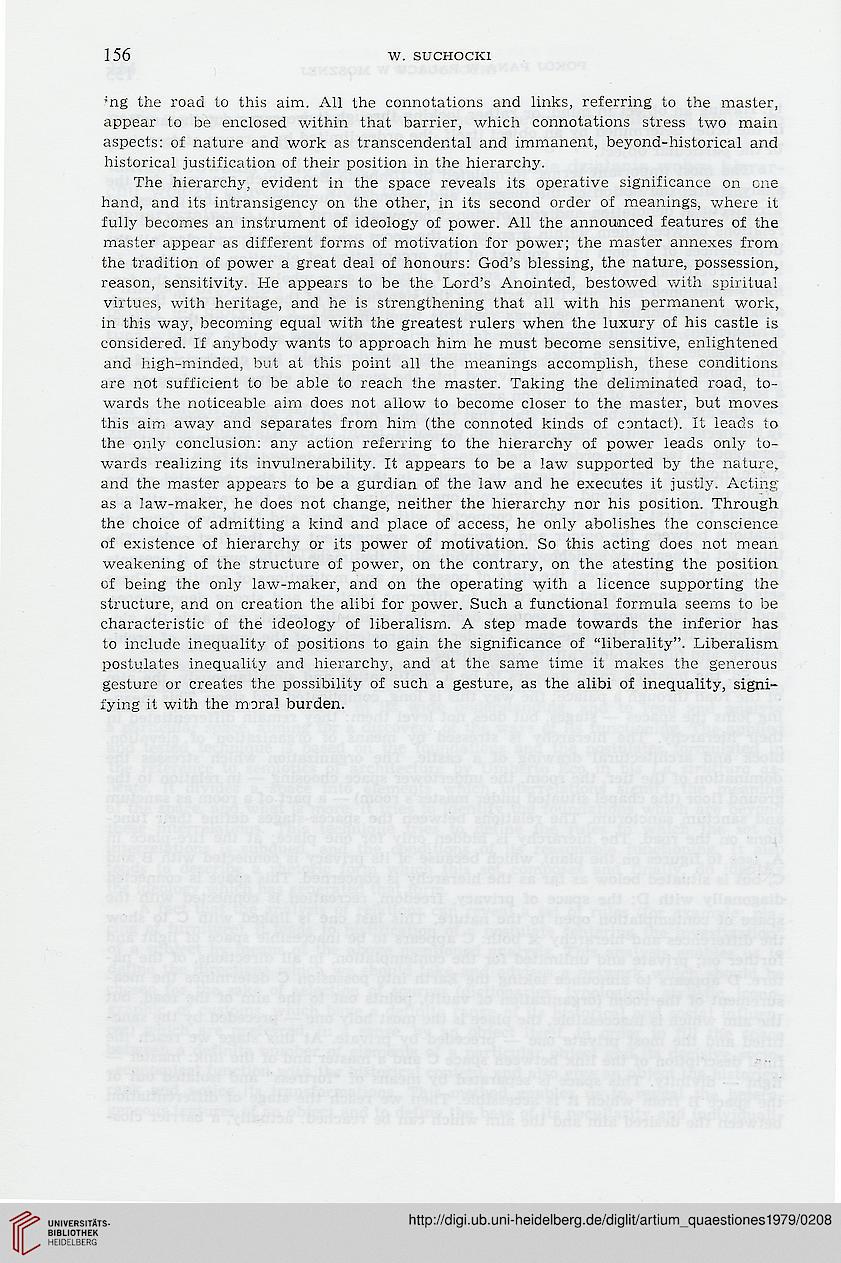 ;ng the road to this aim. Ali Ihe connotations and links, referring to the master,
appear to be enclosed within that barrier, which connotations stress two main
aspects: of naturę and work as transcendental and immanent, beyond-historical and
historical justification of their position in the hierarchy.

The hierarchy, evident in the space reveals its operative significance on one
hand, and its intransigency on the other, in its second order of meanings, where it
fully becomes an instrument of ideology of power. Ali the announced features of the
master appear as different forms of motivation for power; the master annexes from
the tradition of power a great deal of honours: God’s blessing, the naturę, possession,
reason, sensitivity. He appears to be the Lord’s Anointed, bestowed with spiritual
virtues, with heritage, and he is strengthening that all with his permanent work,
in this way, becoming eąual with the greatest rulers when the luxury of his castle is
considered. If anybody wants to approach him he must become sensitive, enlightened
and high-minded, but at this point all the meanings accomplish, these conditions
are not sufficient to be able to reach the master. Taking the deliminated road, to-
wards the noticeable airn does not ailow to become closer to the master, but moves
this aim away and separates from him (the connoted kinds of contact). It leads to
the only conclusion: any action referring to the hierarchy of power leads only to-
wards realizing its invulnerability. It appears to be a law supported by the naturę,
and the master appears to be a gurdian of the law and he executes it justly. Acting
as a law-maker, he does not change, neither the hierarchy nor his position. Through
the choice of admitting a kind and place of access, he only abolishes the conscience
of existence of hierarchy or its power of motiyation. So this acting does not mean
weakening of the structure of power, on the contrary, on the atesting the position
of being the only law-maker, and on the operating with a licence supporting the
structure, and on creation the alibi for power. Such a functional formula seems to be
characteristic of the ideology of liberalism. A step madę towards the inferior has
to inelude ineąuality of positions to gain the significance of “liberality”. Liberalism
postulates ineąuality and hierarchy, and at the same time it makes the generous
gesture or creates the possibility of such a gesture, as the alibi of ineąuality, signi-
fying it with the morał burden.