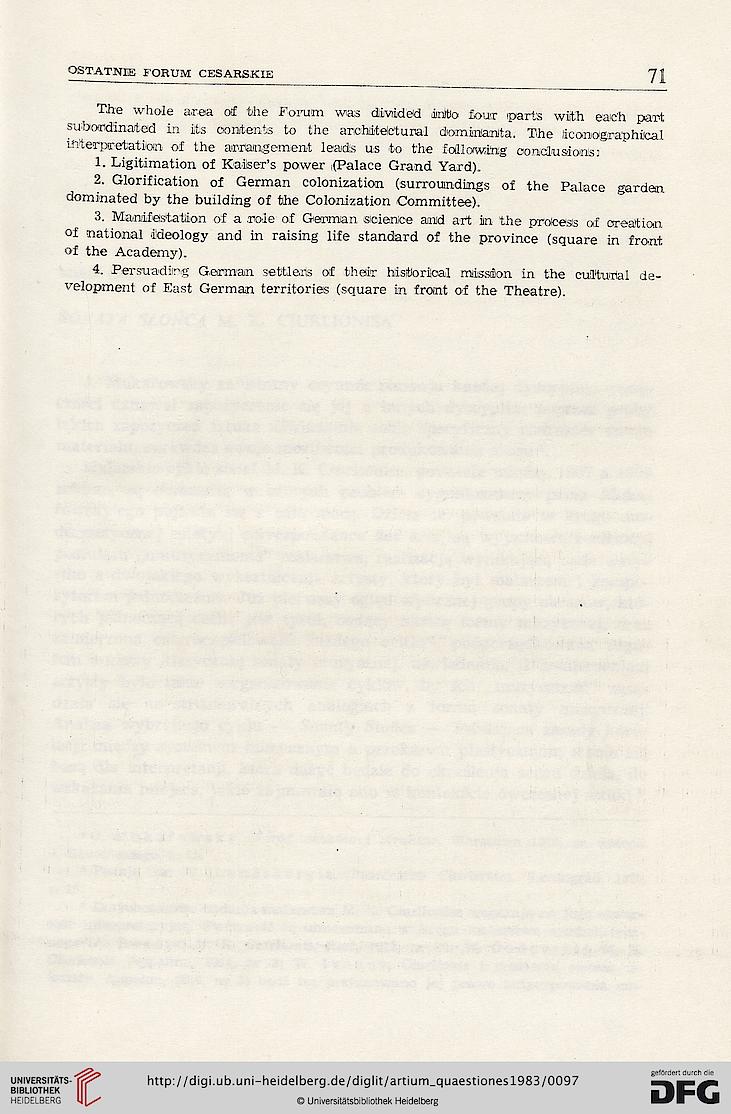 The whole area of the Forum was divided dintto four parts with each part
subordinated in its contents to the arehiitelctural dcwninianlta. The liconographiical
interpretation of the arrangement leads us to the following conclu sions ;
1. Legitimation of Kaiser’s power i(Palace Grand Yard).
2. Glorification of German colonization (surroundings of the Palace garden
dominated by the building of the Colonization Committee),
3. Maniifeisłatiian of a role of German sciente amid art in the proteeas otf creation
of national ideology and in raising life standard of the province (square in front
of the Academy).
4. Persuading German settle,ris of their historical mission in the cultural de-
velopment of East German territories (square in front of the Theatre).