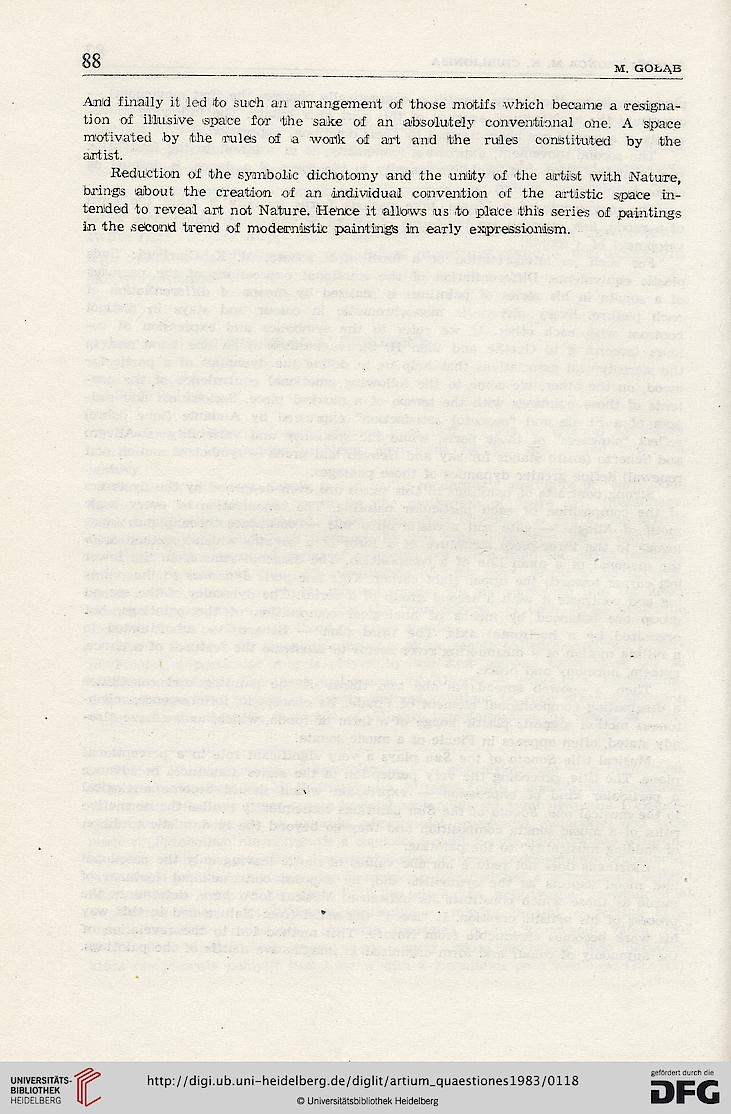 And finally it led to such an arrangement of those motifs which became a 'resigna-
tion of illusive ispiaioe for the sake of an absolutely conventional one. A sipace
motivated by the 'rules of a woalk of art and the rules constituted by the
artist.
Reduction of the symbolic dichotomy and the unity of the artist with Nature,
brings about the creation of an individual convention of the artistic spate in-
tended to reveal art not Nature. Hence it allows us to 'place this series of paintings
in the second trend of modernistic paintings in early expressionism.