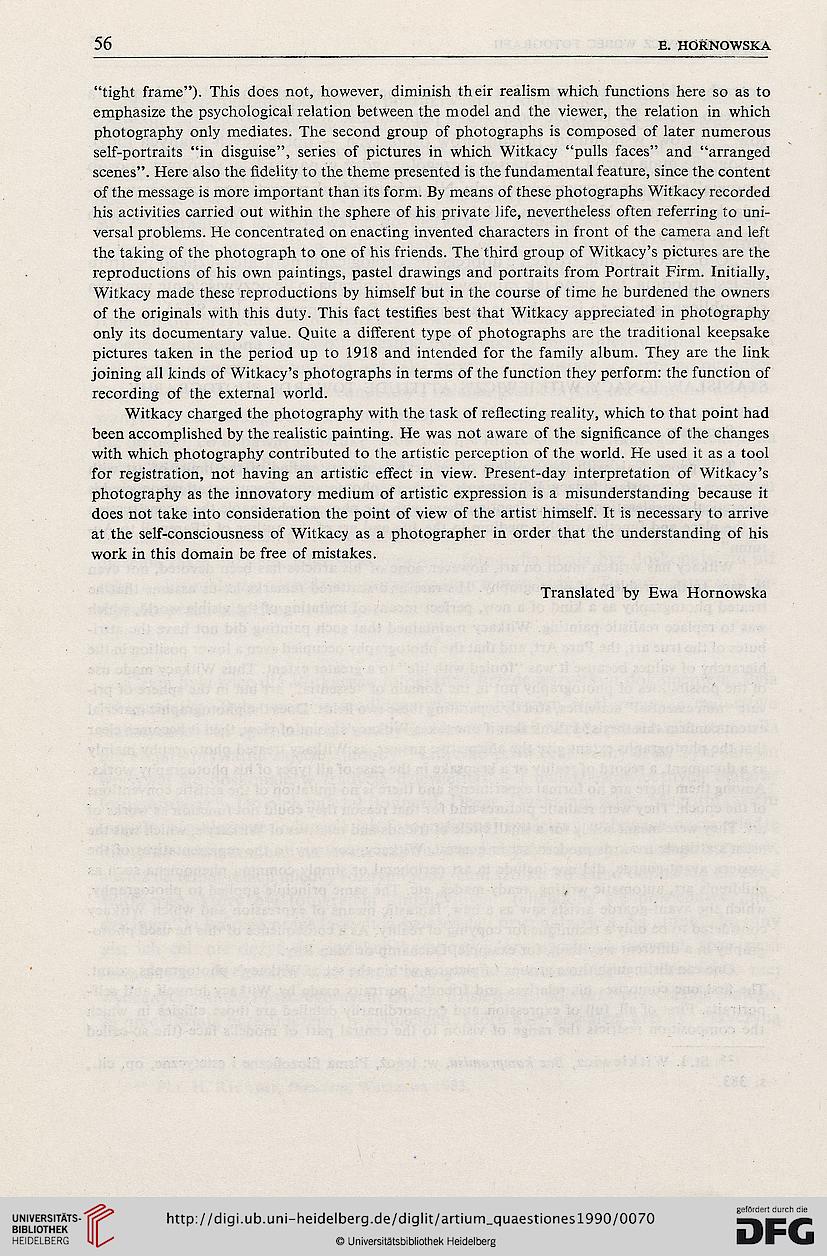 “tight frame”). This does not, however, diminish their realism which functions here so as to
emphasize the psychological relation between the model and the viewer, the relation in which
photography only mediates. The second group of photographs is composed of later numerous
self-portraits “in disguise”, series of pictures in which Witkacy “pulls faces” and “arranged
scenes”. Here also the fidelity to the theme presented is the fundamental feature, since the content
of the message is more important than its form. By means of these photographs Witkacy recorded
his activities carried out within the sphere of his private life, nevertheless often referring to uni-
versal problems. He concentrated on enacting invented characters in front of the camera and left
the taking of the photograph to one of his friends. The third group of Witkacy’s pictures are the
reproductions of his own paintings, pastel drawings and portraits from Portrait Firm. Initially,
Witkacy made these reproductions by himself but in the course of time he burdened the owners
of the originals with this duty. This fact testifies best that Witkacy appreciated in photography
only its documentary value. Quite a different type of photographs are the tradilional keepsake
pictures taken in the period up to 1918 and intended for the family album. They are the link
joining all kinds of Witkacy’s photographs in terms of the function they perform: the function of
recording of the external world.

Witkacy charged the photography with the task of refiecting reality, which to that point had
been accomplished by the realistic painting. He was not aware of the significance of the changes
with which photography contributed to the artistic perception of the world. He used it as a tool
for registration, not having an artistic effect in view. Present-day interpretation of Witkacy’s
photography as the innovatory medium of artistic expression is a misunderstanding because it
does not take into consideration the point of view of the artist himself. It is necessary to arrive
at the self-consciousness of Witkacy as a photographer in order that the understanding of his
work in this domain be free of mistakes.