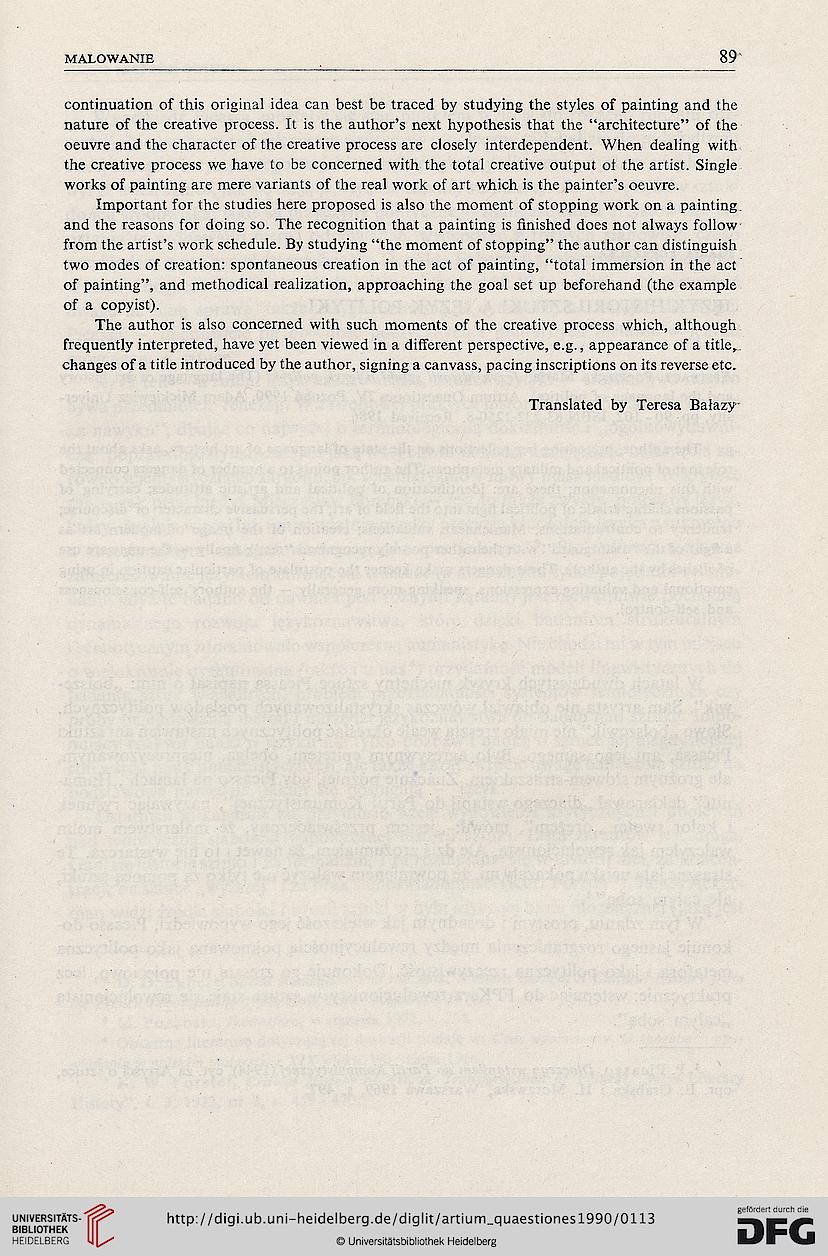 Important for the studies here proposed is also the moment of stopping work on a painting
and the reasons for doing so. The recognition that a painting is finished does not always follow
from the artist’s work schedule. By studying “the moment of stopping” the author can distinguish
two modes of creation: spontaneous creation in the act of painting, “total immersion in the act
of painting”, and methodical realization, approaching the goal set up beforehand (the example
of a copyist).

The author is also concerned with such moments of the creative process which, although
freąuently interpreted, have yet been viewed in a different perspective, e.g., appearance of a title,
changes of a title introduced by the author, signing a canvass, pacing inscriptions on its reverse etc.