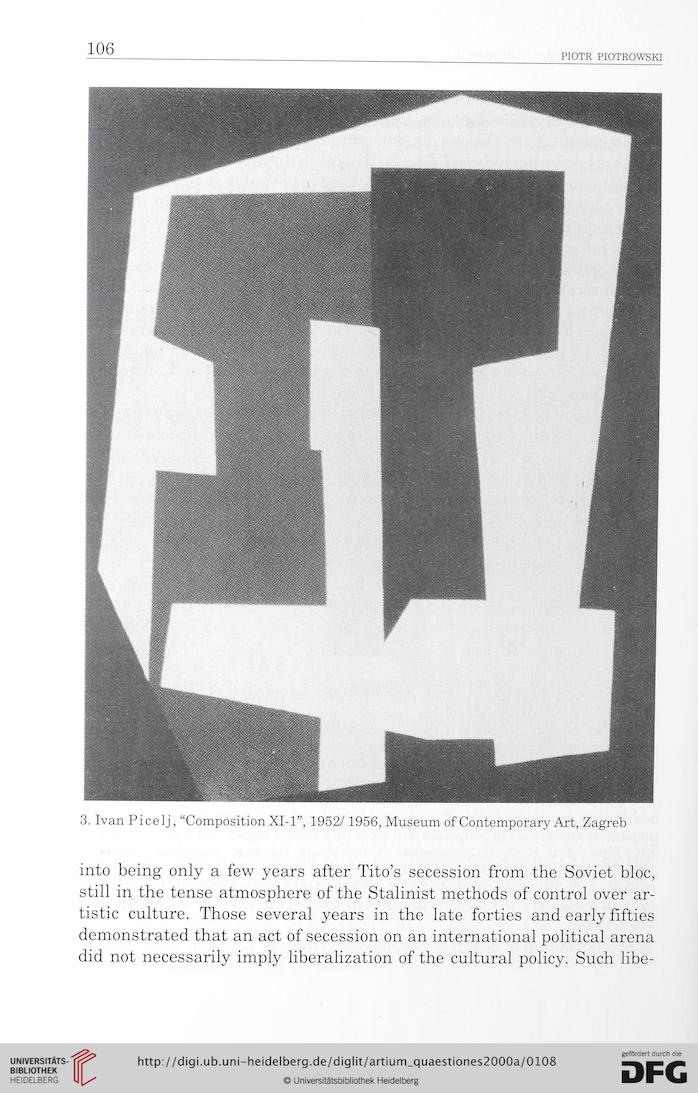 
3. Ivan Picelj, “Composition XI-1”, 1952/ 1956, Museum of Contemporary Art, Zagreb
into being only a few years after Tito’s secession from the Soviet bloc,
still in the tense atmosphere of the Stalinist methods of control over ar-
tistic culture. Those several years in the late forties and early fifties
demonstrated that an act of secession on an international political arena
did not necessarily imply liberalization of the cultural policy. Such libe-