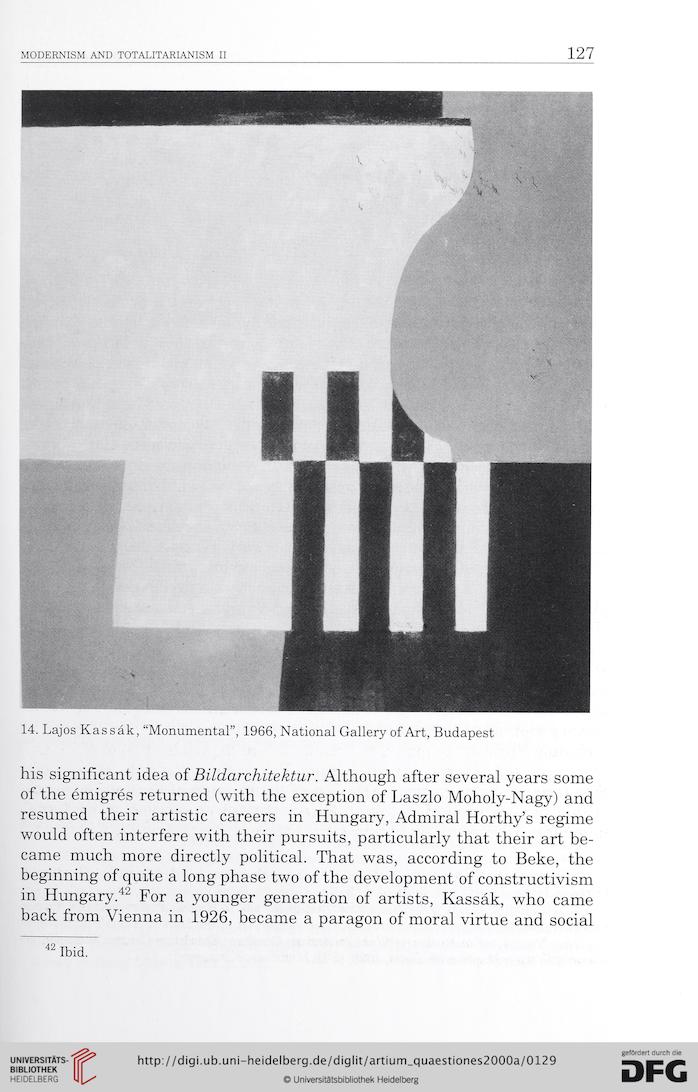 
14. Lajos Kassak, “Monumental”, 1966, National Gallery of Art, Budapest
his significant idea of Bildarchitektur. Although after several years some
of the emigres returned (with the exception of Laszlo Moholy-Nagy) and
resumed their artistic careers in Hungary, Admirał Horthy’s regime
would often interfere with their pursuits, particularly that their art be-
came much morę directly political. That was, according to Beke, the
beginning of ąuite a long phase two of the development of constructivism
in Hungary.42 For a younger generation of artists, Kassak, who came
back from Vienna in 1926, became a paragon of morał virtue and social
42 Ibid.