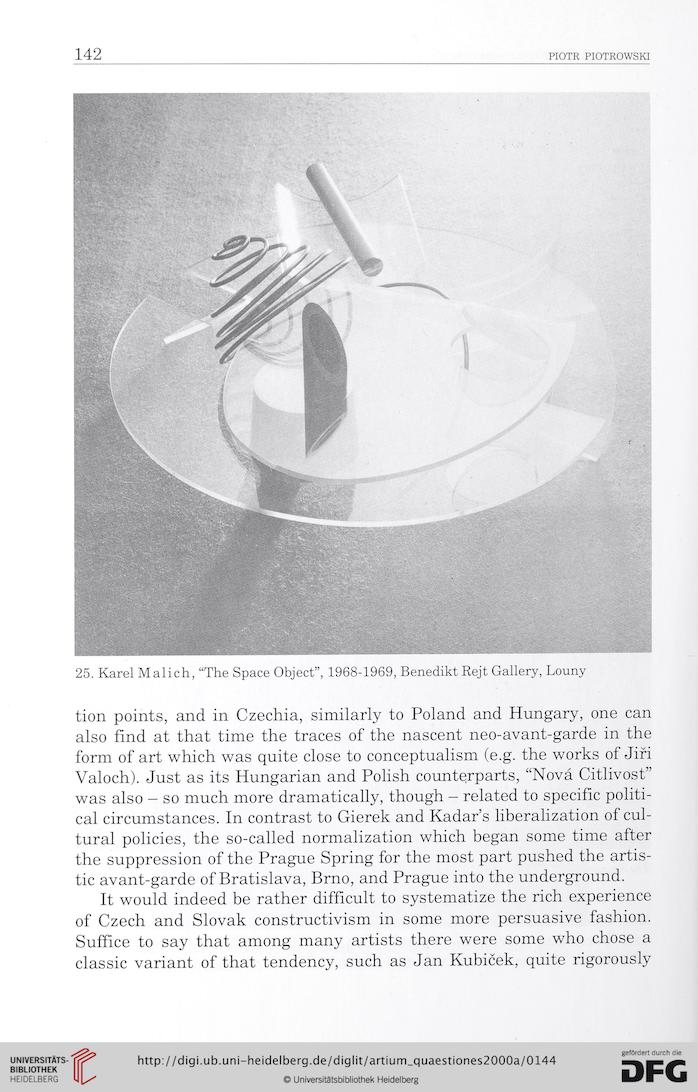 
25. Kareł Malich, “The Space Object”, 1968-1969, Benedikt Rejt Gallery, Louny
tion points, and in Czechia, similarly to Poland and Hungary, one can
also find at that time the traces of the nascent neo-avant-garde in the
form of art which was ąuite close to conceptualism (e.g. the works of Jiri
Valoch). Just as its Hungarian and Polish counterparts, “Nova Citlivost”
was also - so much morę dramatically, though - related to specific politi-
cal circumstances. In contrast to Gierek and Kadar’s liberalization of cul-
tural policies, the so-called normalization which began some time after
the suppression of the Prague Spring for the most part pushed the artis-
tic avant-garde of Bratislava, Brno, and Prague into the underground.
It would indeed be rather difficult to systematize the rich experience
of Czech and Slovak constructivism in some morę persuasive fashion.
Suffice to say that among many artists there were some who chose a
classic yariant of that tendency, such as Jan Kubićek, ąuite rigorously