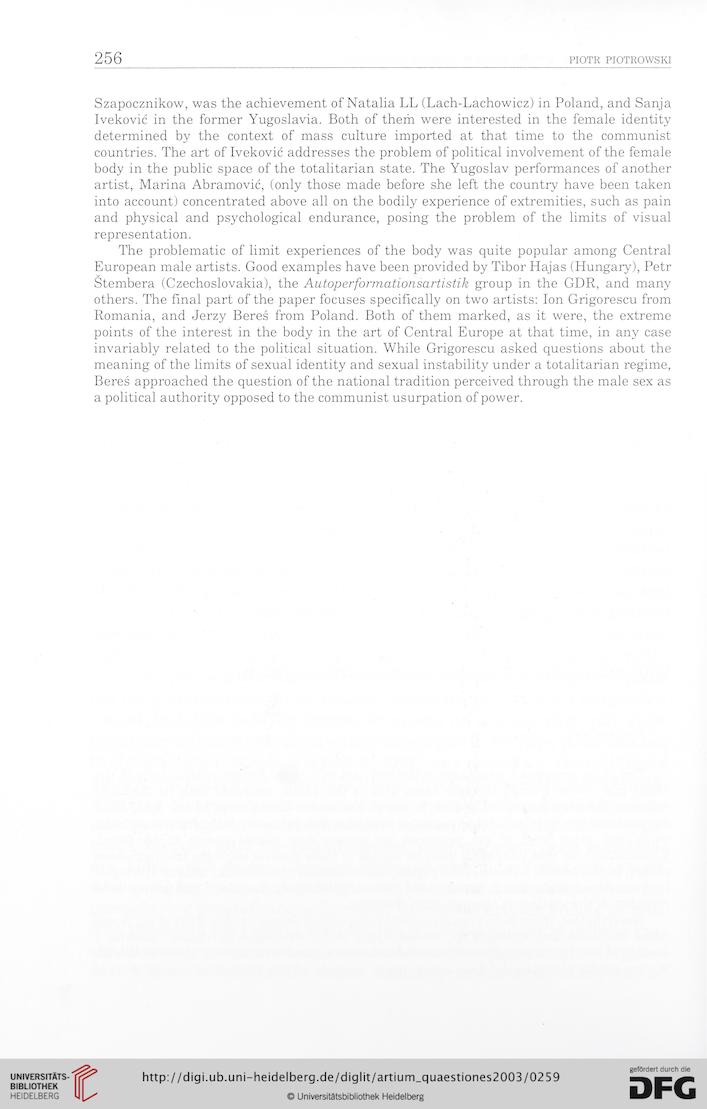 Szapocznikow, was the achievement of Natalia LL (Lach-Lachowicz) in Poland, and Sanja
Iveković in the former Yugoslavia. Both of them were interested in the female identity
determined by the context of mass culture imported at that time to the communist
countries. The art of Iveković addresses the problem of political involvement of the female
body in the public space of the totalitarian State. The Yugoslav performances of another
artist, Marina Abramović, (only those madę before she left the country have been taken
into account) concentrated above all on the bodily experience of extremities, such as pain
and physical and psychological endurance, posing the problem of the limits of visual
representation.
The problematic of limit experiences of the body was ąuite popular among Central
European małe artists. Good examples have been provided by Tibor Hajas (Hungary), Petr
Stembera (Czechoslovakia), the Autoperformationśartistik group in the GDR, and many
others. The finał part of the paper focuses specifically on two artists: łon Grigorescu from
Romania, and Jerzy Bereś from Poland. Both of them marked, as it were, the extreme
points of the interest in the body in the art of Central Europę at that time, in any case
invariably related to the political situation. While Grigorescu asked ąuestions about the
meaning of the limits of sexual identity and sexual instability under a totalitarian regime,
Bereś approached the ąuestion of the national tradition perceived through the małe sex as
a political authority opposed to the communist usurpation of power.