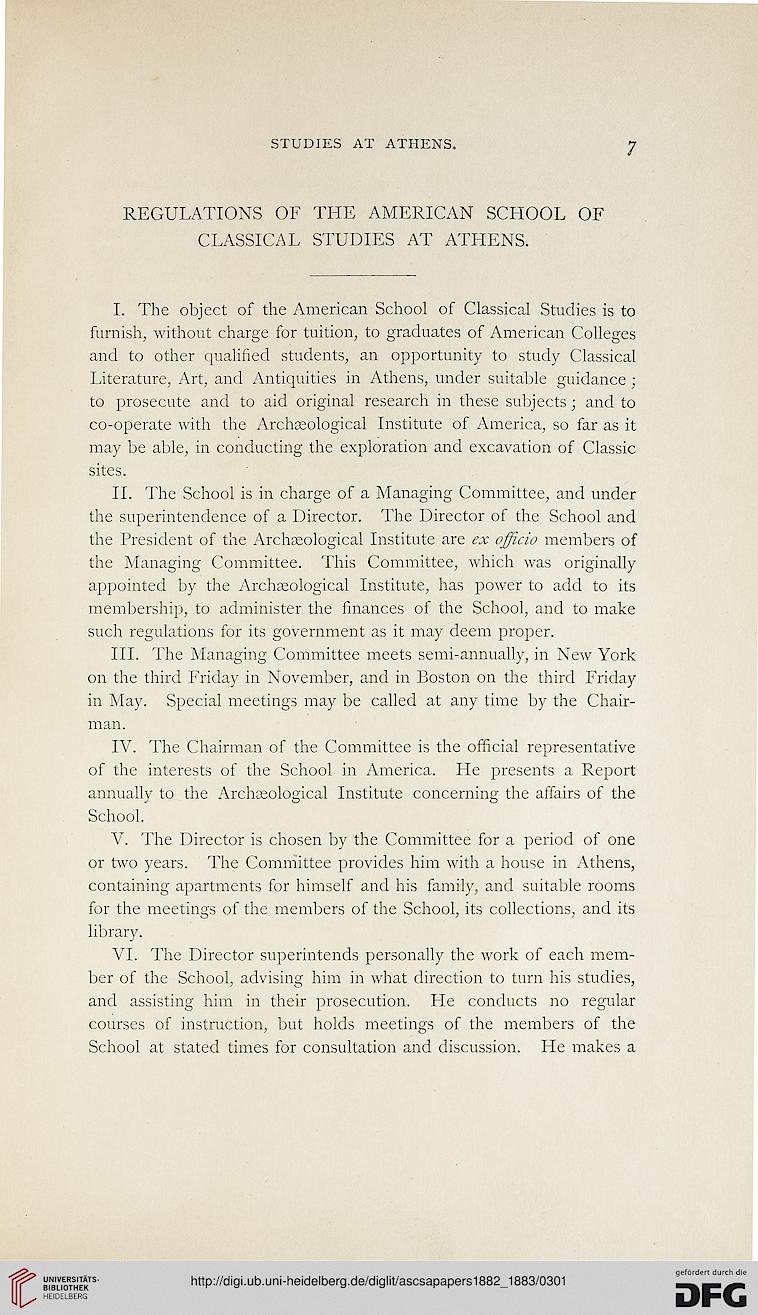 REGULATIONS OF THE AMERICAN SCHOOL OF
CLASSICAL STUDIES AT ATHENS.

I. The object of the American School of Classical Studies is to
furnish, without charge for tuition, to graduates of American Colleges
and to other qualified students, an opportunity to study Classical
Literature, Art, and Antiquities in Athens, under suitable guidance ;
to prosecute and to aid original research in these subjects; and to
co-operate with the Archaeological Institute of America, so far as it
may be able, in conducting the exploration and excavation of Classic
sites.

II. The School is in charge of a Managing Committee, and under
the superintendence of a Director. The Director of the School and
the President of the Archaeological Institute are ex officio members of
the Managing Committee. This Committee, which was originally
appointed by the Archaeological Institute, has power to add to its
membership, to administer the finances of the School, and to make
such regulations for its government as it may deem proper.

IV. The Chairman of the Committee is the official representative
of the interests of the School in America. He presents a Report
annually to the Archaeological Institute concerning the affairs of the
School.

V. The Director is chosen by the Committee for a period of one
or two years. The Committee provides him with a house in Athens,
containing apartments for himself and his family, and suitable rooms
for the meetings of the members of the School, its collections, and its
library.

VI. The Director superintends personally the work of each mem-
ber of the School, advising him in what direction to turn his studies,
and assisting him in their prosecution. He conducts no regular
courses of instruction, but holds meetings of the members of the
School at stated times for consultation and discussion. He makes a