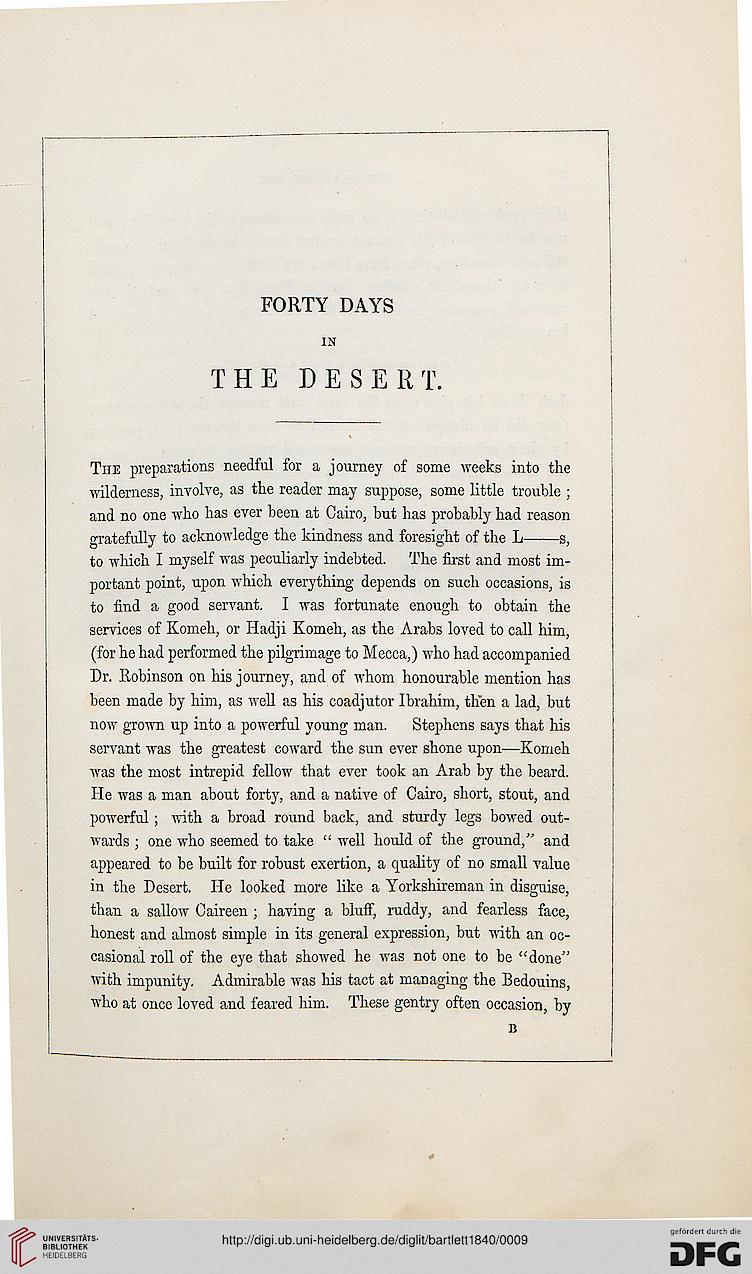 The preparations needful for a journey of some weeks into the
wilderness, involve, as the reader may suppose, some little trouble ;
and no one who has ever been at Cairo, but has probably had reason

gratefully to acknowledge the kindness and foresight of the L------s,

to which I myself was peculiarly indebted. The first and most im-
portant point, upon which everything depends on such occasions, is
to find a good servant. I was fortunate enough to obtain the
services of Komeh, or Hadji Komeh, as the Arabs loved to call him,
(for he had performed the pilgrimage to Mecca,) who had accompanied
Dr. Robinson on his journey, and of whom honourable mention has
been made by him, as well as his coadjutor Ibrahim, then a lad, but
now grown up into a powerful young man. Stephens says that his
servant was the greatest coward the sun ever shone upon—Komeh
was the most intrepid fellow that ever took an Arab by the beard.
Pie was a man about forty, and a native of Cairo, short, stout, and
powerful ; with a broad round back, and sturdy legs bowed out-
wards ; one who seemed to take " well hould of the ground," and
appeared to be built for robust exertion, a quality of no small value
in the Desert. He looked more like a Yorkshireman in disguise,
than a sallow Caireen ; having a bluff, ruddy, and fearless face,
honest and almost simple in its general expression, but with an oc-
casional roll of the eye that showed he was not one to be "done"
with impunity. Admirable was his tact at managing the Bedouins,
who at once loved and feared him. These gentry often occasion, by