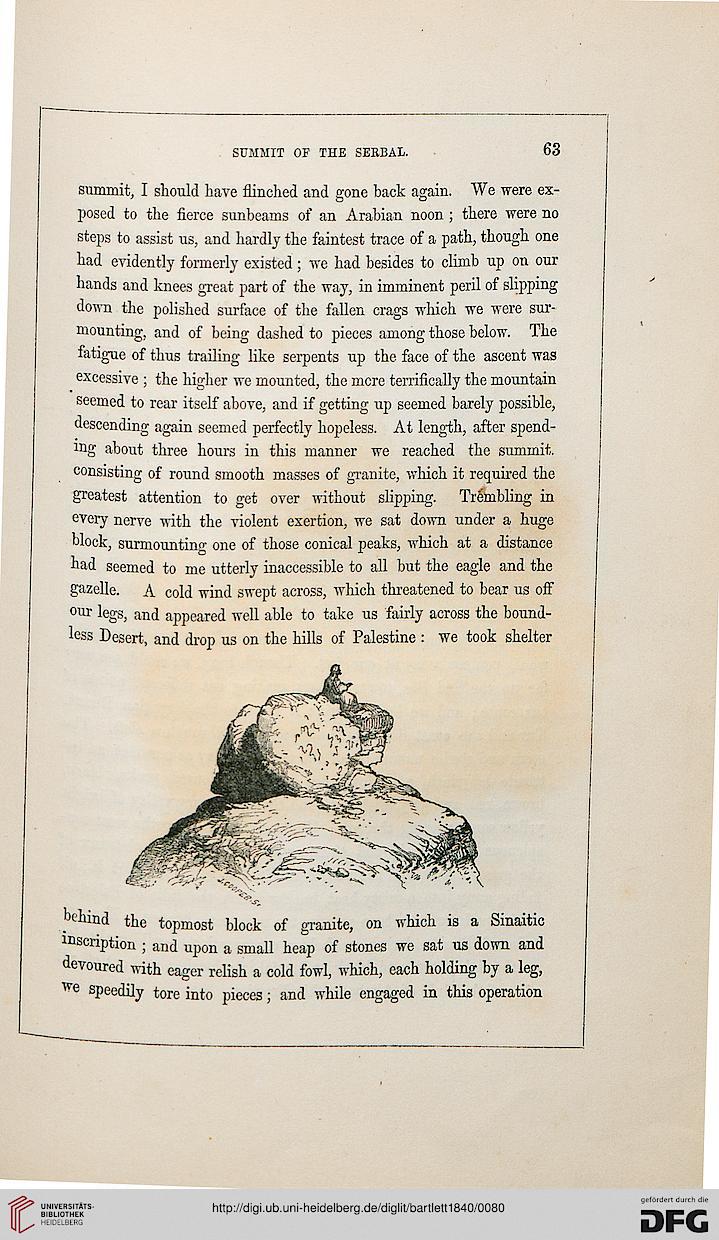 Information about OCR text
SUMMIT OF THE SERBAL.

summit, I should have flinched and gone hack again. We were ex-
posed to the fierce sunbeams of an Arabian noon ; there were no
steps to assist us, and hardly the faintest trace of a path, though one
had evidently formerly existed; we had besides to climb up on our
hands and knees great part of the way, in imminent peril of slipping
down the polished surface of the fallen crags which we were sur-
mounting, and of being dashed to pieces among those below. The
fatigue of thus trailing like serpents up the face of the ascent was
excessive ; the higher we mounted, the mere terrifically the mountain
seemed to rear itself above, and if getting up seemed barely possible,
descending again seemed perfectly hopeless. At length, after spend-
ing about three hours in this manner we reached the summit,
consisting of round smooth masses of granite, which it required the
greatest attention to get over without slipping. Trembling in
every nerve with the violent exertion, we sat down under a huge
block, surmounting one of those conical peaks, which at a distance
had seemed to me utterly inaccessible to all but the eagle and the
gazelle. A cold wind swept across, which threatened to bear us off
our legs, and appeared well able to take us fairly across the bound-
less Desert, and drop us on the hills of Palestine : we took shelter

behind the topmost block of granite, on which is a Sinaitic
inscription ; and upon a small heap of stones we sat us down and
devoured with eager relish a cold fowl, which, each holding by a leg,
^e speedily tore into pieces; and while engaged in this operation