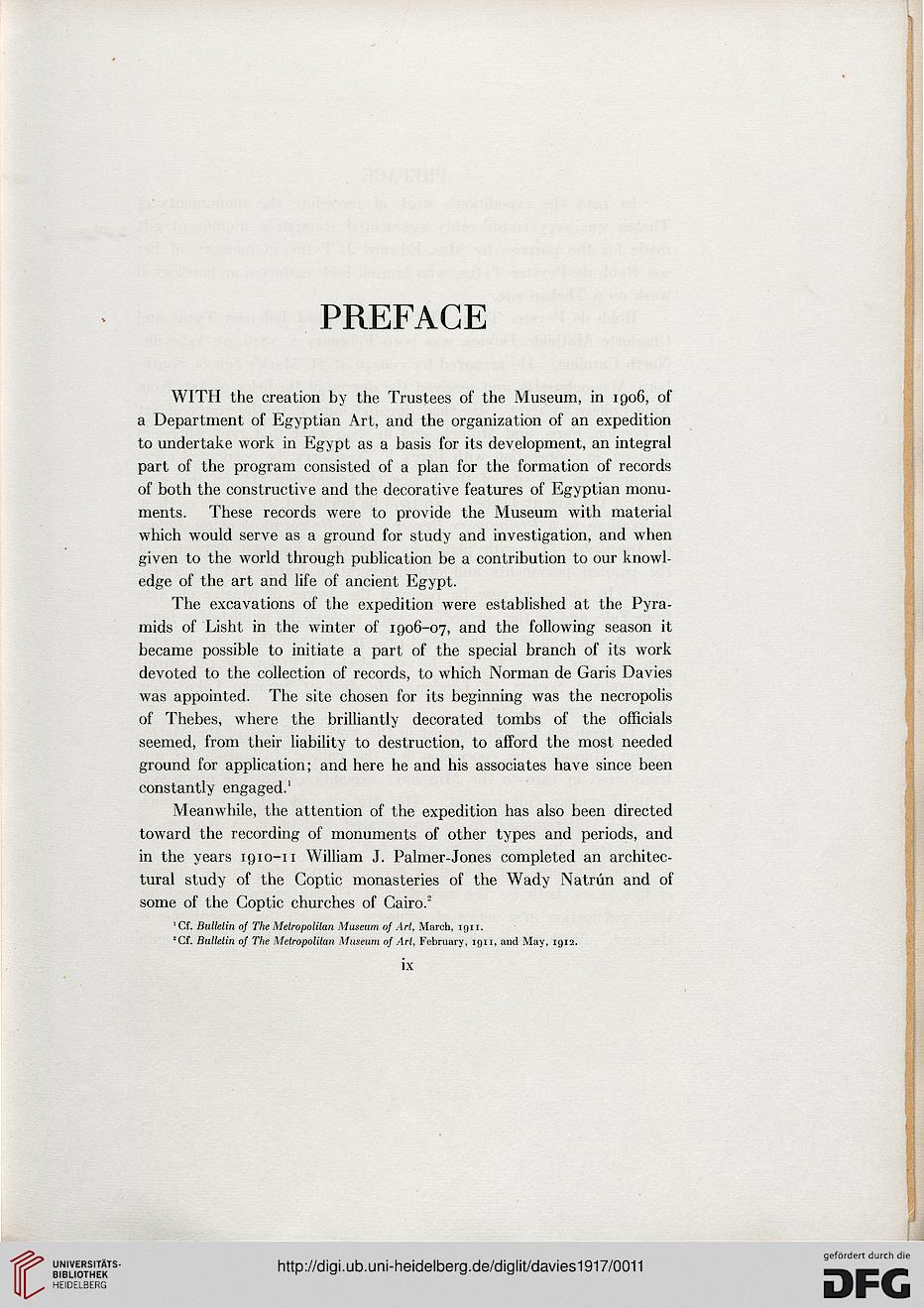 WITH the creation by the Trustees of the Museum, in 1906, of
a Department of Egyptian Art, and the organization of an expedition
to undertake work in Egypt as a basis for its development, an integral
part of the program consisted of a plan for the formation of records
of both the constructive and the decorative features of Egyptian monu-
ments. These records were to provide the Museum with material
which would serve as a ground for study and investigation, and when
given to the world through publication be a contribution to our knowl-
edge of the art and life of ancient Egypt.

The excavations of the expedition were established at the Pyra-
mids of Lisht in the winter of 1906-07, and the following season it
became possible to initiate a part of the special branch of its work
devoted to the collection of records, to which Norman de Garis Davies
was appointed. The site chosen for its beginning was the necropolis
of Thebes, where the brilliantly decorated tombs of the officials
seemed, from their liability to destruction, to afford the most needed
ground for application; and here he and his associates have since been
constantly engaged.1

Meanwhile, the attention of the expedition has also been directed
toward the recording of monuments of other types and periods, and
in the years 1910-11 William J. Palmer-Jones completed an architec-
tural study of the Coptic monasteries of the Wady Natrun and of
some of the Coptic churches of Cairo.2

^f. Bulletin of The Metropolitan Museum of Art, March, 1911.