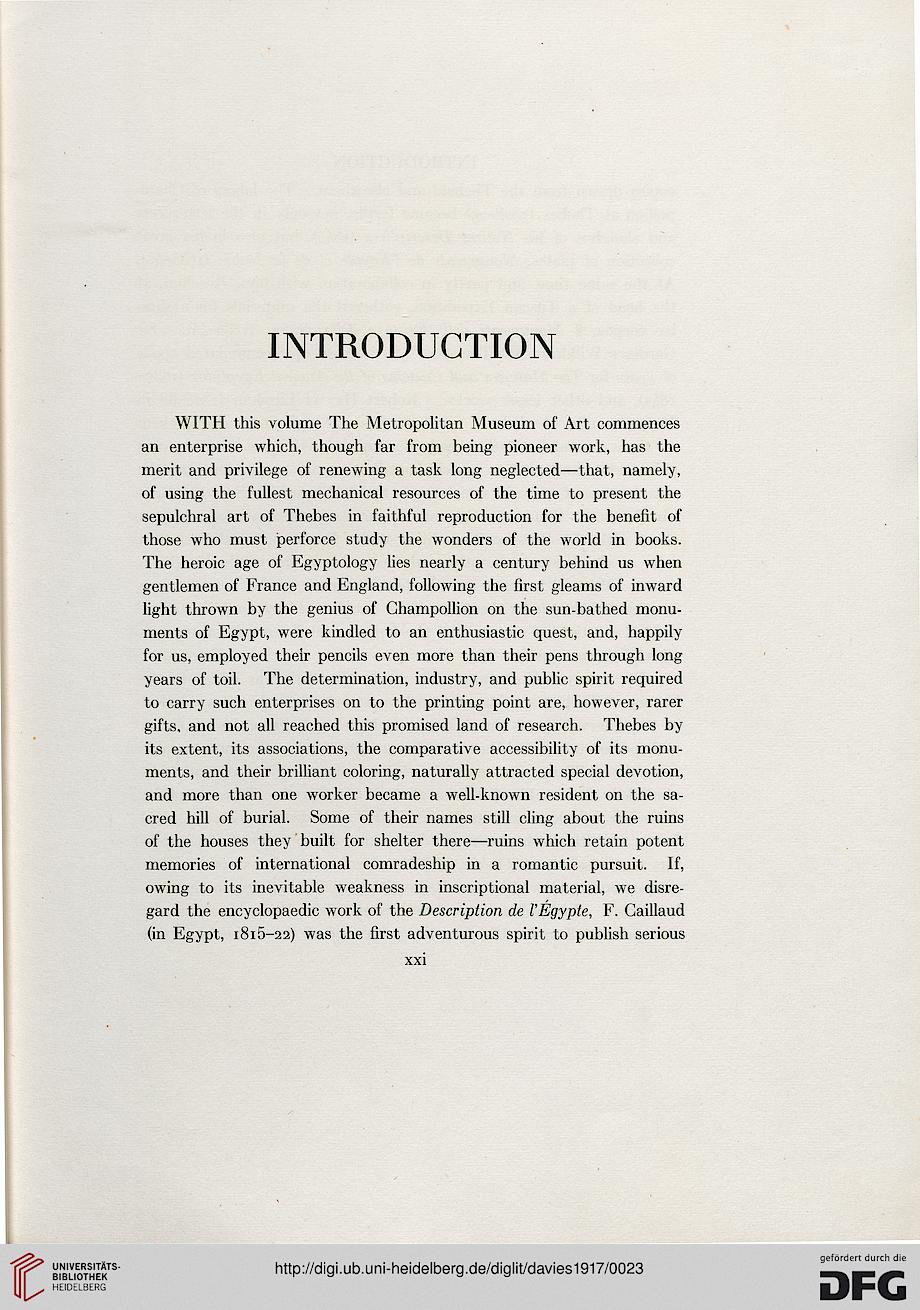 WITH this volume The Metropolitan Museum of Art commences
an enterprise which, though far from being pioneer work, has the
merit and privilege of renewing a task long neglected—that, namely,
of using the fullest mechanical resources of the time to present the
sepulchral art of Thebes in faithful reproduction for the benefit of
those who must perforce study the wonders of the world in books.
The heroic age of Egyptology lies nearly a century behind us when
gentlemen of France and England, following the first gleams of inward
light thrown by the genius of Ghampollion on the sun-bathed monu-
ments of Egypt, were kindled to an enthusiastic quest, and, happily
for us, employed their pencils even more than their pens through long
years of toil. The determination, industry, and public spirit required
to carry such enterprises on to the printing point are, however, rarer
gifts, and not all reached this promised land of research. Thebes by
its extent, its associations, the comparative accessibility of its monu-
ments, and their brilliant coloring, naturally attracted special devotion,
and more than one worker became a well-known resident on the sa-
cred hill of burial. Some of their names still cling about the ruins
of the houses they built for shelter there—ruins which retain potent
memories of international comradeship in a romantic pursuit. If,
owing to its inevitable weakness in inscriptional material, we disre-
gard the encyclopaedic work of the Description de VEgypte, F. Gaillaud
(in Egypt, i8i5-22) was the first adventurous spirit to publish serious