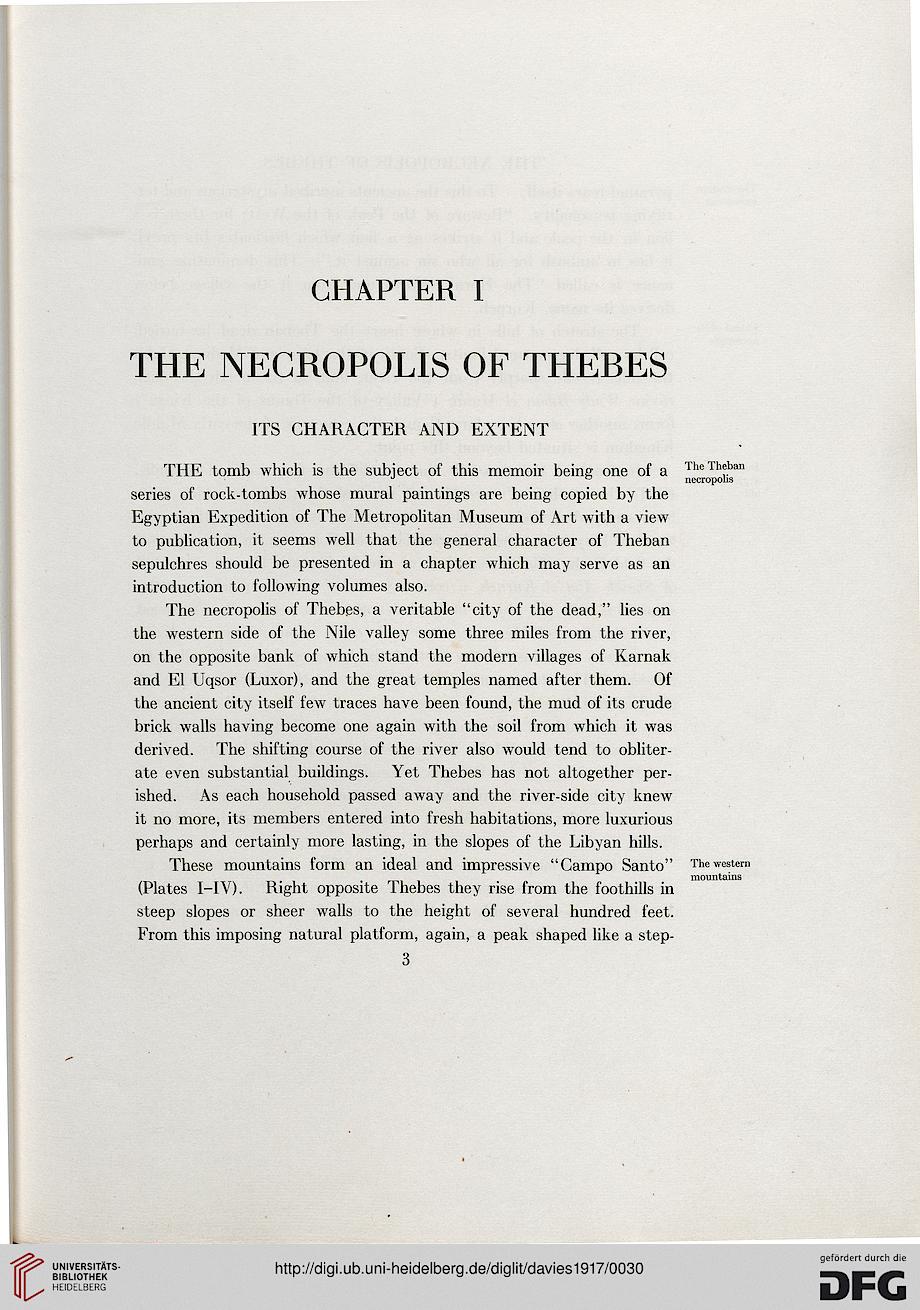 THE NECROPOLIS OF THEBES

ITS CHARACTER AND EXTENT

THE tomb which is the subject of this memoir being one of a
series of rock-tombs whose mural paintings are being copied by the
Egyptian Expedition of The Metropolitan Museum of Art with a view
to publication, it seems well that the general character of Theban
sepulchres should be presented in a chapter which may serve as an
introduction to following volumes also.

The necropolis of Thebes, a veritable "city of the dead," lies on
the western side of the Nile valley some three miles from the river,
on the opposite bank of which stand the modern villages of Karnak
and El Uqsor (Luxor), and the great temples named after them. Of
the ancient city itself few traces have been found, the mud of its crude
brick walls having become one again with the soil from which it was
derived. The shifting course of the river also would tend to obliter-
ate even substantial buildings. Yet Thebes has not altogether per-
ished. As each household passed away and the river-side city knew
it no more, its members entered into fresh habitations, more luxurious
perhaps and certainly more lasting, in the slopes of the Libyan hills.

These mountains form an ideal and impressive "Campo Santo"
(Plates I-IV). Right opposite Thebes they rise from the foothills in
steep slopes or sheer walls to the height of several hundred feet.
From this imposing natural platform, again, a peak shaped like a step-