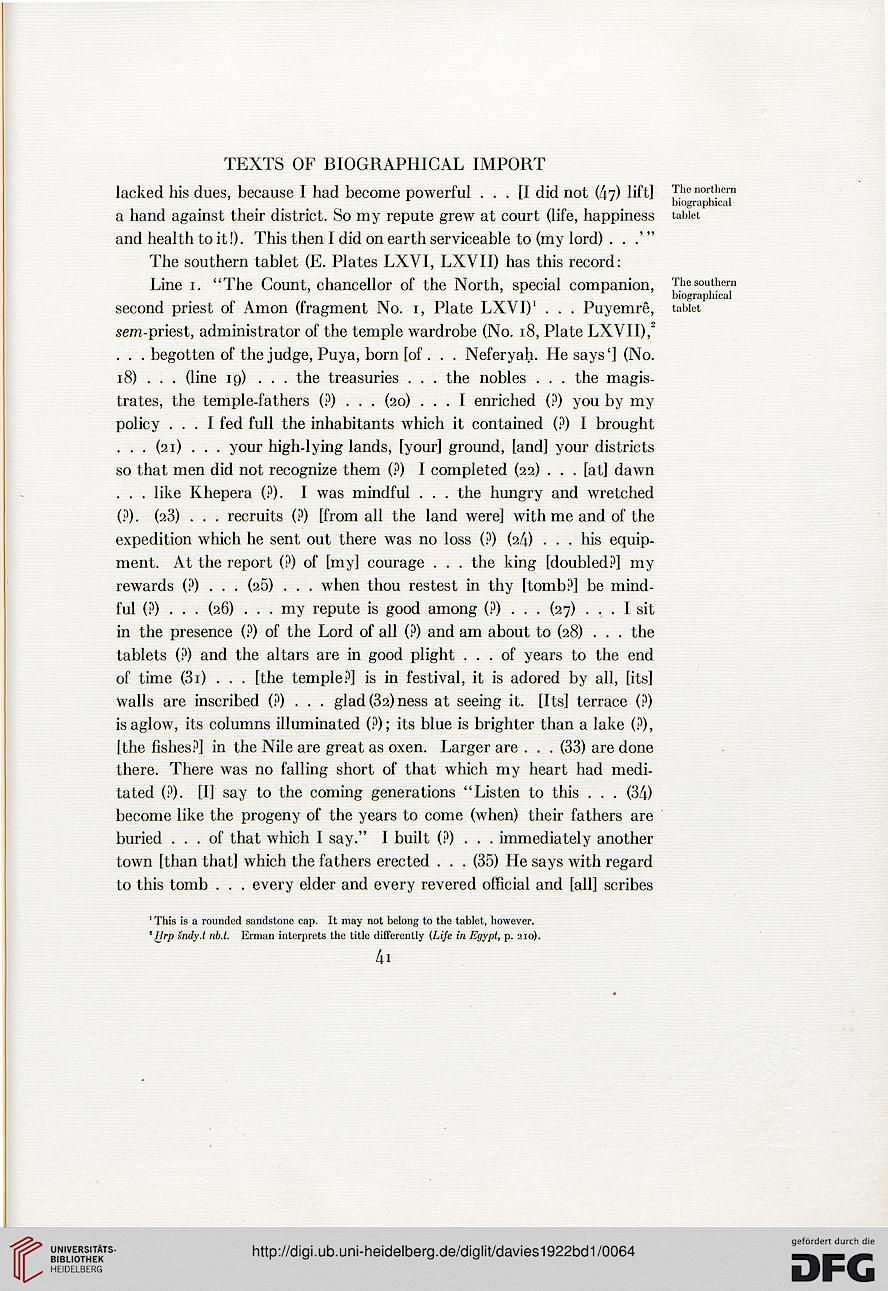 1 This is a rounded sandstone cap. It may not belong to the tablet, however.