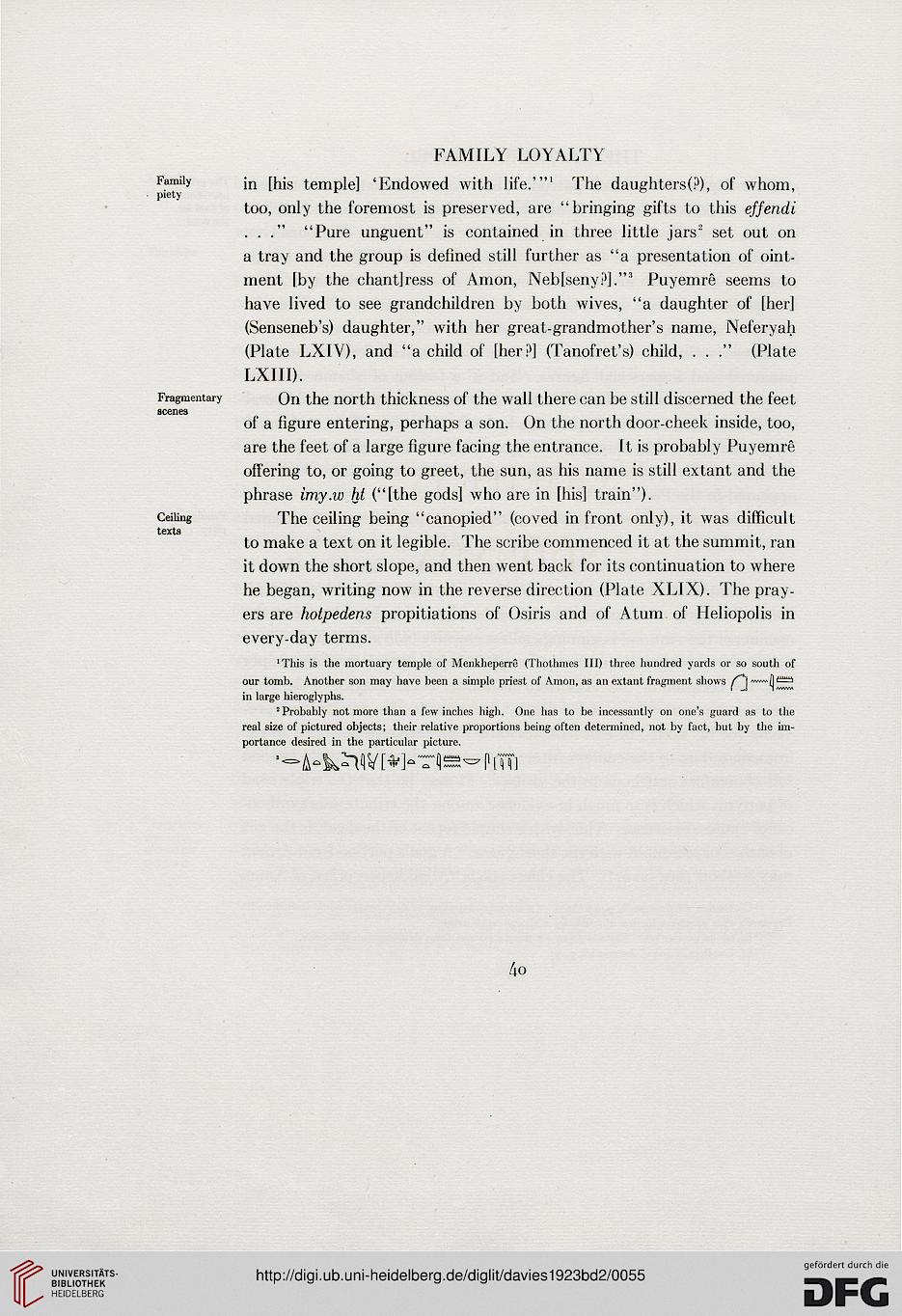 in [his temple] 'Endowed with life.' The daughters(P), of whom,
too, only the foremost is preserved, are "bringing gifts to this effendi
. . .' "Pure unguent" is contained in three little jars2 set out on
a tray and the group is defined still further as "a presentation of oint-
ment [by the chantlress of Amon, JNeb[senyP]."3 Puyemre seems to
have lived to see grandchildren by both wives, "a daughter of [her]
(Senseneb's) daughter," with her great-grandmother's name, Neferyah
(Plate LXl'V), and "a child of [herP] (Tanofret's) child, . . ." (Plate
LXI1I).

On the north thickness of the wall there can be still discerned the feet
of a figure entering, perhaps a son. On the north door-cheek inside, too,
are the feet of a large figure facing the entrance. It is probably Puyemre
offering to, or going to greet, the sun, as his name is still extant and the
phrase imy.w ht ("[the gods] who are in [his] train").

The ceiling being "canopied" (coved in front only), it was difficult
to make a text on it legible. The scribe commenced it at the summit, ran
it down the short slope, and then went back for its continuation to where
he began, writing now in the reverse direction (Plate XLIX). The pray-
ers are hotpedens propitiations of Osiris and of Atum of Heliopolis in
everyday terms.

xThis is the mortuary temple of Menkheperre (Thothmes III) three hundred yards or so south of
our tomb. Another son may have been a simple priest of Amon, as an extant fragment shows /j ~vw«j]i^i
in large hieroglyphs.

2 Probably not more than a few inches high. One has to be incessantly on one's guard as to the
real size of pictured objects; their relative proportions being often determined, not by fact, but by the im-
portance desired in the particular picture.