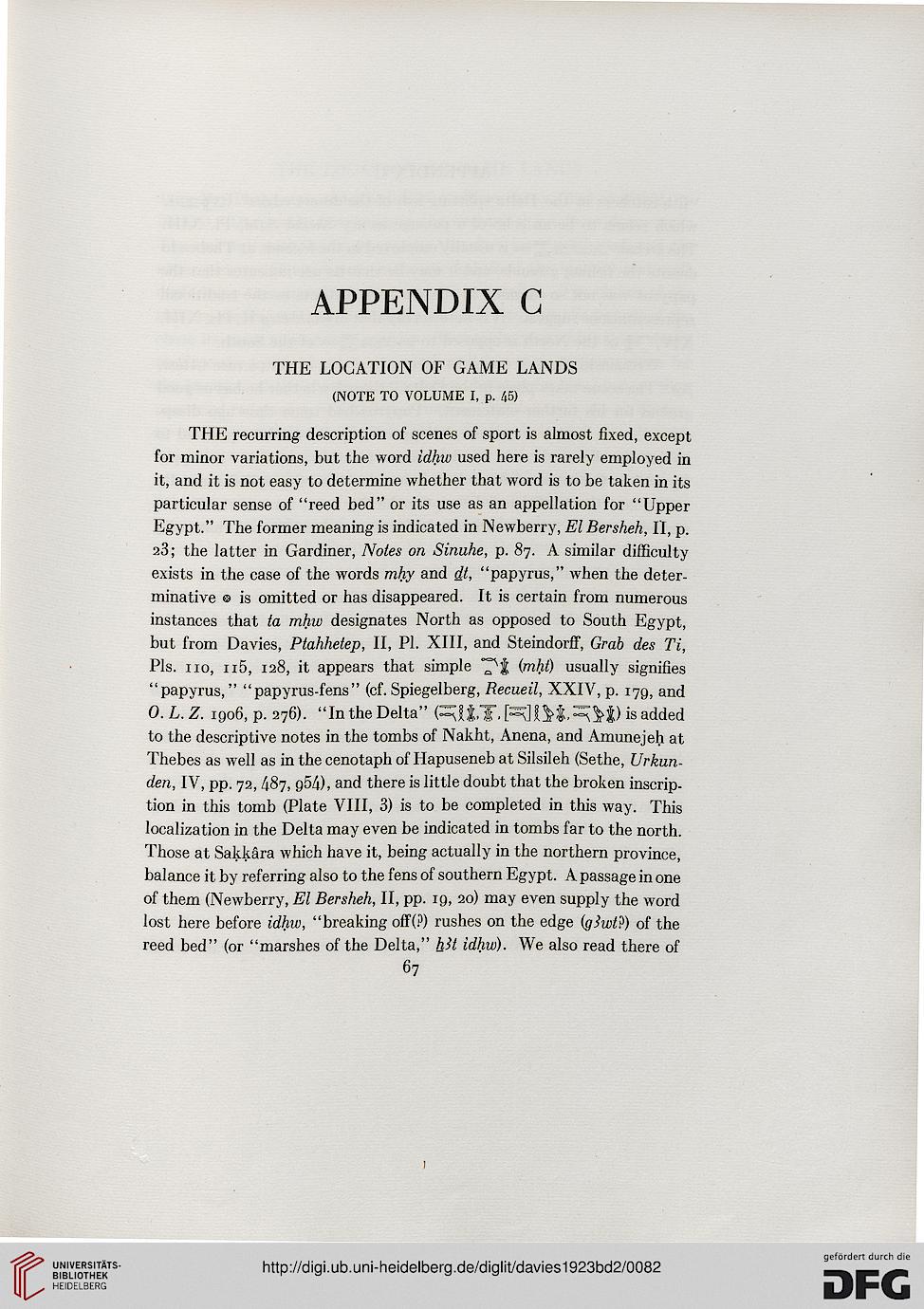 THE LOCATION OF GAME LANDS

THE recurring description of scenes of sport is almost fixed, except
for minor variations, but the word idhw used here is rarely employed in
it, and it is not easy to determine whether that word is to be taken in its
particular sense of "reed bed" or its use as an appellation for "Upper
Egypt." The former meaning is indicated in Newberry, El Bersheh, II, p.
23; the latter in Gardiner, Notes on Sinuhe, p. 87. A similar difficulty
exists in the case of the words mhy and dt, "papyrus," when the deter-
minative © is omitted or has disappeared. It is certain from numerous
instances that ta mhw designates North as opposed to South Egypt,
but from Davies, Ptahhetep, II, PL XIII, and Steindorff, Grab des Ti,
Pis. no, n5, 128, it appears that simple ~^$ (mht) usually signifies
"papyrus," "papyrus-fens" (cf. Spiegelberg, Recueil, XXIV, p. 179, and
O.L.Z. 1906, p. 276). "In the Delta" RltTJ^JIM^M) is added
to the descriptive notes in the tombs of Nakht, Anena, and Amunejeh at
Thebes as well as in the cenotaph of Hapuseneb at Silsileh (Sethe, Urkun-
den, IV, pp. 72, 487, 954), and there is little doubt that the broken inscrip-
tion in this tomb (Plate VIII, 3) is to be completed in this way. This
localization in the Delta may even be indicated in tombs far to the north.
Those at Sakkara which have it, being actually in the northern province,
balance it by referring also to the fens of southern Egypt. A passage in one
of them (Newberry, El Bersheh, II, pp. 19, 20) may even supply the word
lost here before idhw, "breaking ofF(P) rushes on the edge (glwt?) of the
reed bed" (or "marshes of the Delta," hU idhw). We also read there of