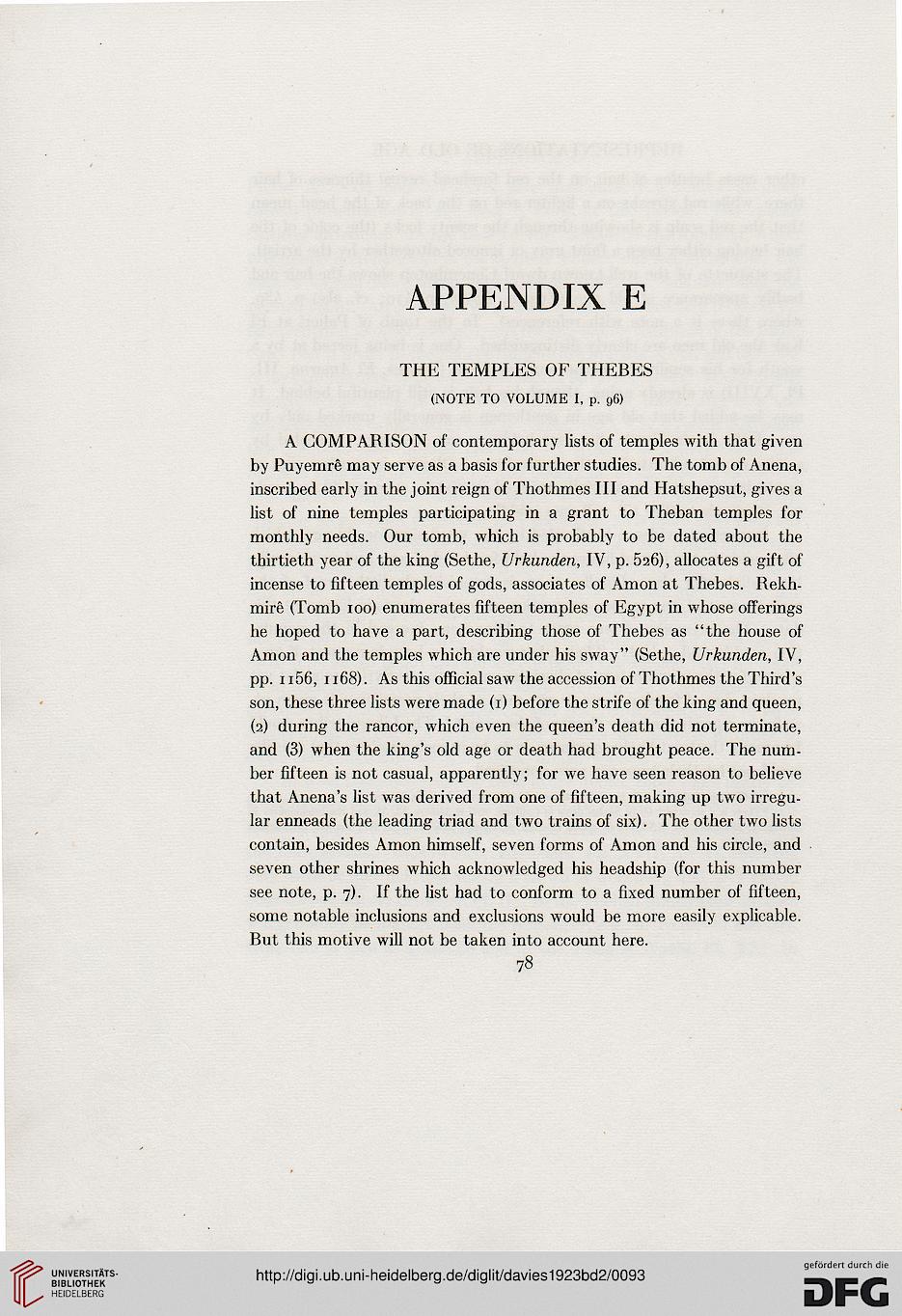 THE TEMPLES OF THEBES

A COMPARISON of contemporary lists of temples with that given
by Puyemre may serve as a basis for further studies. The tomb of Anena,
inscribed early in the joint reign of Thothmes III and Hatshepsut, gives a
list of nine temples participating in a grant to Theban temples for
monthly needs. Our tomb, which is probably to be dated about the
thirtieth year of the king (Sethe, Urkunden, IV, p. 526), allocates a gift of
incense to fifteen temples of gods, associates of Amon at Thebes. Rekh-
mire (Tomb 100) enumerates fifteen temples of Egypt in whose offerings
he hoped to have a part, describing those of Thebes as "the house of
Amon and the temples which are under his sway" (Sethe, Urkunden, IV,
pp. 1156, 1168). As this official saw the accession of Thothmes the Third's
son, these three lists were made (1) before the strife of the king and queen,
(2) during the rancor, which even the queen's death did not terminate,
and (3) when the king's old age or death had brought peace. The num-
ber fifteen is not casual, apparently; for we have seen reason to believe
that Anena's list was derived from one of fifteen, making up two irregu-
lar enneads (the leading triad and two trains of six). The other two lists
contain, besides Amon himself, seven forms of Amon and his circle, and
seven other shrines which acknowledged his headship (for this number
see note, p. 7). If the list had to conform to a fixed number of fifteen,
some notable inclusions and exclusions would be more easily explicable.
But this motive will not be taken into account here.