Evans, Arthur
The earlier religion of Greece in the light of Cretan discoveries — London, 1931

Facsimile
Note: This is an additional scan to display the colour reference chart and scalebar.
0.5
1 cm 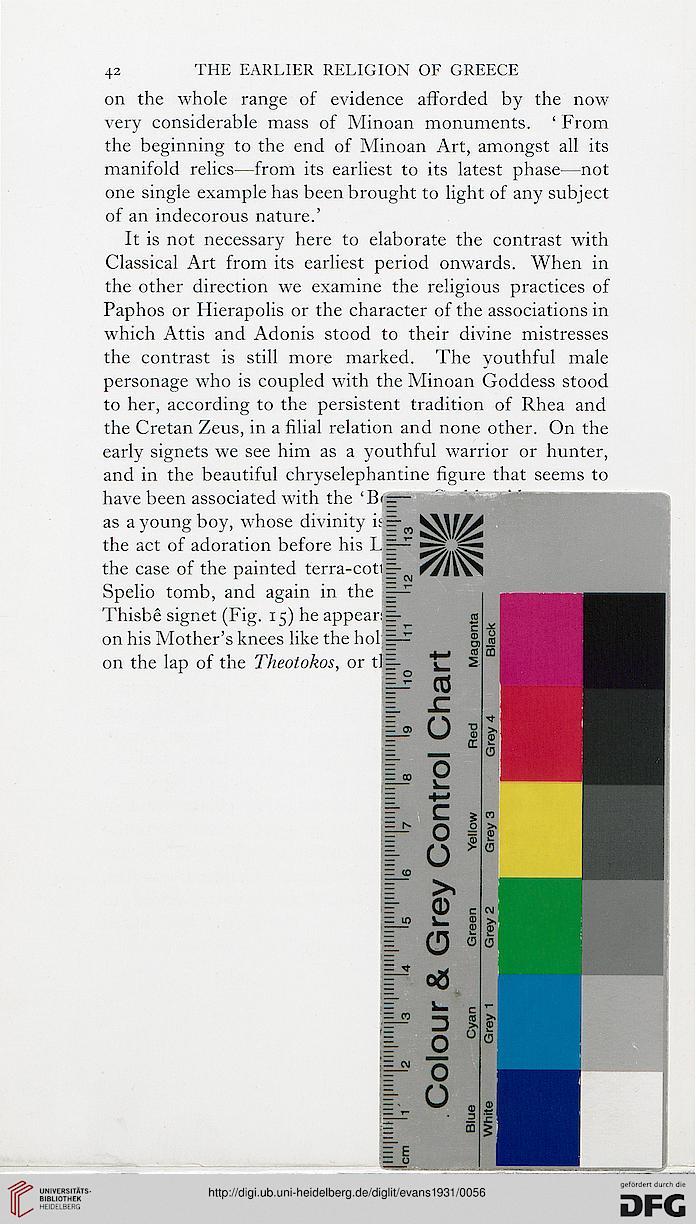 on the whole range of evidence afforded by the now
very considerable mass of Minoan monuments. ' From
the beginning to the end of Minoan Art, amongst all its
manifold relics—from its earliest to its latest phase—not
one single example has been brought to light of any subject
of an indecorous nature.'

It is not necessary here to elaborate the contrast with
Classical Art from its earliest period onwards. When in
the other direction we examine the religious practices of
Paphos or Hierapolis or the character of the associations in
which Attis and Adonis stood to their divine mistresses
the contrast is still more marked. The youthful male
personage who is coupled with the Minoan Goddess stood
to her, according to the persistent tradition of Rhea and
the Cretan Zeus, in a filial relation and none other. On the
early signets we see him as a youthful warrior or hunter,
and in the beautiful chryselephantine figure that seems to
have been associated with the 'Birr-
as a young boy, whose divinity ii=mm
the act of adoration before his le-^
the case of the painted terra-cot™
Spelio tomb, and again in the e-17
Thisbe signet (Fig. 15) he appear: e-
on his Mother's knees like the hoi e-^
on the lap of the Theotokos, or tl=-