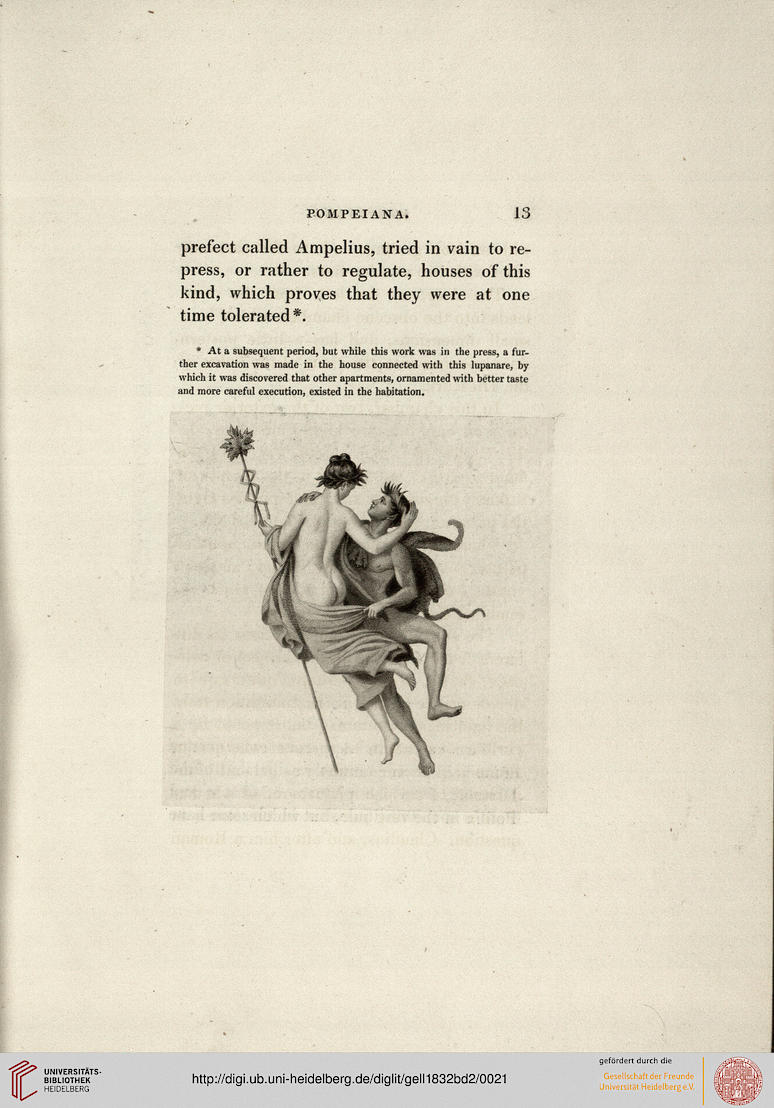 prefect called Ampelius, tried in vain to re-
press, or rather to regulate, houses of this
kind, which proves that they were at one
time tolerated*.

* At a subsequent period, but while this work was in the press, a fur-
ther excavation was made in the house connected with this lupanare, by
which it was discovered that other apartments, ornamented with better taste
and more careful execution, existed in the habitation.