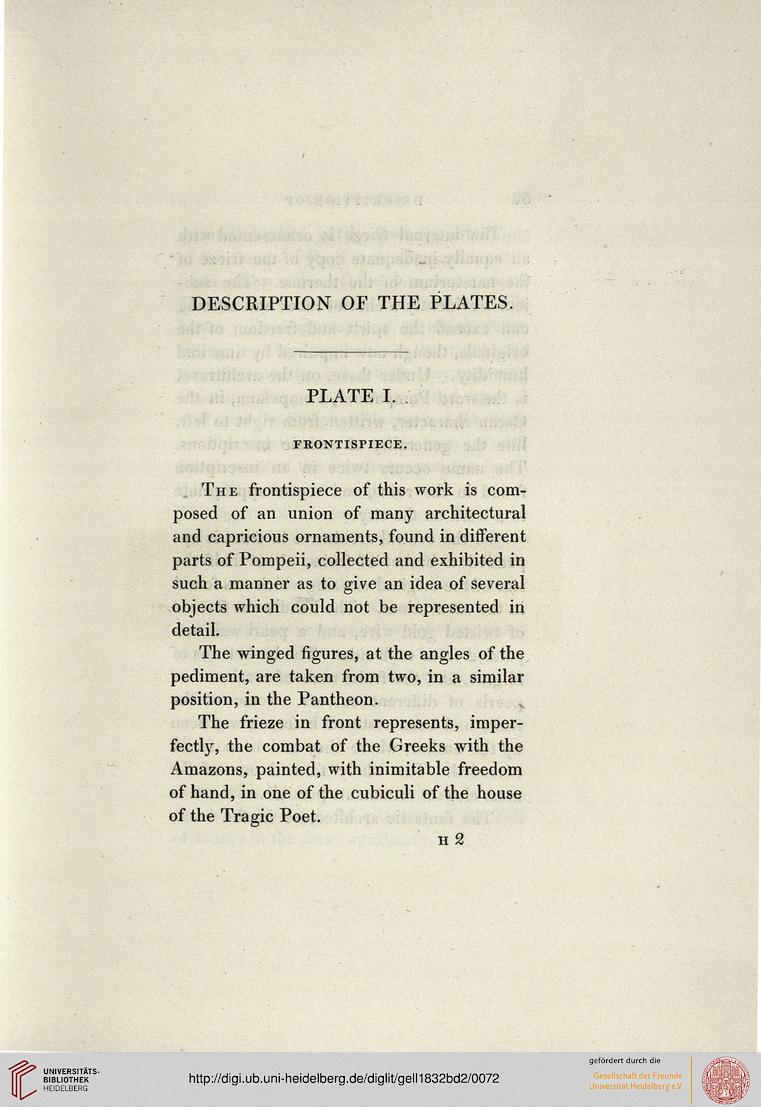 The frontispiece of this work is com-
posed of an union of many architectural
and capricious ornaments, found in different
parts of Pompeii, collected and exhibited in
such a manner as to give an idea of several
objects which could not be represented in
detail.

The winged figures, at the angles of the
pediment, are taken from two, in a similar
position, in the Pantheon.

The frieze in front represents, imper-
fectly, the combat of the Greeks with the
Amazons, painted, with inimitable freedom
of hand, in one of the cubiculi of the house
of the Tragic Poet.