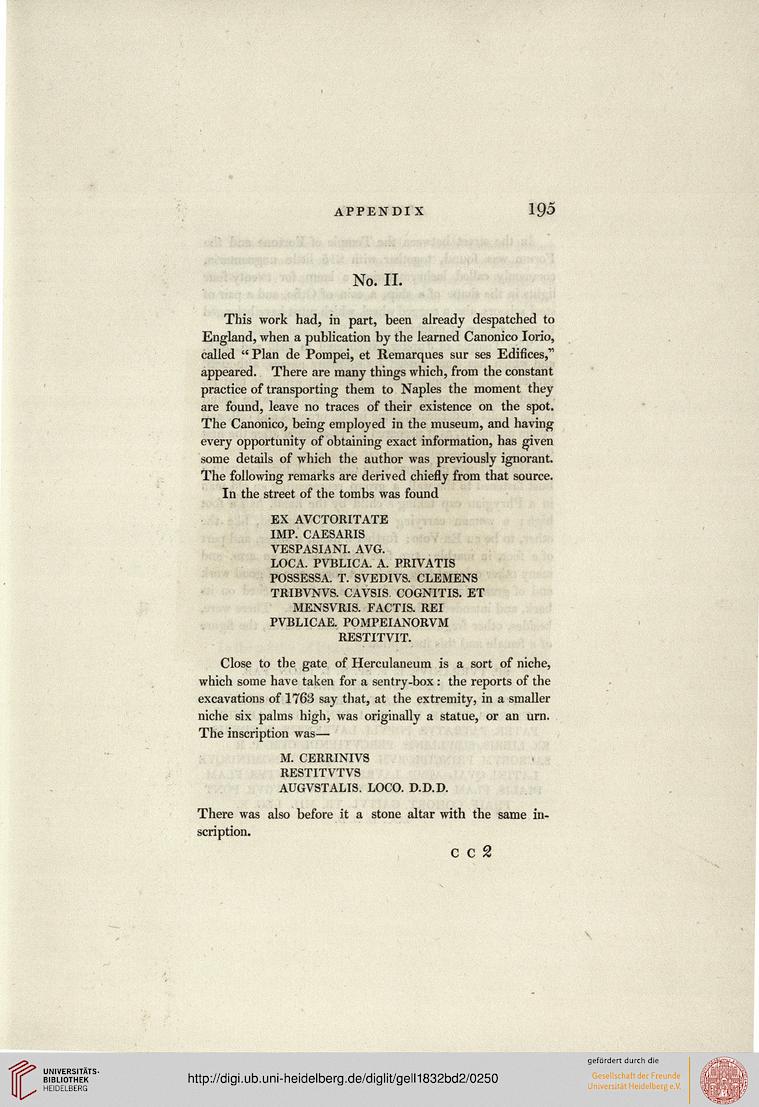 This work had, in part, been already despatched to
England, when a publication by the learned Canonico Iorio,
called "Plan de Pompei, et Remarques sur ses Edifices,"
appeared. There are many things which, from the constant
practice of transporting them to Naples the moment they
are found, leave no traces of their existence on the spot.
The Canonico, being employed in the museum, and having
every opportunity of obtaining exact information, has given
some details of which the author was previously ignorant.
The following remarks are derived chiefly from that source.

In the street of the tombs was found

Close to the gate of Herculaneum is a sort of niche,
which some have taken for a sentry-box: the reports of the
excavations of 1763 say that, at the extremity, in a smaller
niche six palms high, was originally a statue, or an urn.
The inscription was—

There was also before it a stone altar with the same in-
scription.