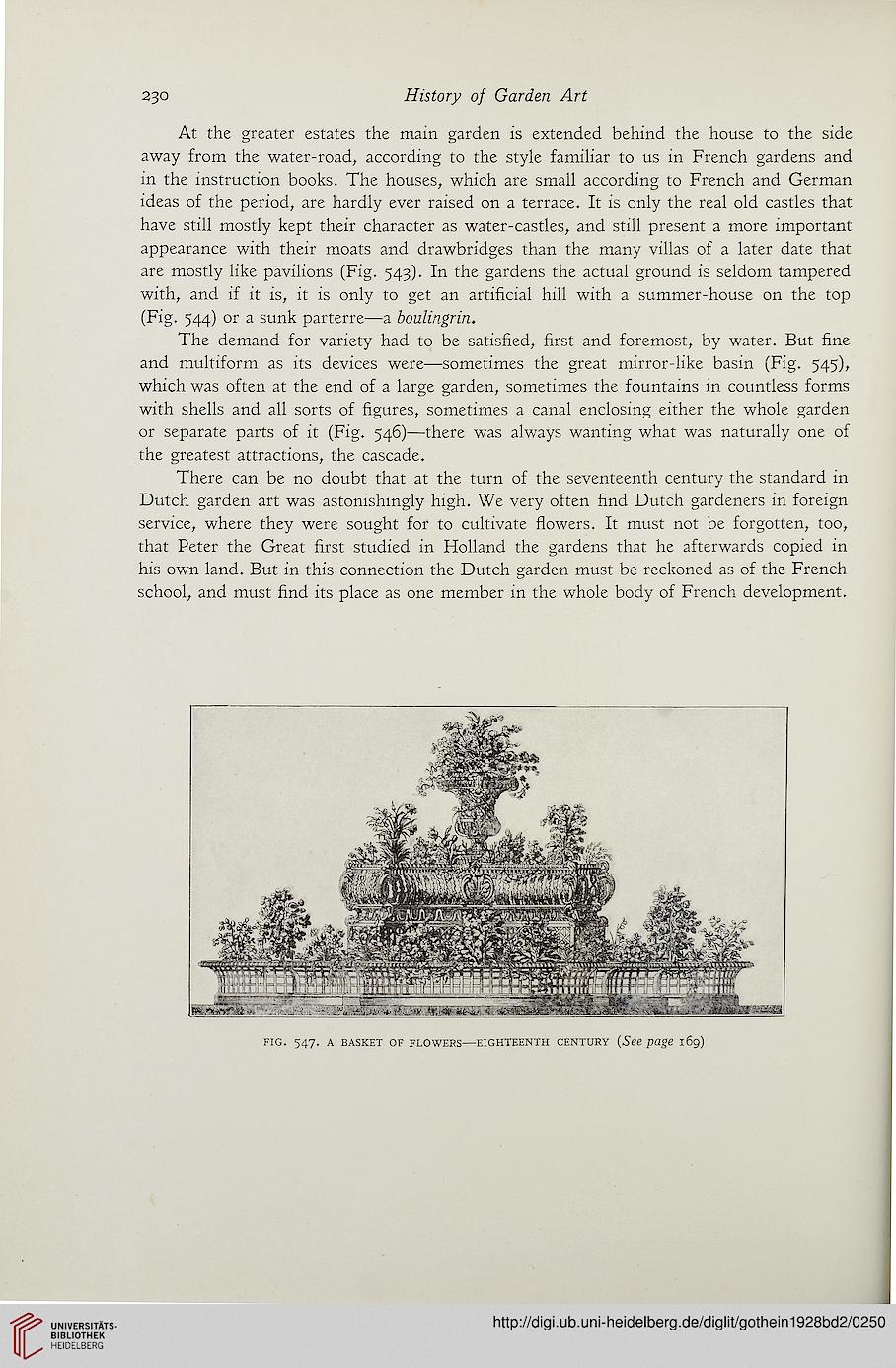 At the greater estates the main garden is extended behind the house to the side
away from the water-road, according to the style familiar to us in French gardens and
in the instruction books. The houses, which are small according to French and German
ideas of the period, are hardly ever raised on a terrace. It is only the real old castles that
have still mostly kept their character as water-castles, and still present a more important
appearance with their moats and drawbridges than the many villas of a later date that
are mostly like pavilions (Fig. 543). In the gardens the actual ground is seldom tampered
with, and if it is, it is only to get an artificial hill with a summer-house on the top
(Fig. 544) or a sunk parterre—a boulingriru

The demand for variety had to be satisfied, first and foremost, by water. But fine
and multiform as its devices were—sometimes the great mirror-like basin (Fig. 545),
which was often at the end of a large garden, sometimes the fountains m countless forms
with shells and all sorts of figures, sometimes a canal enclosing either the whole garden
or separate parts of it (Fig. 546)—there was always wanting what was naturally one of
the greatest attractions, the cascade.

There can be no doubt that at the turn of the seventeenth century the standard in
Dutch garden art was astonishingly high. We very often find Dutch gardeners in foreign
service, where they were sought for to cultivate flowers. It must not be forgotten, too,
that Peter the Great first studied in Holland the gardens that he afterwards copied in
his own land. But in this connection the Dutch garden must be reckoned as of the French
school, and must find its place as one member in the whole body of French development.