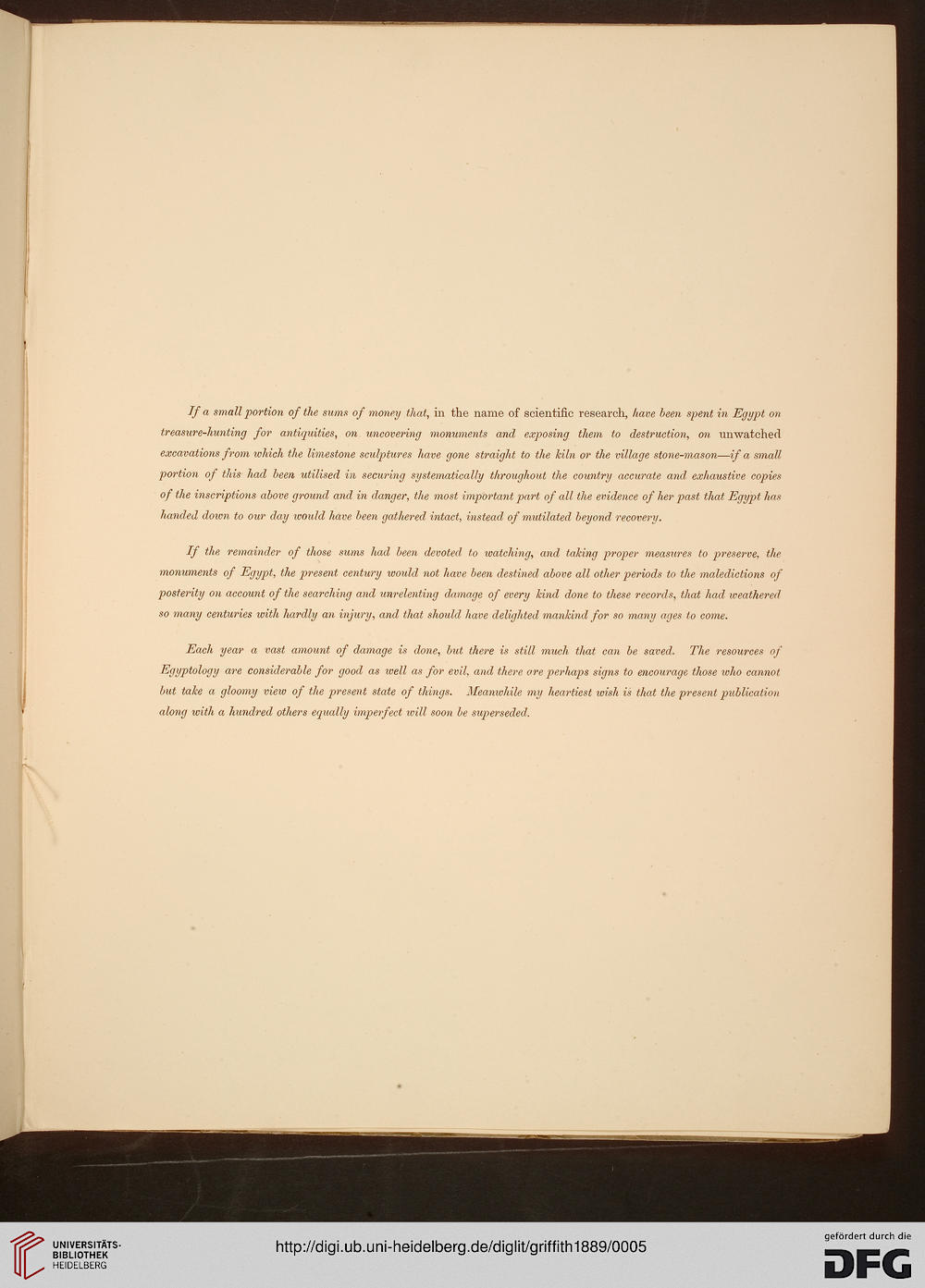 Hinweise zum OCR-Text
If a small portion of the sums of money that, in the name of scientific research, have been spent in Egypt on
treasure-hunting for antiquities, on uncovering monuments and exposing them to destruction, on tnrwatched
excavations from which the limestone sculptures have gone straight to the kiln or the village stone-mason—if a small
portion, of this had been utilised in securing systematically throughout the country accurate and exhaustive copies
of the inscriptions above ground and in danger, the most important part of all the evidence of her past that Egypt has
handed down to our day ivould have been gathered intact, instead of mutilated beyond recovery.

If the remainder of those sums had been devoted to watching, and taking proper measures to preserve, the
monuments of Egypt, the present century ivould not have been destined above all other periods to the maledictions of
posterity on account of the searching and unrelenting damage of every hind done to these records, that had weathered
so many centuries with hardly an injury, and that should have delighted mankind for so many ages to come.

Each year a vast amount of damage is done, but there is still much that can be saved. The resources of
Egyptology are considerable for good as well as for evil, and there ore perhaps signs to encourage, those who cannot
but take a gloomy view of the present state of things. Meanwhile my heartiest wish is that the present ptiblication
along with a hundred others equally imperfect will soon be superseded.