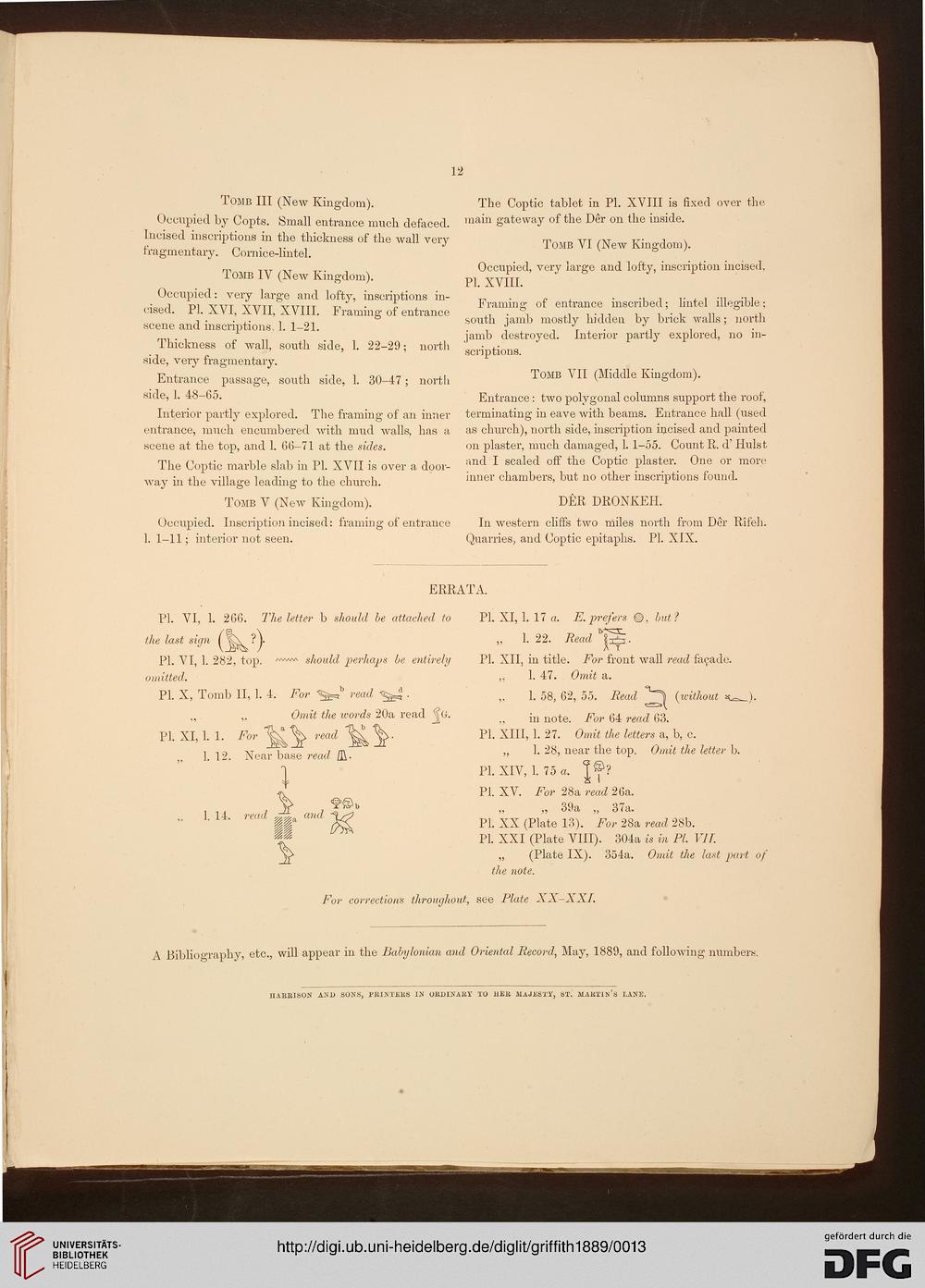 Interior partly explored. The framing of an inner
entrance, much encumbered with mud walls, has a
scene at. the top, and 1. 66-71 at the sides.

The Coptic marble slab in PL XVII is over a door-
way in the village leading to the church.

The Coptic tablet in PL XVIII is fixed over the
main gateway of the Der on the inside.

Entrance: two polygonal columns support the roof,
terminating in eave with beams. Entrance hall (used
as church), north side, inscription incised and painted
on plaster, much damaged, 1. 1-55. Count R. d' Hulst
and I scaled off the Coptic plaster. One or more
inner chambers, but no other inscriptions found.

For corrections throughout, see Plate XX-XXI.

A Bibliography, etc., will appear in the Babylonian and Oriental Record, May, 1889, and following numbers.