Grose, Francis
Rules For Drawing Caricaturas: With An Essay On Comic Painting — London, [1795?] 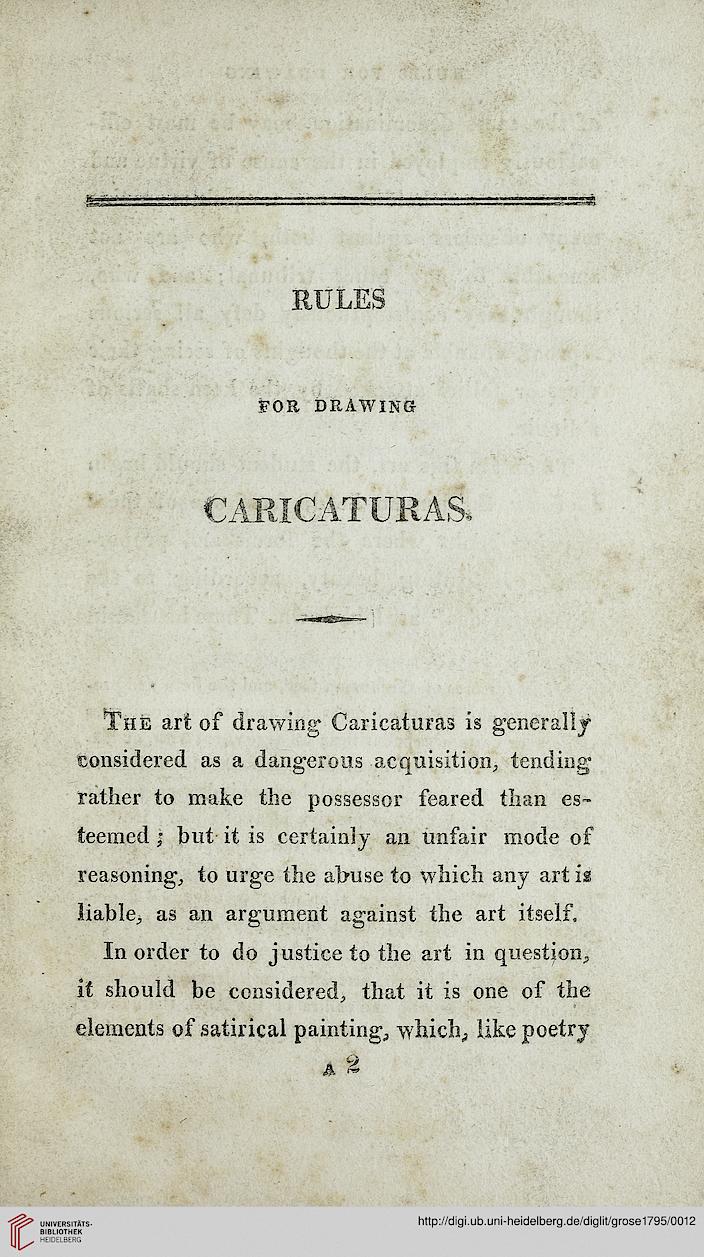 *The art of drawing Caricaturas is generally
considered as a dangerous acquisition, tending
rather to make the possessor feared than es-
teemed ; but it is certainly an unfair mode of
reasoning, to urge the abuse to which any art is
liable, as an argument against the art itself.

In order to do justice to the art in question,
it should be considered, that it is one of the
elements of satirical painting, which, like poetry