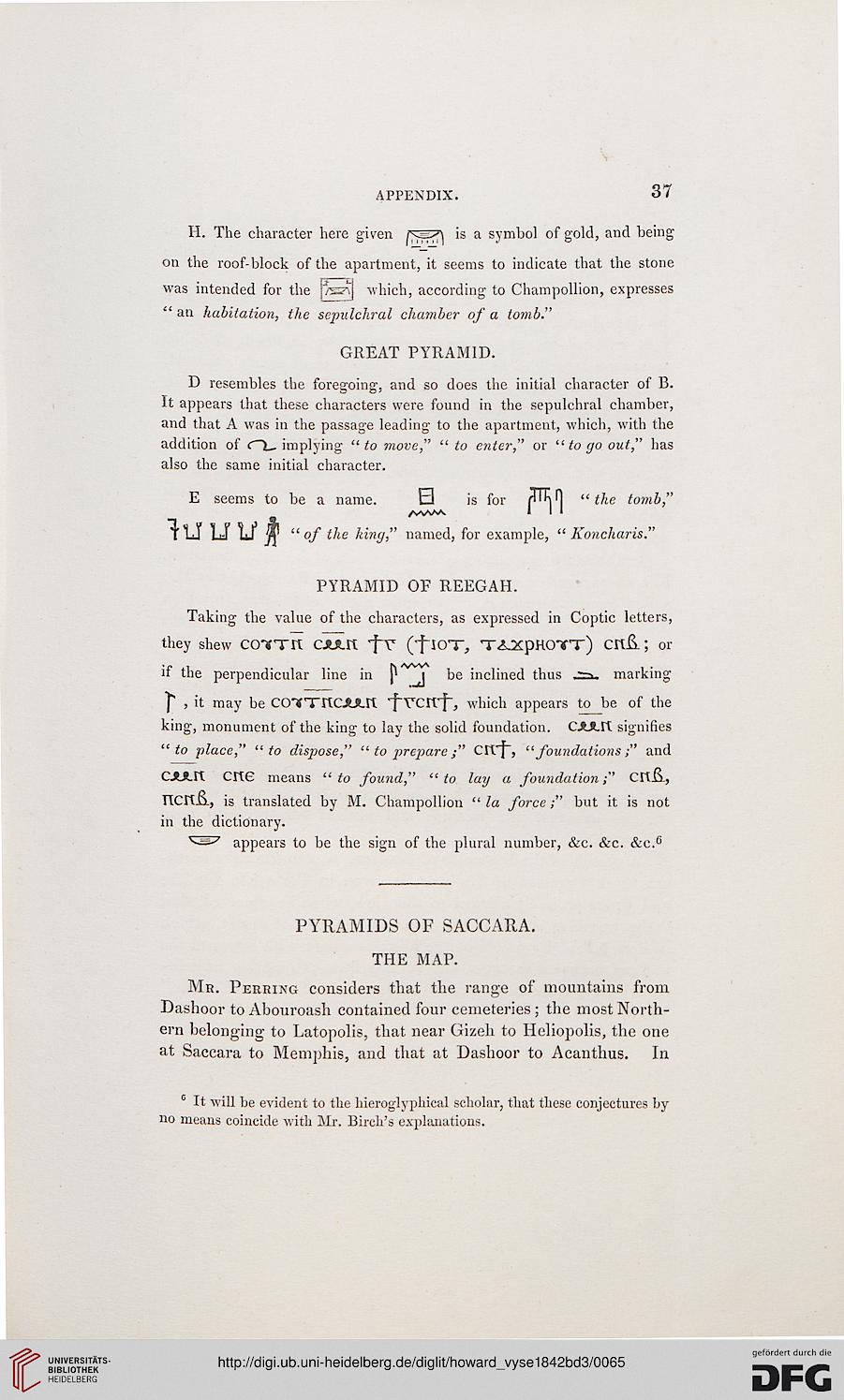 H. The character here given f^s\ is a symbol of gold, and being
on the roof-block of the apartment, it seems to indicate that the stone
was intended for the f/s^j which, according to Champollion, expresses
" an habitation, the sepulchral chamber of a tomb."

D resembles the foregoing, and so does the initial character of B.
It appears that these characters were found in the sepulchral chamber,
and that A was in the passage leading to the apartment, which, with the
addition of O- implying " to move," " to enter," or " to go out," has
also the same initial character.

PYRAMID OF REEGAH.
Taking the value of the characters, as expressed in Coptic letters,
they shew CCntTIt CJU.lt 'fr (*f IOT, TT^pHOTfx) Cltft.; or
if the perpendicular line in be inclined thus jsu marking

Is , it may be CO^TItCJU.n: 'fvcrt'f", which appears to be of the
king, monument of the king to lay the solid foundation. CJULIt signifies
"to place," "to dispose," " to prepare;" Civf", "foundations;" and
CJULIt Cite means "to found," "to lay a foundation;" CIt&,
ncitii, is translated by M. Champollion " la force;" but it is not
in the dictionary.

PYRAMIDS OF SACCAItA.
THE MAP.

Mn. Perring considers that the range of mountains from
Dashoor to Abouroash contained four cemeteries ; the most North-
ern belonging to Latopolis, that near Gizeh to Heliopolis, the one
at Saccara to Memphis, and that at Dashoor to Acanthus. In

c It will be evident to the hieroglyphical scholar, tliat these conjectures by
no means coincide with Mr. Birch's explanations.