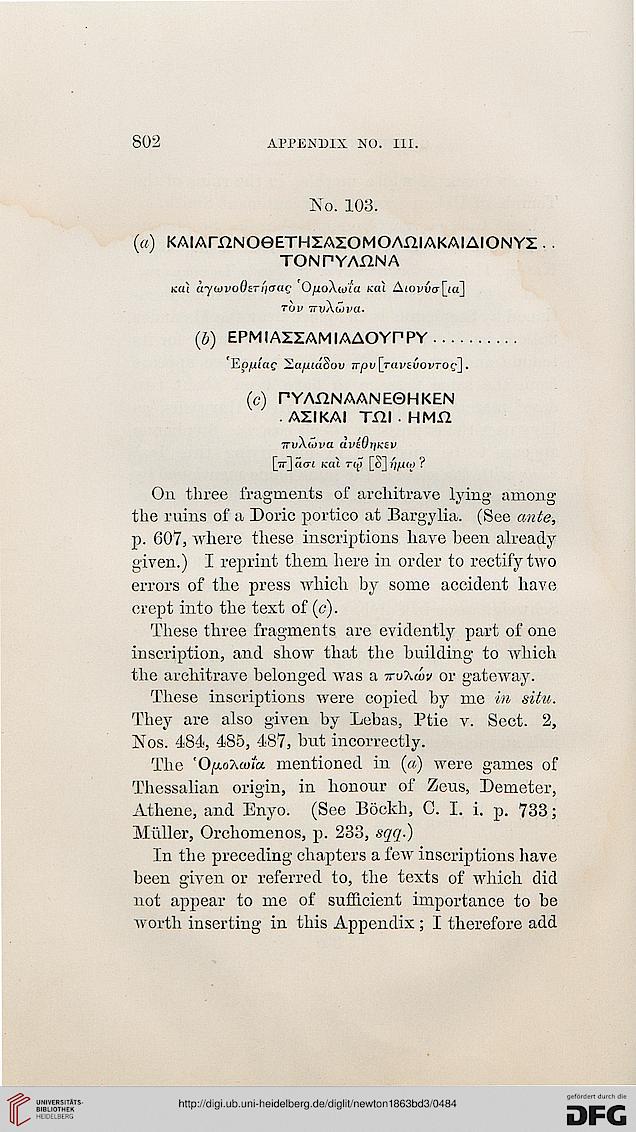 On three fragments of architrave lying among
the ruins of a Doric portico at Bargylia. (See ante,
p. 607, where these inscriptions have been already
given.) I reprint them here in order to rectify two
errors of the press which by some accident have
crept into the text of (c).

These three fragments are evidently part of one
inscription, and show that the building to which
the architrave belonged was a 7ruAa>v or gateway.

In the preceding chapters a few inscriptions have
been given or referred to, the texts of which did
not appear to me of sufficient importance to be
Avorth inserting in this Appendix ; I therefore add