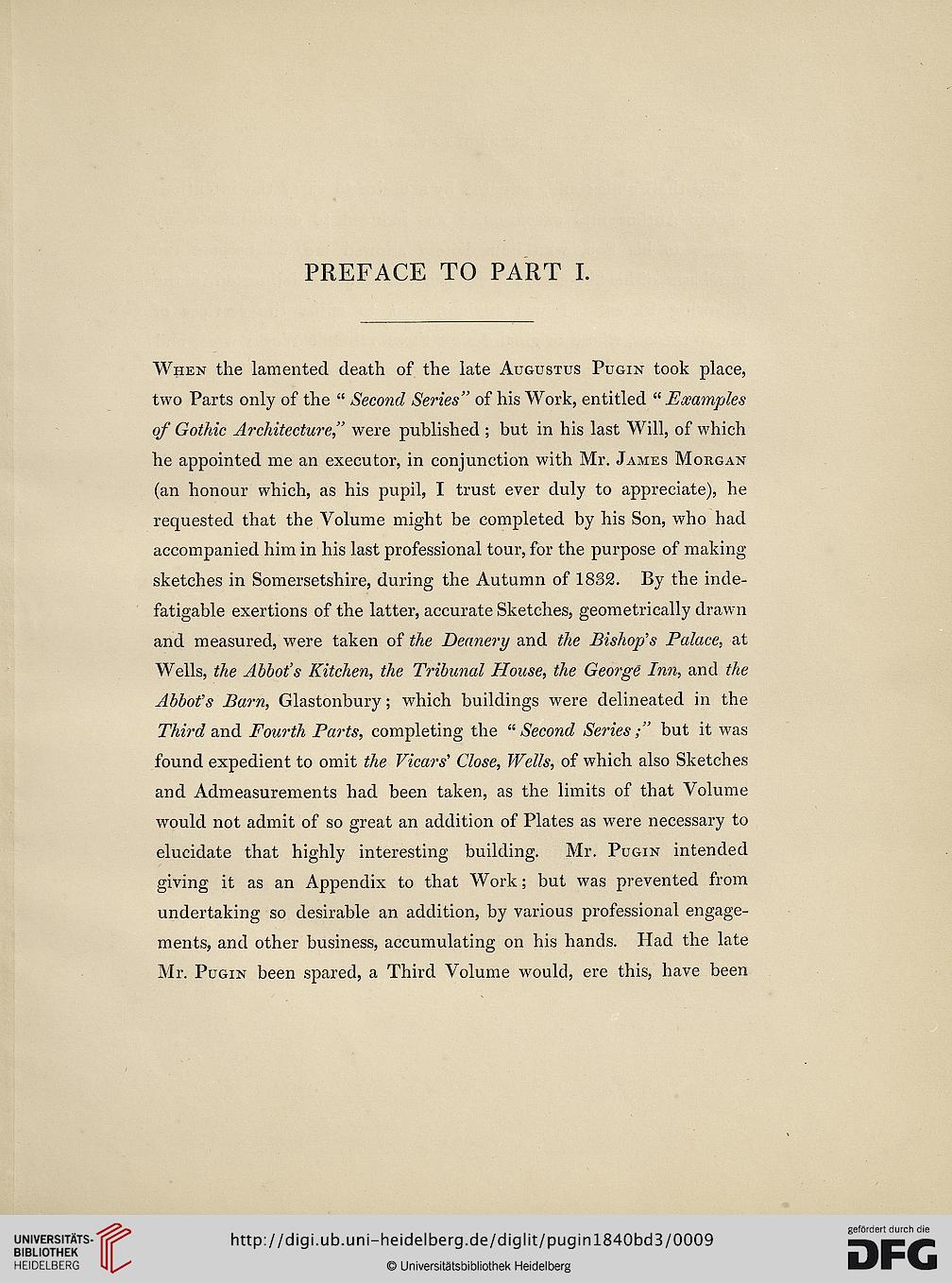 Information about OCR text
PREFACE TO PART I.

Wiien the lamented death of the late Augustus Pugin took place,
two Parts only of the “ Second Series” of his Work, entitled “ Eocamples
of Gothic Architecturef were published ; but in his last Will, of which
he appointed me an executor, in conjunction with Mr. James Morgan
(an honour which, as his pupil, I trust ever duly to appreciate), he
requested that the Volume might be completed by his Son, who had
accompanied him in his last professional tour, for the purpose of making
sketches in Somersetshire, during the Autumn of 1882. By the inde-
fatigable exertions of the latter, accurate Sketches, geometrically drawn
and measured, were taken of the Dennery and the Bishop’s Palace, at
Wells, the Abbot’s Kitchen, the Tribunal House, the George Inn, and the
Abbofs Barn, Glastonbury; which buildings were clelineated in the
Third and Fourth Parts, completing the “ Second Series but it was
found expedient to omit the Vicars' Close, Wells, of which also Sketches
and Admeasurements had been taken, as the limits of that Volume
would not admit of so great an acldition of Plates as were necessary to
elucidate that highly interesting builcling. Mr. Pugin intended
giving it as an Appendix to that Work; but was prevented from
undertaking so desirable an addition, by various professional engage-
ments, and other business, accumulating on his hands. Had the late
Mr. Pugin been spared, a Third Volume would, ere this, have been