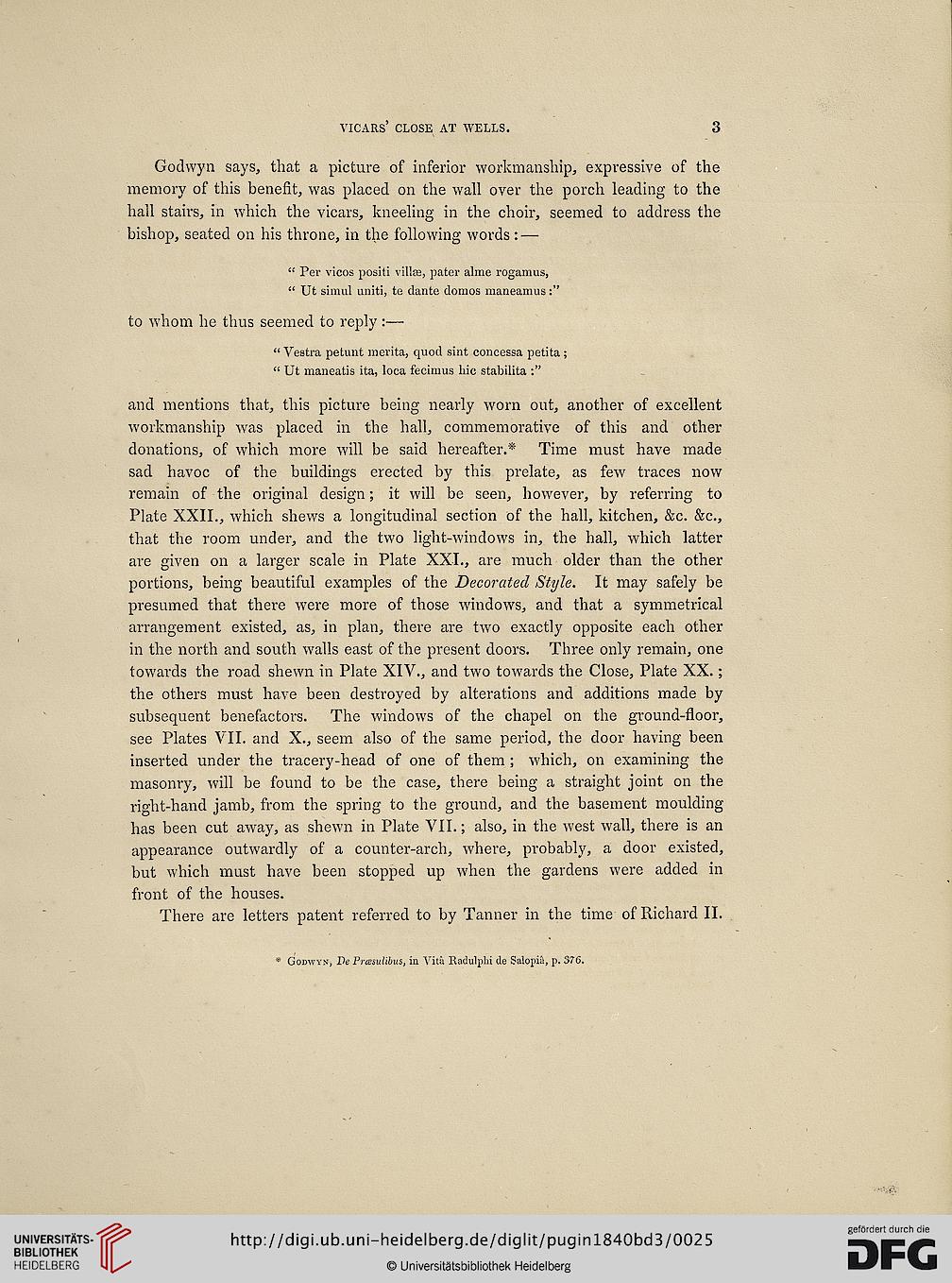 Godwyn says, that a picture of inferior workmanship, expressive of the
memory of this benefit, was placed on the wall over the porch leading to the
hall stairs, in which the vicars, kneeling in the choir, seemed to address the
bishop, seated on his throne, in the following words : —

to whom he thus seemed to reply:—

and mentions that, this picture being nearly worn out, another of excellent
workmanship was placed in the hall, commemorative of this and other
donations, of which more will be said hereafter.* Time must have made
sad havoc of the buildings erected by this prelate, as few traces now
remain of the original design; it will be seen, however, by referring to
Plate XXII., which shews a longitudinal section of the hall, kitchen, &c. &c.,
that the room under, and the two light-windows in, the hall, which latter
are given on a larger scale in Plate XXI., are much older than the other
portions, being beautiful examples of the Decorcitecl Style. It may safely be
presumed that there were more of those windows, and that a symmetrical
arrangement existed, as, in plan, there are two exactly opposite each other
in the north and south walls east of the present doors. Three only remain, one
towards the road shewn in Plate XIV., and two towards the Close, Plate XX.;
the others must have been destroyed by alterations and additions made by
subsequent benefactors. The windows of the chapel on the ground-floor,
see Plates VII. and X., seem also of the same period, the door having been
inserted under the tracery-head of one of them ; which, on examining the
masonry, will be found to be the case, there being a straight joint on the
right-hand jamb, from the spring to the ground, and the basement moulding
has been cut away, as shewn in Plate VII.; also, in the west wall, there is an
appearance outwardly of a counter-arch, where, probably, a door existed,
but which must have been stopped up when the gardens were added in
front of the houses.

There are letters patent referred to by Tanner in the time ofRichard II.