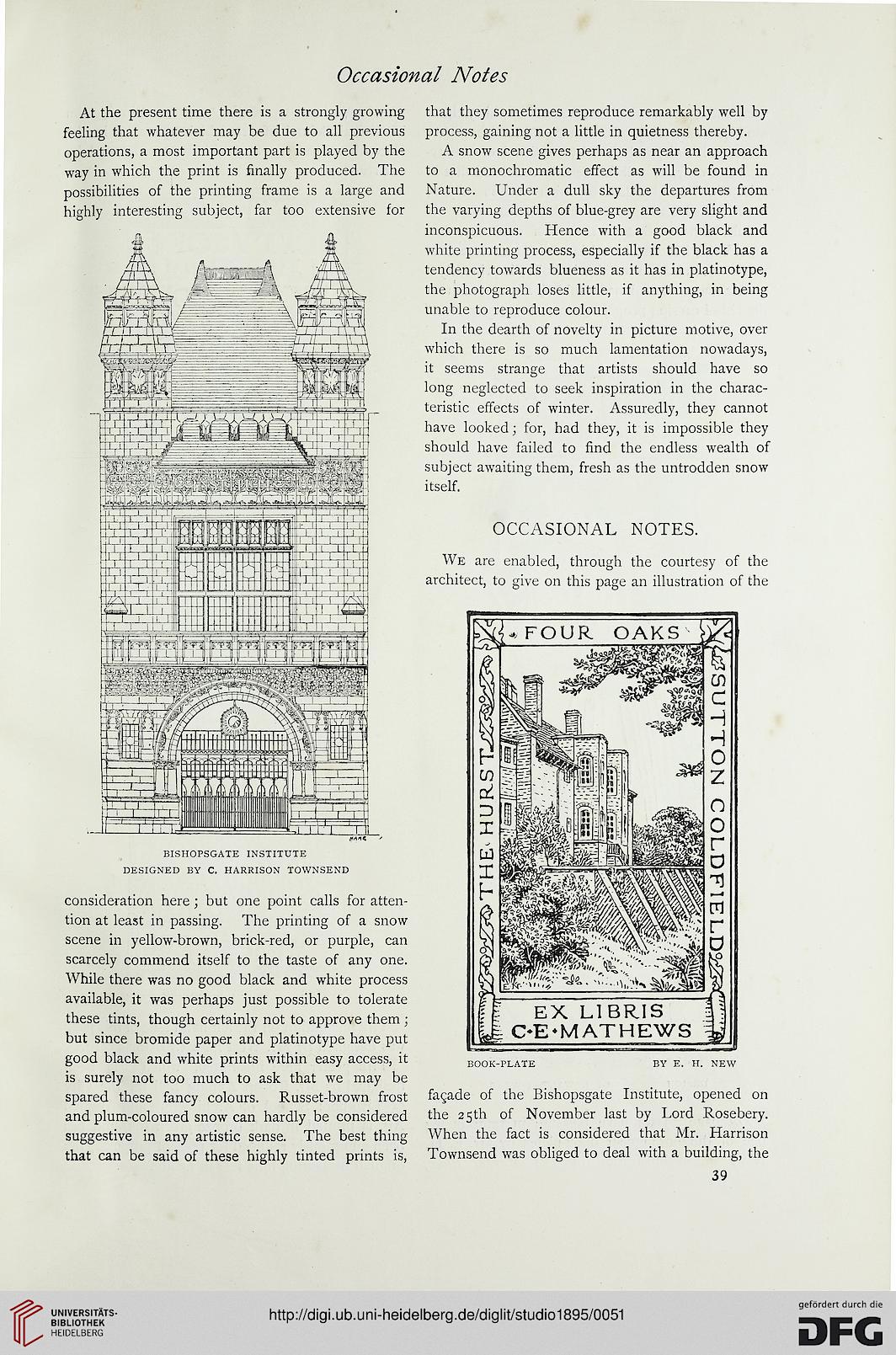 At the present time there is a strongly growing
feeling that whatever may be due to all previous
operations, a most important part is played by the
way in which the print is finally produced. The
possibilities of the printing frame is a large and
highly interesting subject, far too extensive for

consideration here ; but one point calls for atten-
tion at least in passing. The printing of a snow
scene in yellow-brown, brick-red, or purple, can
scarcely commend itself to the taste of any one.
While there was no good black and white process
available, it was perhaps just possible to tolerate
these tints, though certainly not to approve them;
but since bromide paper and platinotype have put
good black and white prints within easy access, it
is surely not too much to ask that we may be
spared these fancy colours. Russet-brown frost
and plum-coloured snow can hardly be considered
suggestive in any artistic sense. The best thing
that can be said of these highly tinted prints is,

that they sometimes reproduce remarkably well by
process, gaining not a little in quietness thereby.

A snow scene gives perhaps as near an approach
to a monochromatic effect as will be found in
Nature. Under a dull sky the departures from
the varying depths of blue-grey are very slight and
inconspicuous. Hence with a good black and
white printing process, especially if the black has a
tendency towards blueness as it has in platinotype,
the photograph loses little, if anything, in being
unable to reproduce colour.

In the dearth of novelty in picture motive, over
which there is so much lamentation nowadays,
it seems strange that artists should have so
long neglected to seek inspiration in the charac-
teristic effects of winter. Assuredly, they cannot
have looked; for, had they, it is impossible they
should have failed to find the endless wealth of
subject awaiting them, fresh as the untrodden snow
itself.

We are enabled, through the courtesy of the
architect, to give on this page an illustration of the

facade of the Bishopsgate Institute, opened on
the 25th of November last by Lord Rosebery.
When the fact is considered that Mr. Harrison
Townsend was obliged to deal with a building, the