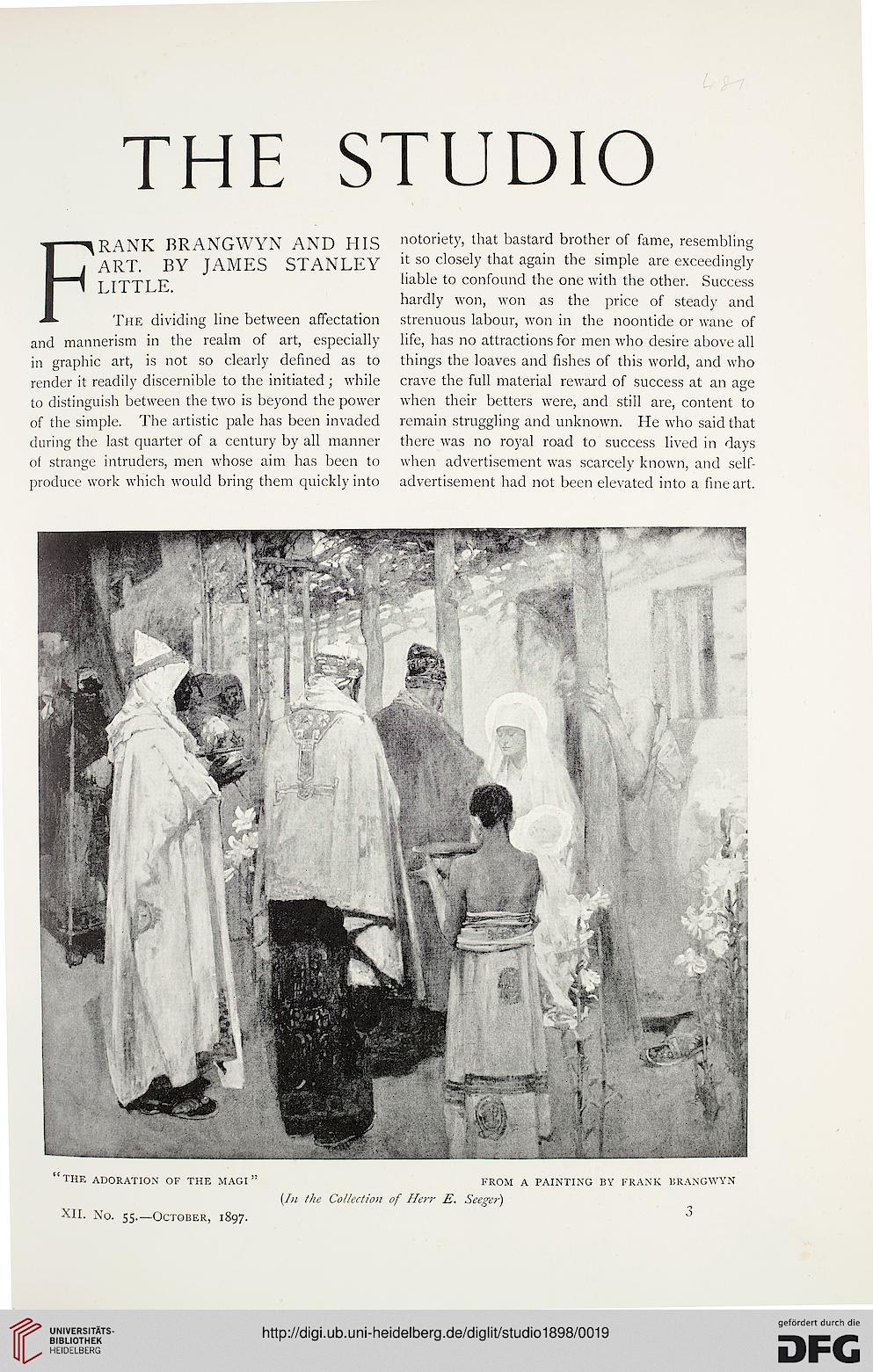 RANK BRANGWYN AND HIS notoriety, that bastard brother of fame, resembling

LITTLE liable to confound the one with the other. Success

hardly won, won as the price of steady and
The dividing line between affectation strenuous labour, won in the noontide or wane of
and mannerism in the realm of art, especially life, has no attractions for men who desire above all
in graphic art, is not so clearly defined as to things the loaves and fishes of this world, and who
render it readily discernible to the initiated; while crave the full material reward of success at an age
to distinguish between the two is beyond the power when their betters were, and still are, content to
of the simple. The artistic pale has been invaded remain struggling and unknown. He who said that
during the last quarter of a century by all manner there was no royal road to success lived in days
of strange intruders, men whose aim has been to when advertisement was scarcely known, and self-
produce work which would bring them quickly into advertisement had not been elevated into a fine art.

"the adoration of the magi" from a painting by frank brangwyn

(In the Collection of Herr E. Seeger)