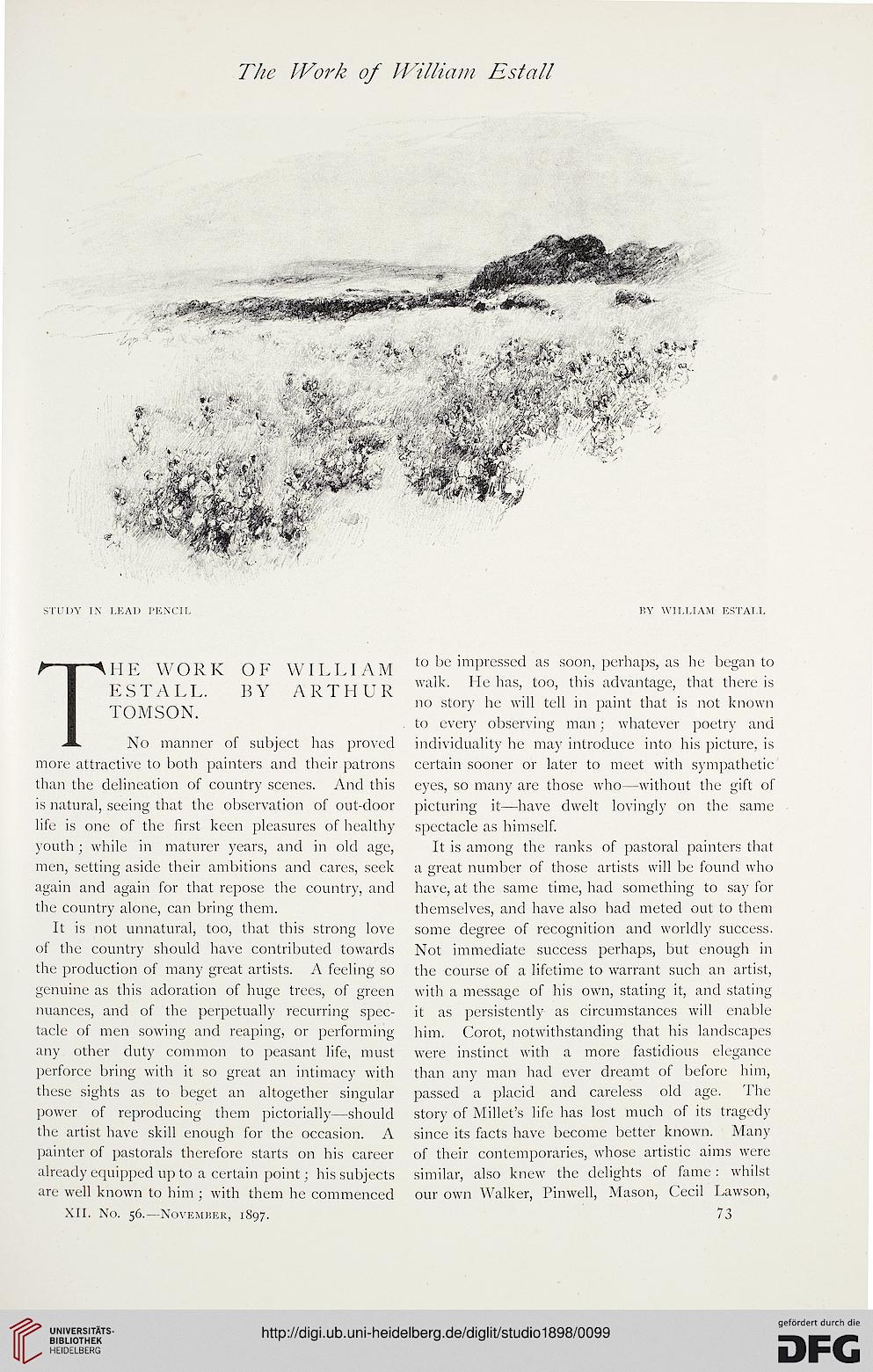 Hinweise zum OCR-Text
The Work of William Est all

STUDY IN LEAD PENCIL BY WILLIAM EST ALL

HE WORK OF WILT I AM to be impressed as soon, perhaps, as he began to

to every observing man; whatever poetry and

No manner of subject has proved individuality he may introduce into his picture, is

than the delineation of country scenes. And this eyes, so many are those who—without the gift of

is natural, seeing that the observation of out-door picturing it—have dwelt lovingly on the same

life is one of the first keen pleasures of healthy spectacle as himself.

youth ; while in maturer years, and in old age, It is among the ranks of pastoral painters that

men, setting aside their ambitions and cares, seek a great number of those artists will be found who

again and again for that repose the country, and have, at the same time, had something to say for

the country alone, can bring them. themselves, and have also had meted out to them

It is not unnatural, too, that this strong love some degree of recognition and worldly success,

of the country should have contributed towards Not immediate success perhaps, but enough in

the production of many great artists. A feeling so the course of a lifetime to warrant such an artist,

genuine as this adoration of huge trees, of green with a message of his own, stating it, and stating

nuances, and of the perpetually recurring spec- it as persistently as circumstances will enable

tacle of men sowing and reaping, or performing him. Corot, notwithstanding that his landscapes

any other duty common to peasant life, must were instinct with a more fastidious elegance

perforce bring with it so great an intimacy with than any man had ever dreamt of before him,

these sights as to beget an altogether singular passed a placid and careless old age. The

the artist have skill enough for the occasion. A since its facts have become better known. Many

painter of pastorals therefore starts on his career of their contemporaries, whose artistic aims were

already equipped up to a certain point; his subjects similar, also knew the delights of fame: whilst