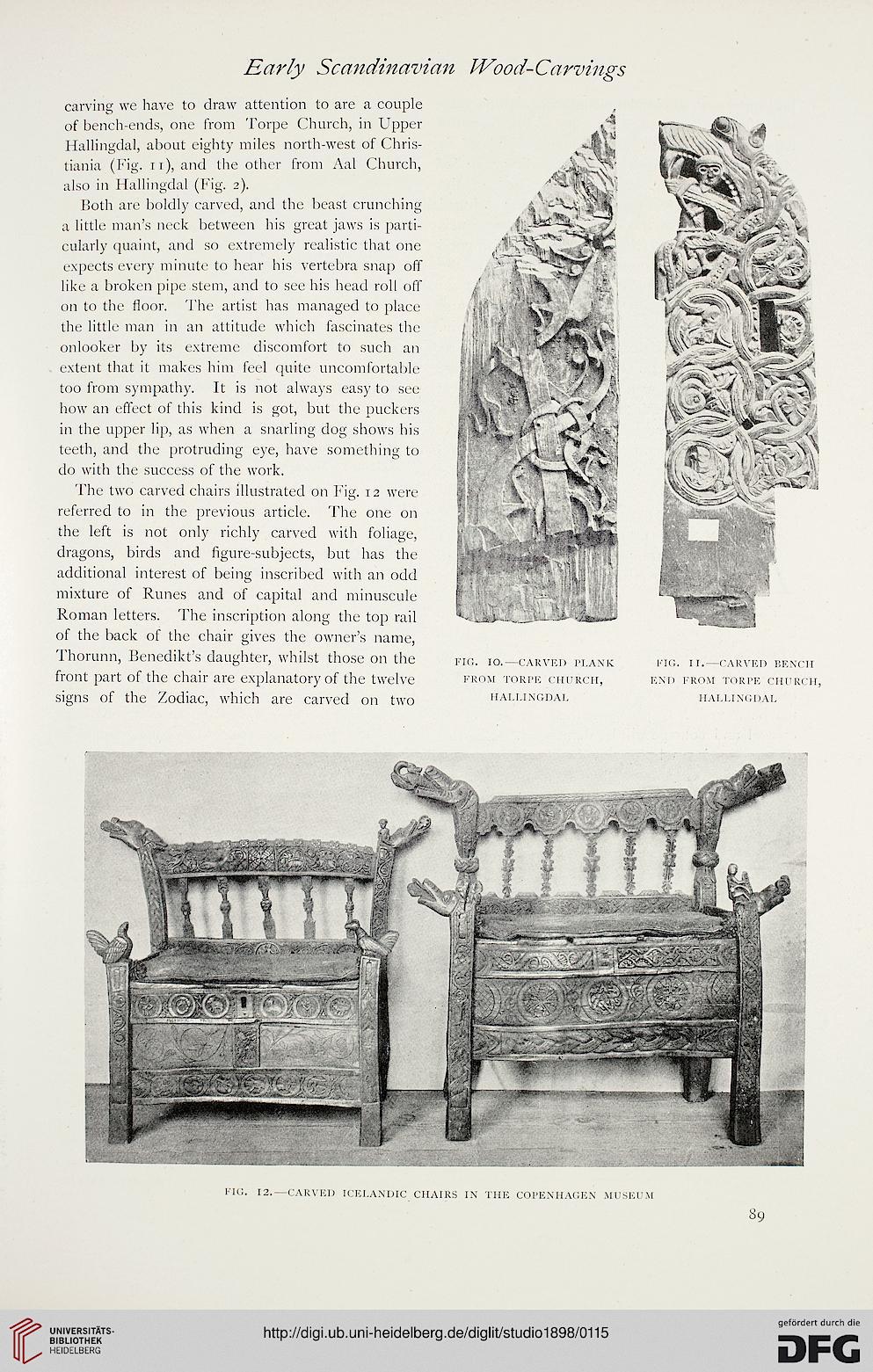 carving we have to draw attention to are a couple
of bench-ends, one from Torpe Church, in Upper
Hallingdal, about eighty miles north-west of Chris-
tiania (Fig. ri), and the other from Aal Church,
also in Hallingdal (Fig. 2).

Both are boldly carved, and the beast crunching
a little man's neck between his great jaws is parti-
cularly quaint, and so extremely realistic that one
expects every minute to hear his vertebra snap off
like a broken pipe stem, and to see his head roll off
on to the floor. The artist has managed to place
the little man in an attitude which fascinates the
onlooker by its extreme discomfort to such an
extent that it makes him feel quite uncomfortable
too from sympathy. It is not always easy to see
how an effect of this kind is got, but the puckers
in the upper lip, as when a snarling dog shows his
teeth, and the protruding eye, have something to
do with the success of the work.

The two carved chairs illustrated on Fig. t 2 were
referred to in the previous article. The one on
the left is not only richly carved with foliage,
dragons, birds and figure-subjects, but has the
additional interest of being inscribed with an odd
mixture of Runes and of capital and minuscule
Roman letters. The inscription along the top rail
of the back of the chair gives the owner's name,
Thorunn, Benedikt's daughter, whilst those on the
front part of the chair are explanatory of the twelve
signs of the Zodiac, which are carved on two