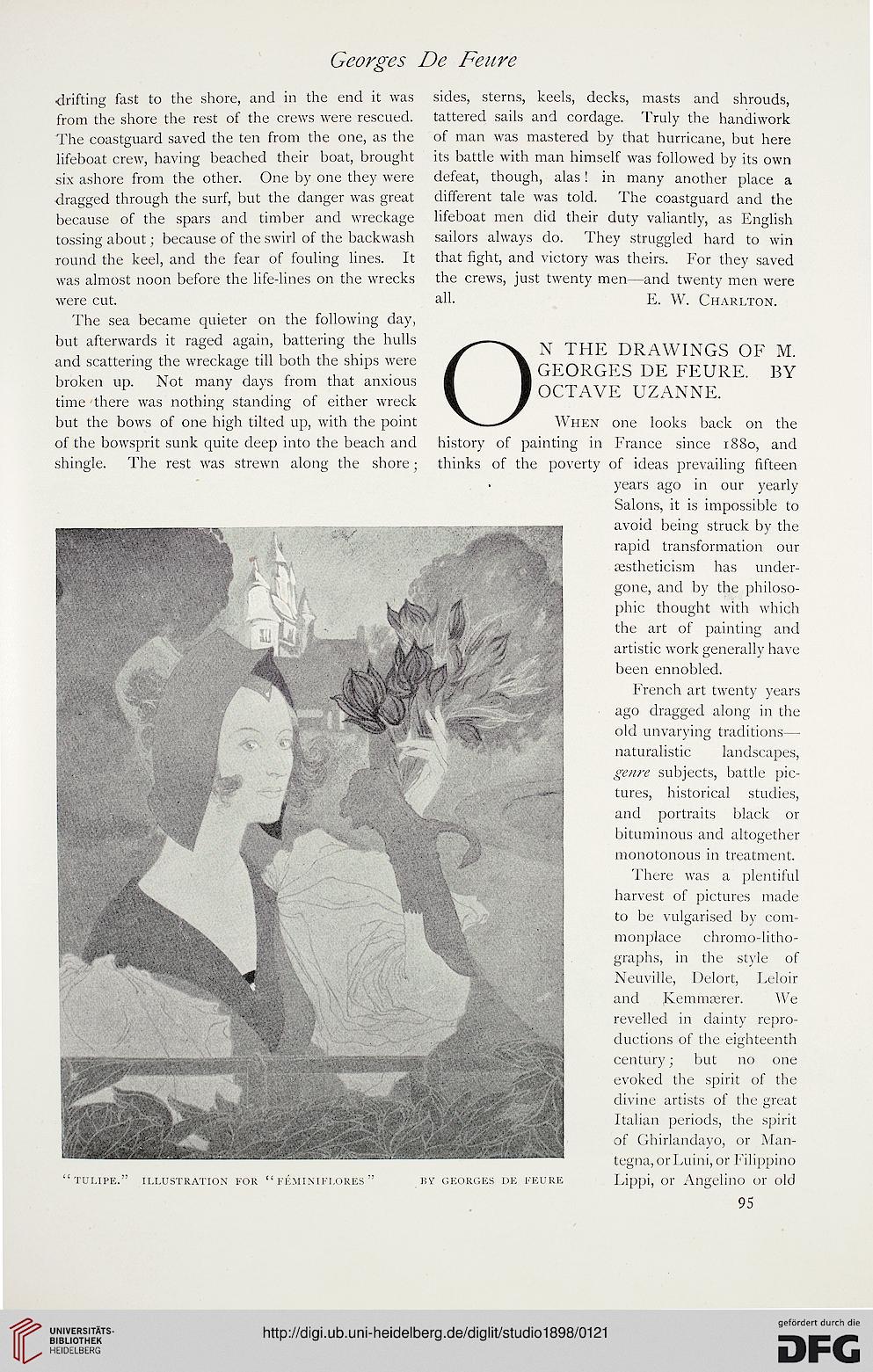 drifting fast to the shore, and in the end it was sides, sterns, keels, decks, masts and shrouds,
from the shore the rest of the crews were rescued. tattered sails and cordage. Truly the handiwork
The coastguard saved the ten from the one, as the of man was mastered by that hurricane, but here
lifeboat crew, having beached their boat, brought its battle with man himself was followed by its own
six ashore from the other. One by one they were defeat, though, alas ! in many another place a
dragged through the surf, but the danger was great different tale was told. The coastguard and the
because of the spars and timber and wreckage lifeboat men did their duty valiantly, as English
tossing about; because of the swirl of the backwash sailors always do. They struggled hard to win
round the keel, and the fear of fouling lines. It that fight, and victory was theirs. For they saved
was almost noon before the life-lines on the wrecks the crews, just twenty men—and twenty men were
were cut. all. E. W. Charlton.

The sea became quieter on the following day,
but afterwards it raged again, battering the hulls —^ n trr drawjnqs qf m
and scattering the wreckage till both the ships were M ^ GEORGFS DE FEURE BY

broken up. Not many days from that anxious I I r\r^r a ttt- tw a ATMr

time there was nothing standing oi either wreck % m

but the bows of one high tilted up, with the point ^s.—<S When one looks back on the
of the bowsprit sunk quite deep into the beach and history of painting in France since 1880, and
shingle. The rest was strewn along the shore; thinks of the poverty of ideas prevailing fifteen

years ago in our yearly
Salons, it is impossible to
avoid being struck by the
rapid transformation our
sestheticism has under-
gone, and by the philoso-
phic thought with which
the art of painting and
artistic work generally have
been ennobled.

There was a plentiful
harvest of pictures made
to be vulgarised by com-
monplace chromo-litho-
graphs, in the style of
Neuville, Delort, Eeloir
and Kemmserer. We
revelled in dainty repro-
ductions of the eighteenth
century; but no one
evoked the spirit of the
divine artists of the great
Italian periods, the spirit
of Ghirlandayo, or Man-
tegna, orLuini, or Filippino