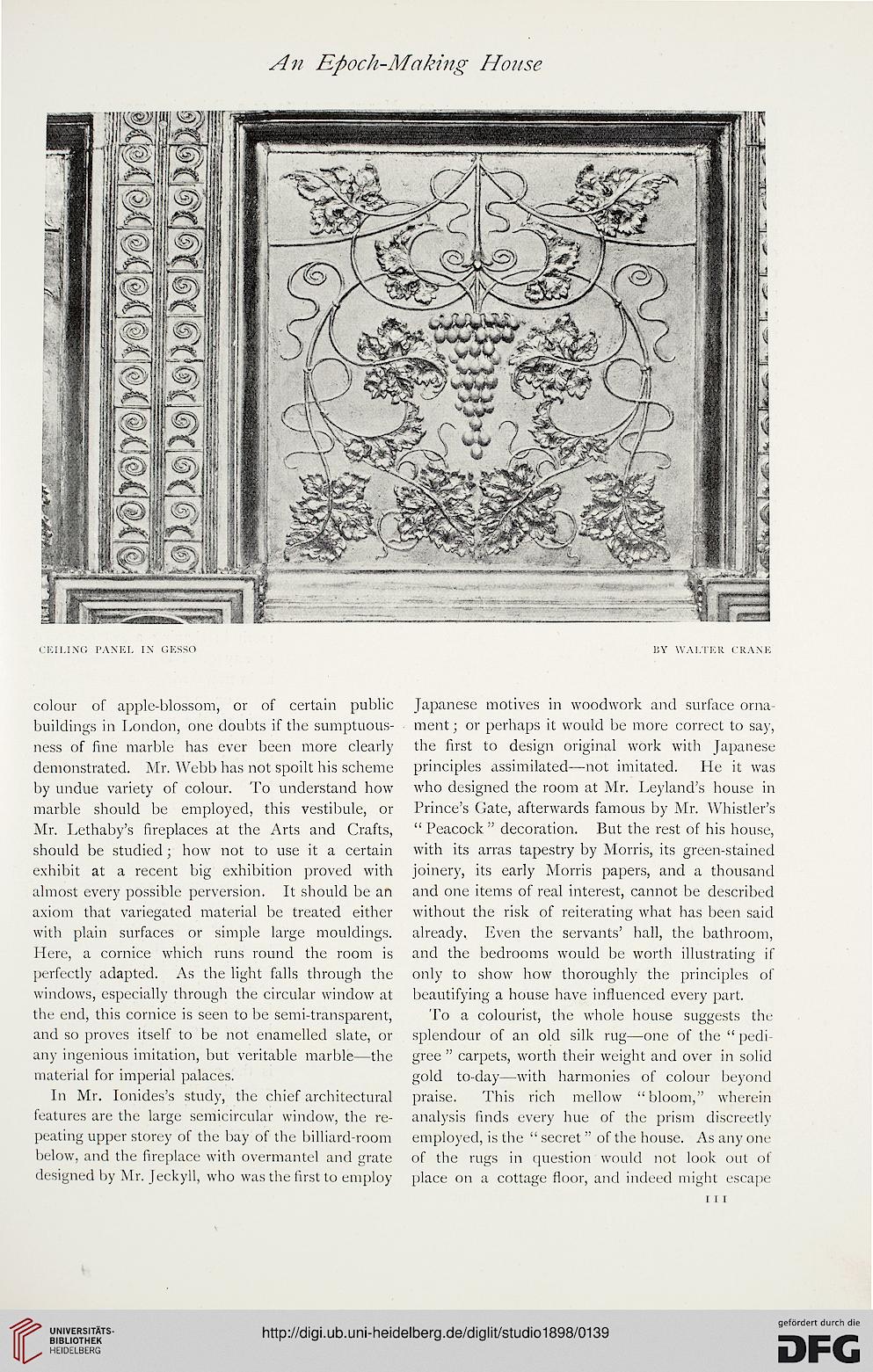 colour of apple-blossom, or of certain public Japanese motives in woodwork and surface orna-

buildings in London, one doubts if the sumptuous- merit; or perhaps it would be more correct to say,

demonstrated. Mr. Webb has not spoilt his scheme principles assimilated—not imitated. He it was

by undue variety of colour. To understand how who designed the room at Mr. Leyland's house in

marble should be employed, this vestibule, or Prince's Gate, afterwards famous by Mr. Whistler's

Mr. Lethaby's fireplaces at the Arts and Crafts, " Peacock " decoration. But the rest of his house,

should be studied; how not to use it a certain with its arras tapestry by Morris, its green-stained

exhibit at a recent big exhibition proved with joinery, its early Morris papers, and a thousand

almost every possible perversion. It should be an and one items of real interest, cannot be described

with plain surfaces or simple large mouldings, already. Even the servants' hall, the bathroom,

Here, a cornice which runs round the room is and the bedrooms would be worth illustrating if

perfectly adapted. As the light falls through the only to show how thoroughly the principles of

windows, especially through the circular window at beautifying a house have influenced every part,
the end, this cornice is seen to be semi-transparent, To a colourist, the whole house suggests the

and so proves itself to be not enamelled slate, or splendour of an old silk rug—one of the " pedi-

any ingenious imitation, but veritable marble—the gree " carpets, worth their weight and over in solid

material for imperial palaces. gold to-day—with harmonies of colour beyond

features are the large semicircular window, the re- analysis finds every hue of the prism discreetly

peating upper storey of the bay of the billiard-room employed, is the " secret " of the house. As any one

below, and the fireplace with overmantel and grate of the rugs in question would not look out oi

designed by Mr. Jeckyll, who was the first to employ place on a cottage floor, and indeed might escape