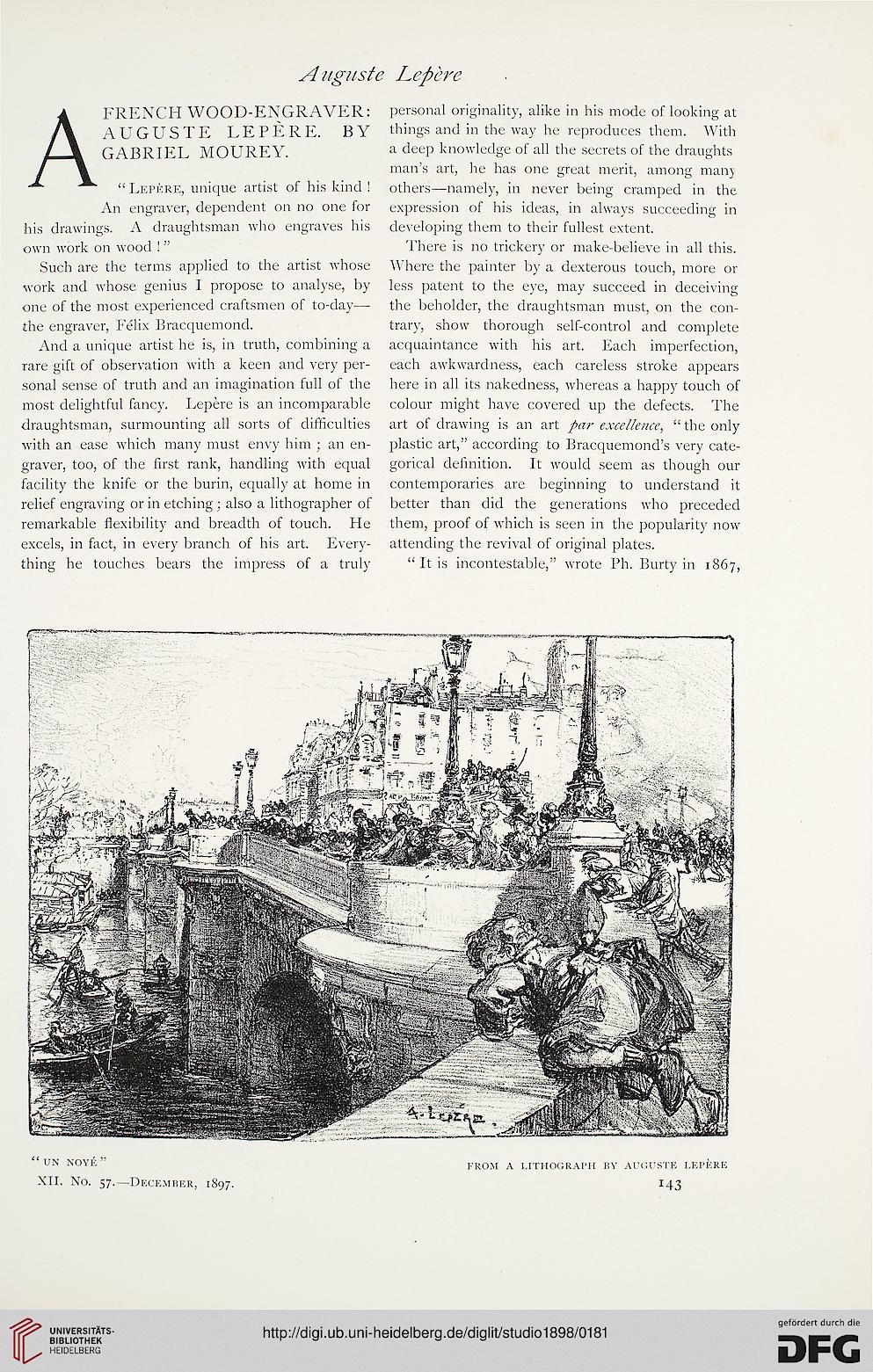 FRENCH WOOD-ENGRAVER: personal originality, alike in his mode of looking at

AUGUSTE LEPERE. BY things and in the way he reproduces them. With

GABRIEL MOUREY. a deep knowledge of all the secrets of the draughts

man's art, he has one great merit, among man)

" Lepf.re, unique artist of his kind ! others—namely, in never being cramped in the

An engraver, dependent on no one for expression of his ideas, in always succeeding in

his drawings. A draughtsman who engraves his developing them to their fullest extent,

own work on wood ! " There is no trickery or make-believe in all this.

Such are the terms applied to the artist whose Where the painter by a dexterous touch, more or

work and whose genius I propose to analyse, by less patent to the eye, may succeed in deceiving

one of the most experienced craftsmen of to-day— the beholder, the draughtsman must, on the con-

And a unique artist he is, in truth, combining a acquaintance with his art. Each imperfection,

rare gift of observation with a keen and very per- each awkwardness, each careless stroke appears

sonal sense of truth and an imagination full of the here in all its nakedness, whereas a happy touch of

most delightful fancy. Lepere is an incomparable colour might have covered up the defects. The

draughtsman, surmounting all sorts of difficulties art of drawing is an art par excellence, "the only

with an ease which many must envy him ; an en- plastic art," according to Bracquemond's very cate-

graver, too, of the first rank, handling with equal gorical definition. It would seem as though our

facility the knife or the burin, equally at home in contemporaries are beginning to understand it

relief engraving or in etching; also a lithographer of better than did the generations who preceded

remarkable flexibility and breadth of touch. He them, proof of which is seen in the popularity now

excels, in fact, in every branch of his art. Every- attending the revival of original plates,

thing he touches bears the impress of a truly " It is incontestable," wrote Ph. Burty in 1867,

from a lithograph by auguste lepere