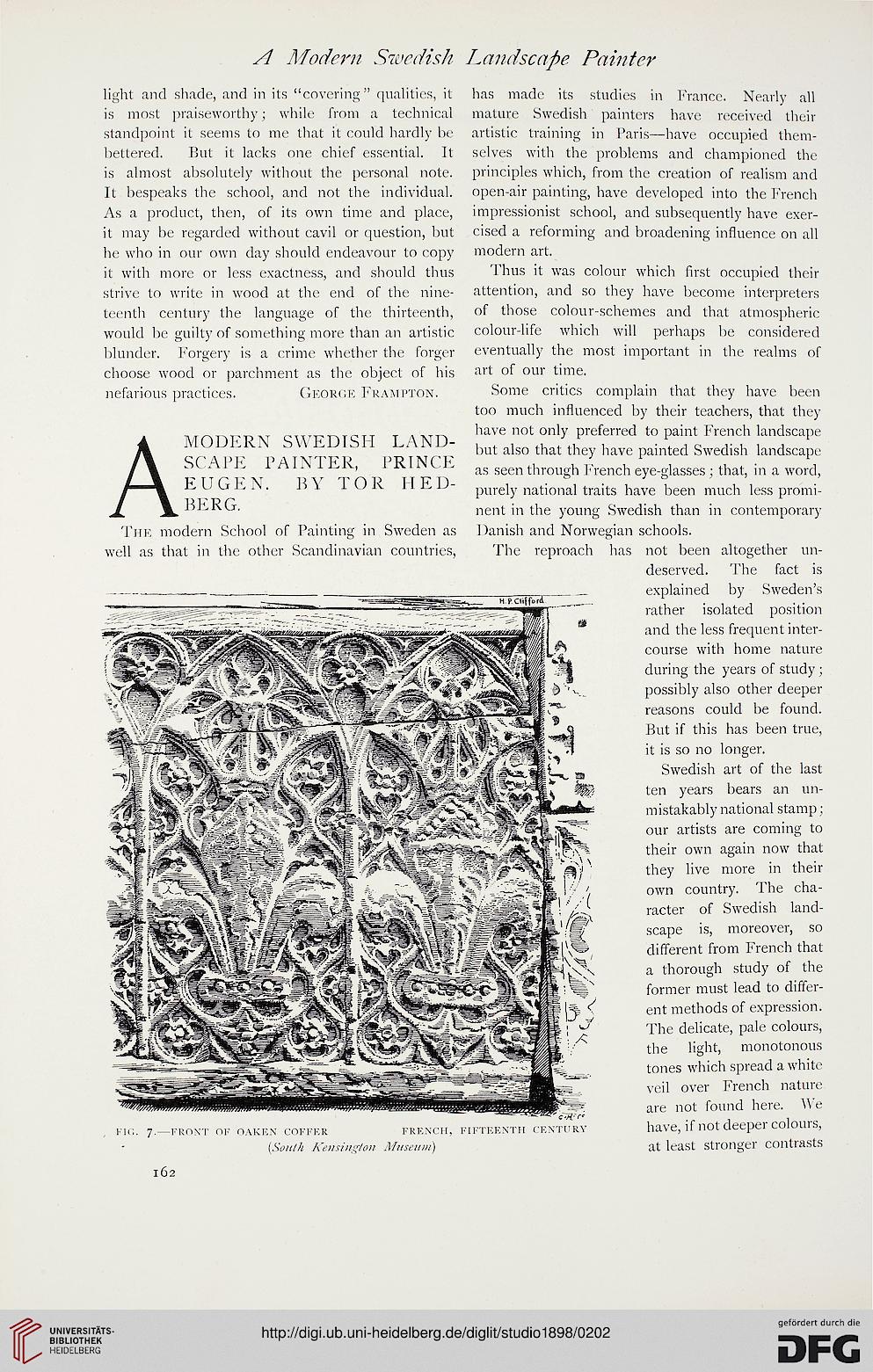 light and shade, and in its "covering" qualities, it has made its studies in France. Nearly all

is most praiseworthy; while from a technieal mature Swedish painters have received their

hettered. But it lacks one chief essential. It selves with the problems and championed the

is almost absolutely without the personal note, principles which, from the creation of realism and

It bespeaks the school, and not the individual, open-air painting, have developed into the French

As a product, then, of its own time and place, impressionist school, and subsequently have exer-

it may be regarded without cavil or question, but cised a reforming and broadening influence on all

he who in our own day should endeavour to copy modern art.

it with more or less exactness, and should thus Thus it was colour which first occupied their

strive to write in wood at the end of the nine- attention, and so they have become interpreters

teenth century the language of the thirteenth, of those colour-schemes and that atmospheric

blunder. Forgery is a crime whether the forger eventually the most important in the realms of

choose wood or parchment as the object of his art of our time.

nefarious practices. George Frampton, Some critics complain that they have been

too much influenced by their teachers, that they

but also that they have painted Swedish landscape1

EUGKN. BY TOR II E D- purely national traits have been much less promi-
BERG. nent in the young Swedish than in contemporary

The modern School of Painting in Sweden as Danish and Norwegian schools,
well as that in the other Scandinavian countries, The reproach has not been altogether un-
deserved. The fact is
explained by Sweden's
rather isolated position
and the less frequent inter-
course with home nature
during the years of study;
possibly also other deeper
reasons could be found.
But if this has been true,
it is so no longer.

Swedish art of the last
ten years bears an un-
mistakably national stamp;
our artists are coming to
their own again now that
they live more in their
own country. The cha-
racter of Swedish land-
scape is, moreover, so
different from French that
a thorough study of the
former must lead to differ-
ent methods of expression.
The delicate, pale colours,
the light, monotonous
tones which spread a white
veil over French nature
are not found here. We