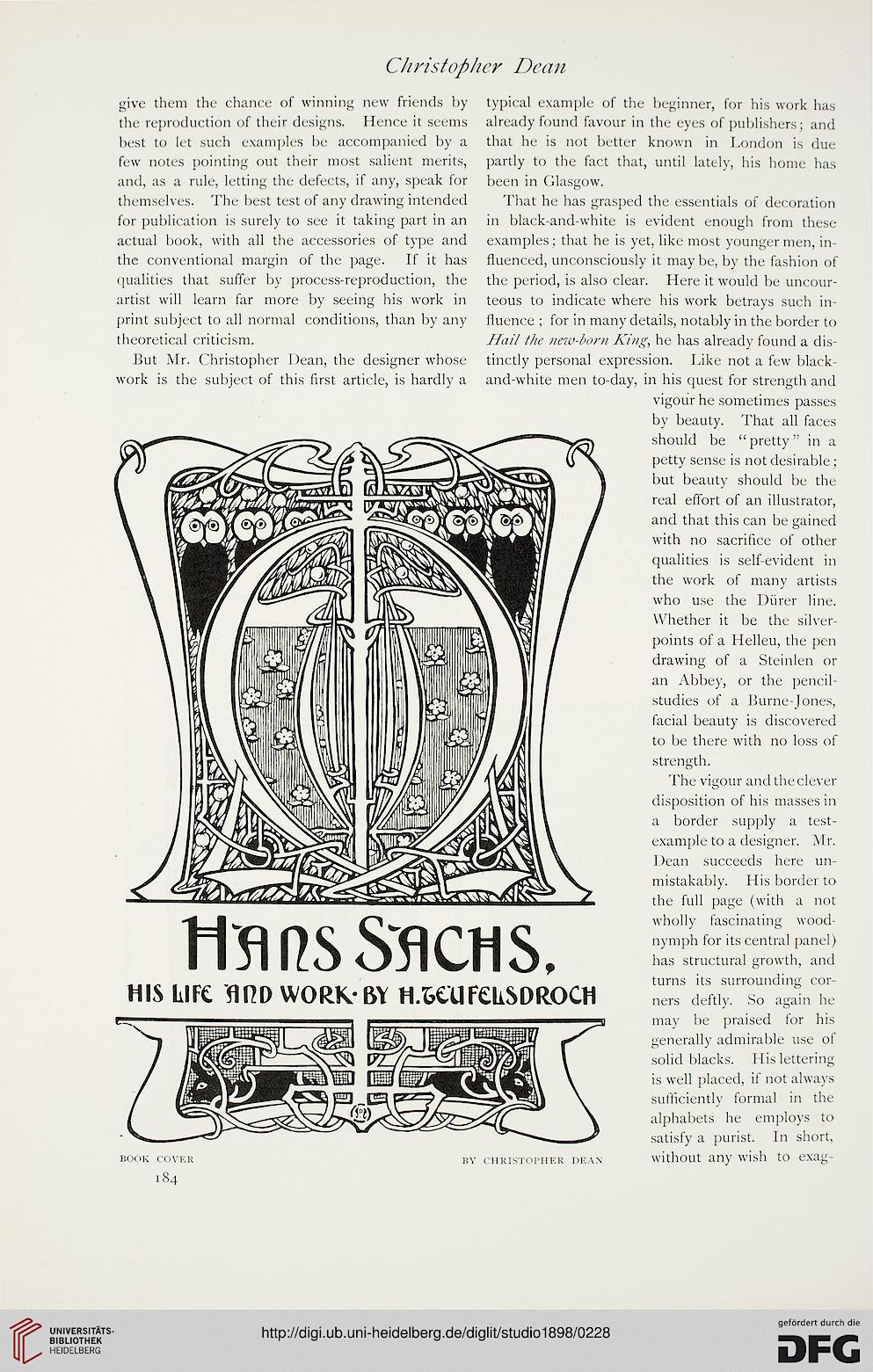 give them the chance Of winning new friends by typical example Of the beginner, for his work has
the reproduction of their designs. Hence it seems already found favour in the eyes of publishers; and
best to let such examples he accompanied by a that he is not better known in London is due
few notes pointing out their most salient merits, partly to the fact that, until lately, his home has
and, as a rule, letting the defects, if any, speak for been in Glasgow.

themselves. The best test of any drawing intended That he has grasped the essentials of decoration
for publication is surely to see it taking part in an in black-and-white is evident enough from these
actual book, with all the accessories of type and examples; that he is yet, like most younger men, in-
the conventional margin of the page. If it has fluenced, unconsciously it may be, by the fashion of
qualities that suffer by process-reproduction, the the period, is also clear. Here it would be uncour-
artist will learn far more by seeing his work in teous to indicate where his work betrays such in-
print subject to all normal conditions, than by any fluence ; for in many details, notably in the border to
theoretical criticism. Hail the new-born King^ he has already found a dis-

But Mr. Christopher Dean, the designer whose tinctly personal expression. Like not a few black
work is the subject of this first article, is hardly a and-white men to-day, in his quest for strength and

vigour he sometimes passes
by beauty. That all faces
should be "pretty" in a
petty sense is not desirable ;
but beauty should be the
real effort of an illustrator,
and that this can be gained
with no sacrifice of other
qualities is self-evident in
the work of many artists
who use the Diirer line.
Whether it be the silver-
points of a Helleu, the pen
drawing of a Steinlen or
an Abbey, or the pencil-
studies of a Burne-Joncs,
facial beauty is discovered
to be there with no loss of
strength.

The vigour and the clever
disposition of his masses in
a border supply a test-
example to a designer. Mr.
1 )ean succeeds here un-
mistakably. His border to
the full page (with a not
wholly fascinating wood-
nymph for its central panel)
has structural growth, and
turns its surrounding cor-

may be praised for his
generally admirable use ol
solid blacks. His lettering
is well placed, if not always
sufficiently formal in the
alphabets he employs to
satisfy a purist. In short,
book cover by christophef dean without any wish to exag-