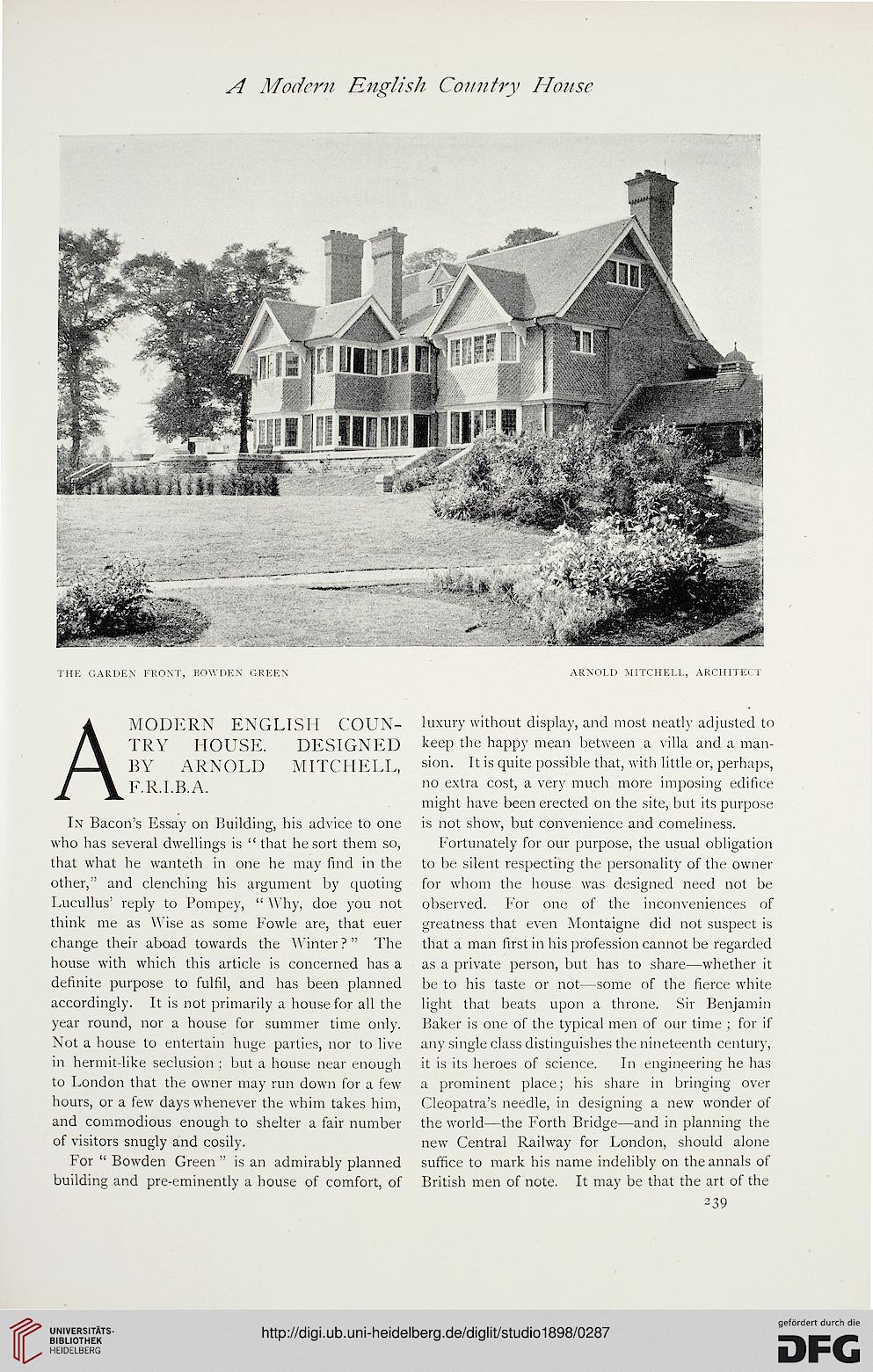 In Bacon's Essay on Building, his advice to one
who has several dwellings is " that he sort them so,
that what he wanteth in one he may find in the
other," and clenching his argument by quoting
Lucullus' reply to Pompey, " Why, doe you not
think me as Wise as some Fowle are, that euer
change their aboad towards the Winter?" The
house with which this article is concerned has a
definite purpose to fulfil, and has been planned
accordingly. It is not primarily a house for all the
year round, nor a house for summer time only.
Not a house to entertain huge parties, nor to live
in hermit-like seclusion ; but a house near enough
to London that the owner may run down for a few
hours, or a few days whenever the whim takes him,
and commodious enough to shelter a fair number
of visitors snugly and cosily.

For " Bowden Green " is an admirably planned
building and pre-eminently a house of comfort, of

luxury without display, and most neatly adjusted to
keep the happy mean between a villa and a man-
sion. It is quite possible that, with little or, perhaps,
no extra cost, a very much more imposing edifice
might have been erected on the site, but its purpose
is not show, but convenience and comeliness.

Fortunately for our purpose, the usual obligation
to be silent respecting the personality of the owner
for whom the house was designed need not be
observed. For one of the inconveniences of
greatness that even Montaigne did not suspect is
that a man first in his profession cannot be regarded
as a private person, but has to share—whether it
be to his taste or not—some of the fierce white
light that beats upon a throne. Sir Benjamin
Baker is one of the typical men of our time ; for if
any single class distinguishes the nineteenth century,
it is its heroes of science. In engineering he has
a prominent place; his share in bringing over
Cleopatra's needle, in designing a new wonder of
the world—the Forth Bridge—and in planning the
new Central Railway for London, should alone
suffice to mark his name indelibly on the annals of
British men of note. It may be that the art of the