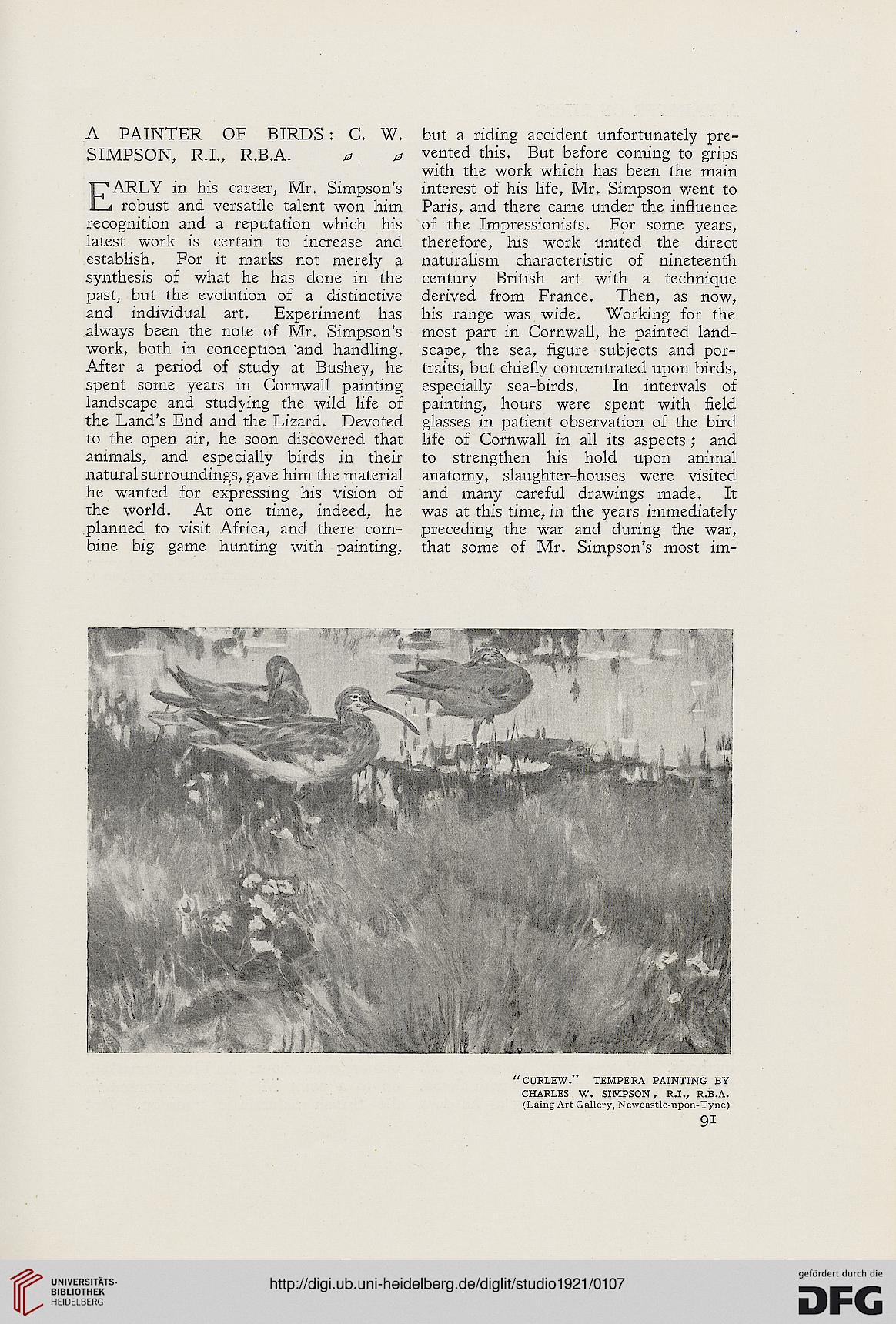 EARLY in his career, Mr. Simpson's
robust and versatile talent won him
recognition and a reputation which his
latest work is certain to increase and
establish. For it marks not merely a
synthesis of what he has done in the
past, but the evolution of a distinctive
and individual art. Experiment has
always been the note of Mr. Simpson's
work, both in conception 'and handling.
After a period of study at Bushey, he
spent some years in Cornwall painting
landscape and studying the wild life of
the Land's End and the Lizard. Devoted
to the open air, he soon discovered that
animals, and especially birds in their
natural surroundings, gave him the material
he wanted for expressing his vision of
the world. At one time, indeed, he
planned to visit Africa, and there com-
bine big game hunting with painting,

but a riding accident unfortunately pre-
vented this. But before coming to grips
with the work which has been the main
interest of his life, Mr. Simpson went to
Paris, and there came under the influence
of the Impressionists. For some years,
therefore, his work united the direct
naturalism characteristic of nineteenth
century British art with a technique
derived from France. Then, as now,
his range was wide. Working for the
most part in Cornwall, he painted land-
scape, the sea, figure subjects and por-
traits, but chiefly concentrated upon birds,
especially sea-birds. In intervals of
painting, hours were spent with field
glasses in patient observation of the bird
life of Cornwall in all its aspects ; and
to strengthen his hold upon animal
anatomy, slaughter-houses were visited
and many careful drawings made. It
was at this time, in the years immediately
preceding the war and during the war,
that some of Mr. Simpson's most im-