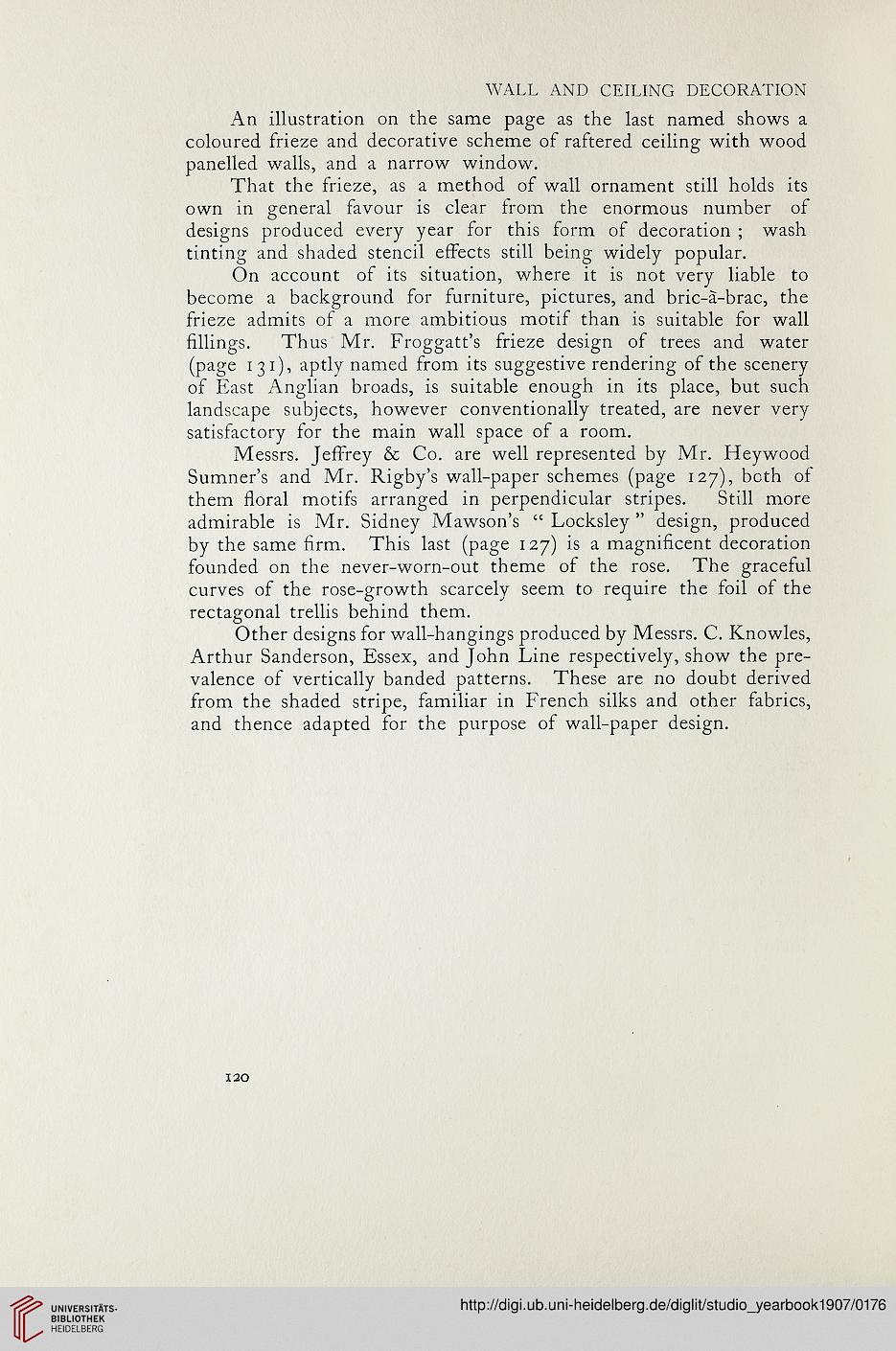 An illustration on the same page as the last named shows a
coloured frieze and decorative scheme of raftered ceiling with wood
panelled walls, and a narrow window.

That the frieze, as a method of wall ornament still holds its
own in general favour is clear from the enormous number of
designs produced every year for this form of decoration ; wash
tinting and shaded stencil effects still being widely popular.

On account of its situation, where it is not very liable to
become a background for furniture, pictures, and bric-a-brac, the
frieze admits of a more ambitious motif than is suitable for wall
fillings. Thus Mr. Froggatt’s frieze design of trees and water
(page 131), aptly named from its suggestive rendering of the scenery
of East Anglian broads, is suitable enough in its place, but such
landscape subjects, however conventionally treated, are never very
satisfactory for the main wall space of a room.

Messrs. Jeffrey & Co. are well represented by Mr. Heywood
Sumner’s and Mr. Rigby’s wall-paper schemes (page 127), both of
them floral motifs arranged in perpendicular stripes. Still more
admirable is Mr. Sidney Mawson’s “ Locksley ” design, produced
by the same firm. This last (page 127) is a magnificent decoration
founded on the never-worn-out theme of the rose. The graceful
curves of the rose-growth scarcely seem to require the foil of the
rectagonal trellis behind them.

Other designs for wall-hangings produced by Messrs. C. Knowles,
Arthur Sanderson, Essex, and John Line respectively, show the pre-
valence of vertically banded patterns. These are no doubt derived
from the shaded stripe, familiar in French silks and other fabrics,
and thence adapted for the purpose of wall-paper design.