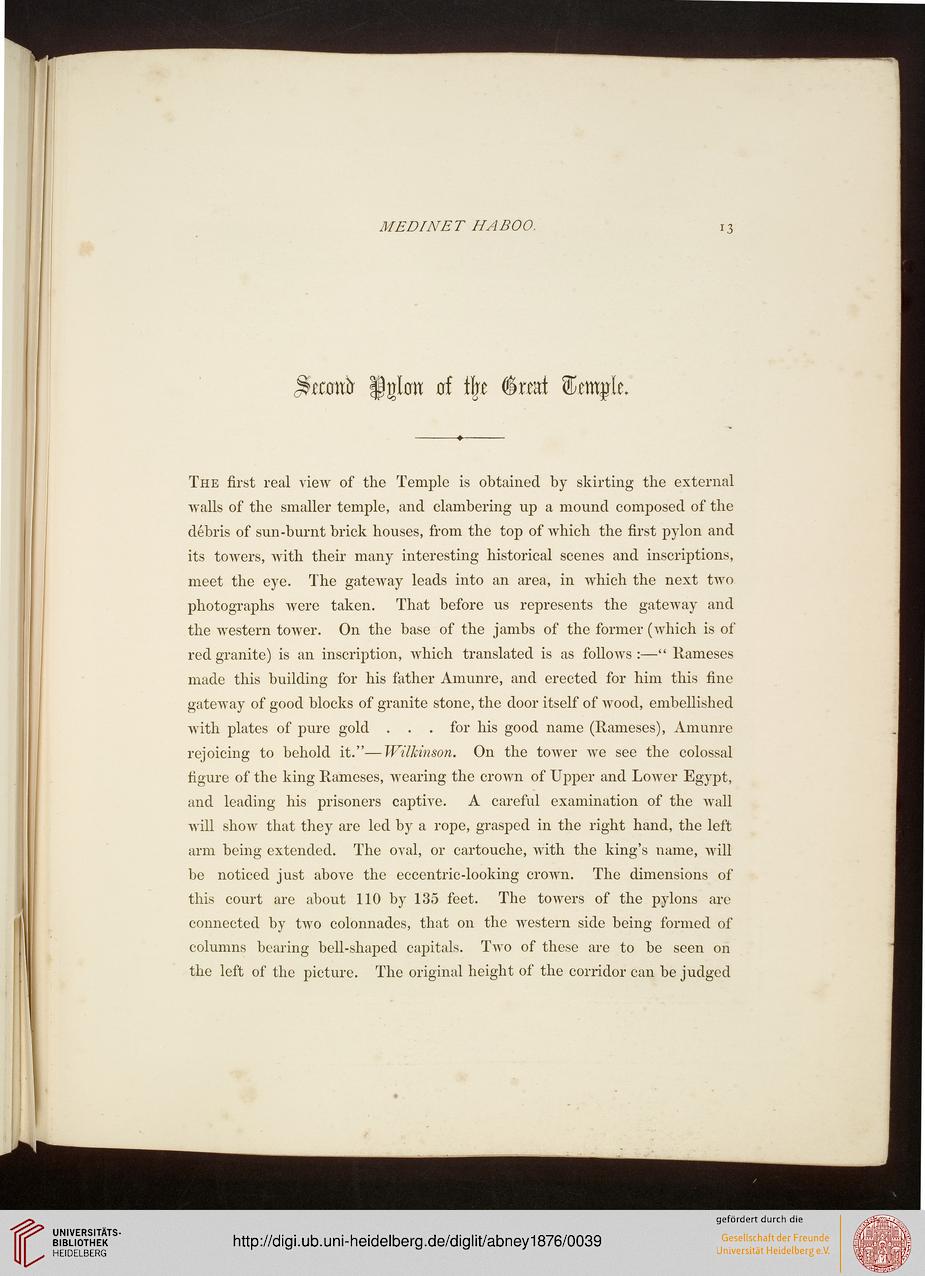 The first real vieAv of the Temple is obtained by skirting the external
walls of the smaller temple, and clambering up a mound composed of the
debris of sun-burnt brick houses, from the top of which the first pylon and
its towers, with their many interesting historical scenes and inscriptions,
meet the eye. The gateway leads into an area, in which the next two
photographs were taken. That before us represents the gateway and
the western tower. On the base of the jambs of the former (which is of
red granite) is an inscription, which translated is as follows:—" Rameses
made this building for his father Amunre, and erected for him this fine
gateway of good blocks of granite stone, the door itself of wood, embellished
with plates of pure gold . . . for his good name (Rameses), Amunre
rejoicing to behold it."—Wilkinson. On the tower Ave see the colossal
figure of the king Rameses, wearing the crown of Upper and Lower Egypt,
and leading his prisoners captive. A careful examination of the Avail
Avill shoAv that they are led by a rope, grasped in the right hand, the left
arm being extended. The oval, or cartouche, Avith the king's name, Avill
be noticed just above the eccentric-looking crown. The dimensions of
this court are about 110 by 135 feet. The towers of the pylons are
connected by tAvo colonnades, that on the western side being formed of
columns bearing bell-shaped capitals. Tavo of these are to be seen on
the left of the picture. The original height of the corridor can be judged