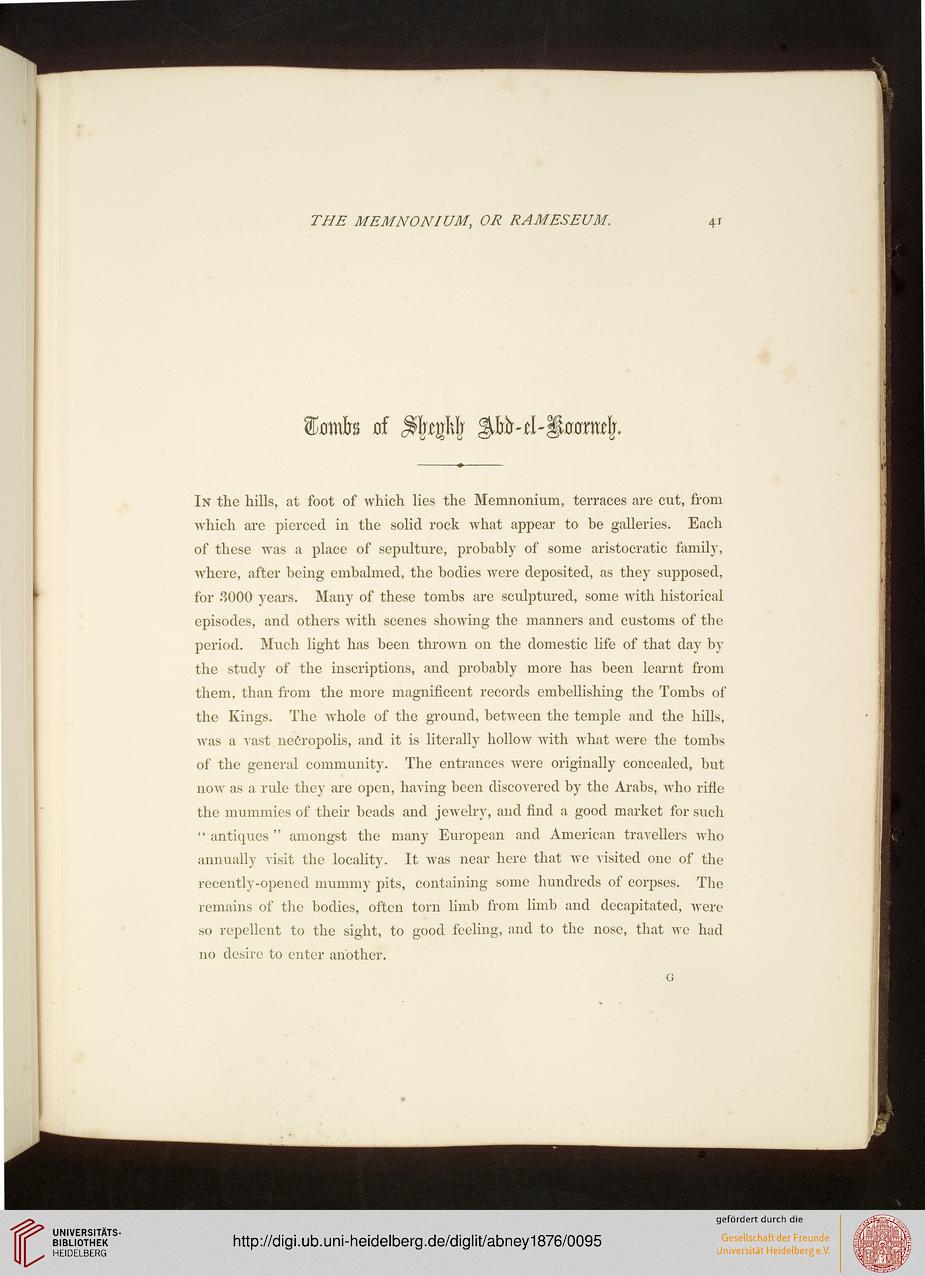 In the hills, at foot of which lies the Memnonium, terraces are cut, from
which are pierced in the solid rock what appear to be galleries. Each
of these was a place of sepulture, probably of some aristocratic family,
where, after being embalmed, the bodies were deposited, as they supposed,
for 3000 years. Many of these tombs are sculptured, some with historical
episodes, and others with scenes showing the manners and customs of the
period. Much light has been thrown on the domestic life of that day by
the study of the inscriptions, and probably more has been learnt from
them, than from the more magnificent records embellishing the Tombs of
the Kings. The whole of the ground, between the temple and the hills,
was a vast necropolis, and it is literally hollow with what were the tombs
of the general community. The entrances were originally concealed, but
now as a rule they are open, haying been discovered by the Arabs, who rifle
the mummies of their beads and jewelry, and find a good market for such
" antiques " amongst the many European and American travellers who
annually visit the locality. It was near here that we visited one of the
recently-opened mummy pits, containing some hundreds of corpses. The
remains of the bodies, often torn limb from limb and decapitated, were
so repellent to the sight, to good feeling, and to the nose, that we had
no desire to enter another.