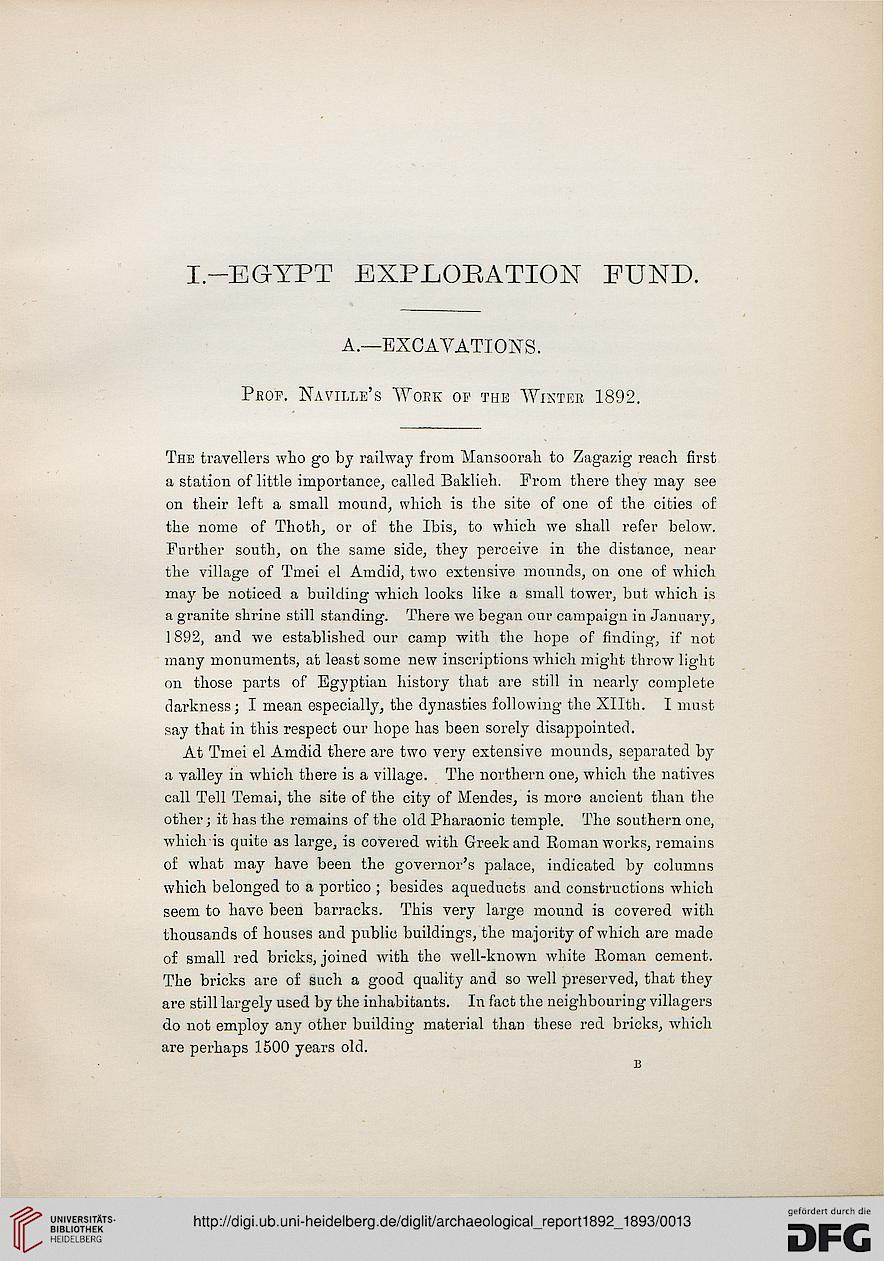 The travellers who go by railway from Mansoorah to Zagazig reach first
a station of little importance, called Baklieh. From there they may see
on their left a small mound, which is the site of one of the cities of
the nome of Tkoth, or of the Ibis, to which we shall refer below.
Further south, on the same side, they perceive in the distance, near
the village of Tmei el Amdid, two extensive mounds, on one of which
may be noticed a building which looks like a small tower, but which is
a granite shrine still standing. There we began our campaign in January,
1 892, and we established our camp with the hope of finding, if not
many monuments, at least some new inscriptions which might throw light
on those parts of Egyptian history that are still in nearly complete
darkness; I mean especially, the dynasties following the Xllth. I must
say that in this respect our hope has been sorely disappointed.

At Tmei el Amdid there are two very extensive mounds, separated by
a valley in which there is a village. The northern one, which the natives
call Tell Temai, the site of the city of Mendes, is more ancient than the
other; it has the remains of the old Pharaonic temple. The southern one,
which is quite as large, is covered with Greek and Roman works, remains
of what may have been the governor's palace, indicated by columns
which belonged to a portico ; besides aqueducts and constructions which
seem to have been barracks. This very large mound is covered with
thousands of houses and public buildings, the majority of which are made
of small red bricks, joined with the well-known white Eoman cement.
The bricks are of such a good quality and so well preserved, that they
are still largely used by the inhabitants. In fact the neighbouring villagers
do not employ any other building material than these red bricks, which
are perhaps 1500 years old.