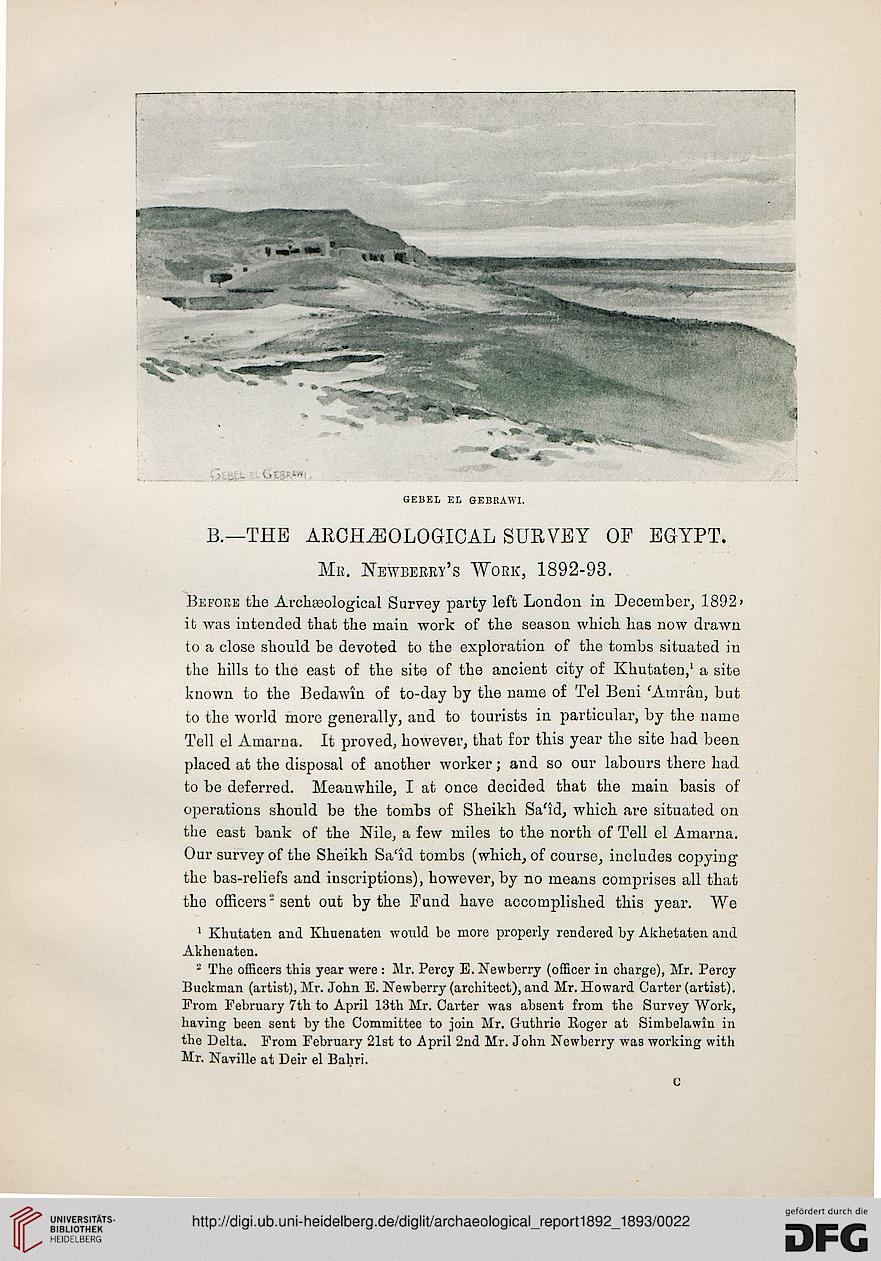 Before the Archaeological Survey party left London in December, 1892'
it was intended that the main work of the season which has now drawn
to a close should be devoted to the exploration of the tombs situated in
the hills to the east of the site of the ancient city of Khutaten,1 a site
known to the Bedawin of to-day by the name of Tel Beni 'Amrau, but
to the world more generally, and to tourists in particular, by the name
Tell el Amarna. It proved, however, that for this year the site had been
placed at the disposal of another worker ; and so our labours there had
to be deferred. Meanwhile, I at once decided that the main basis of
operations should be the tomb3 of Sheikh Sa'id, which are situated on
the east bank of the Nile, a few miles to the north of Tell el Amarna.
Our survey of the Sheikh Sa'id tombs (which, of course, includes copying
the bas-reliefs and inscriptions), however, by no means comprises all that
the officers'sent out by the Fund have accomplished this year. We