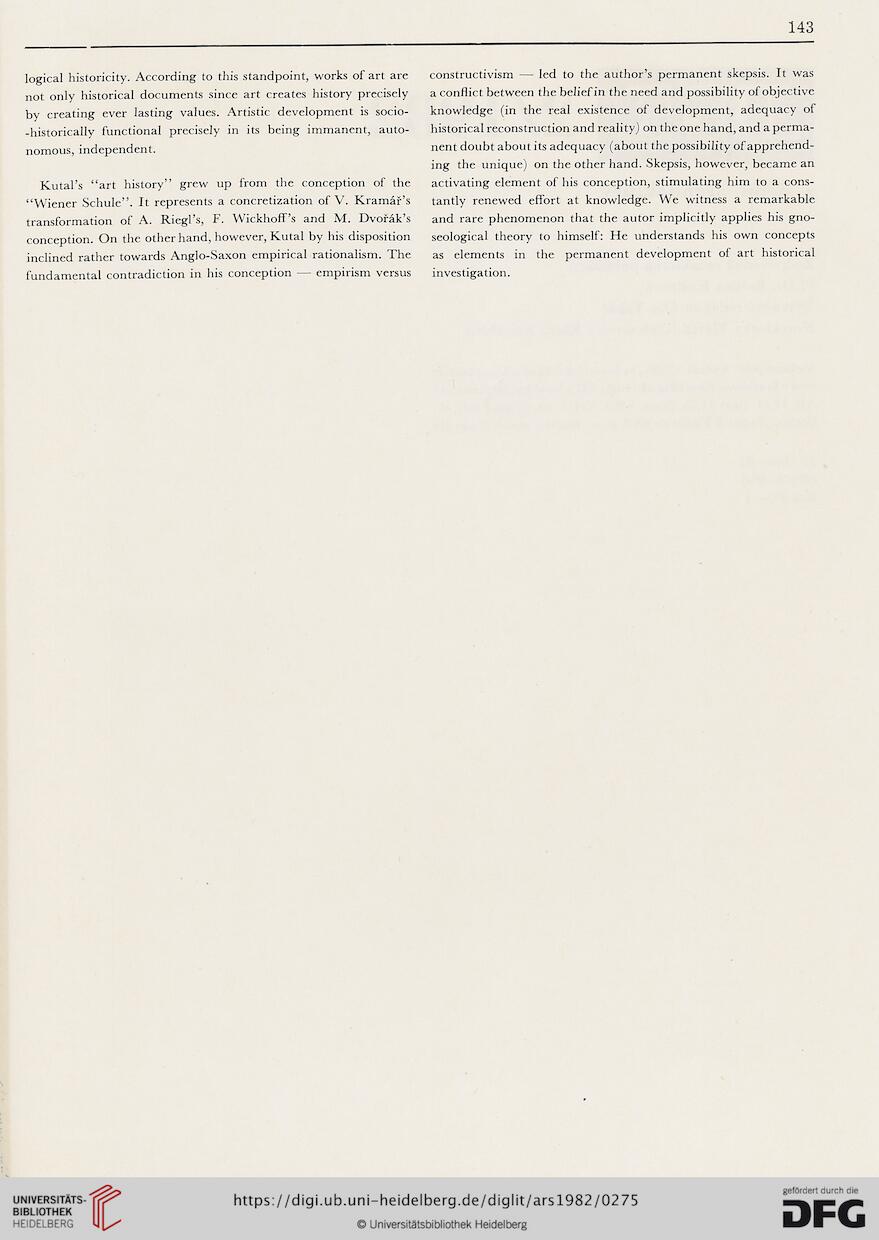 logical historicity. According to this standpoint, works of art are
not only historical documents since art créâtes history precisely
by creating ever lasting values. Artistic development is socio-
-historically functional precisely in its being immanent, auto-
nomous, independent.
Kutal’s “art history” grew up from the conception of the
“Wiener Schule”. It represents a concretization of V. Kramář’s
transformation of A. Riegl’s, F. Wickhoff’s and M. Dvořák’s
conception. On the otherhand, however, Kutal by his disposition
inclined rather towards Anglo-Saxon empirical rationalism. The
fundamental contradiction in his conception — empirism versus

constructivism — led to the author’s permanent skepsis. It was
a conflict between the belief in the necd and possibility of objective
knowledge (in the real existence of development, adequacy of
historical reconstruction and reality) on theone hand, and a perma-
nent doubt about its adequacy (about the possibility ofapprehend-
ing the unique) on the other hand. Skepsis, however, became an
activating element of his conception, stimulating him to a cons-
tantly renewed effort at knowledge. We witness a remarkable
and rare phenomenon that the autor implicitly applies his gno-
seological theory to himself: He understands his own concepts
as elements in the permanent development of art historical
investigation.