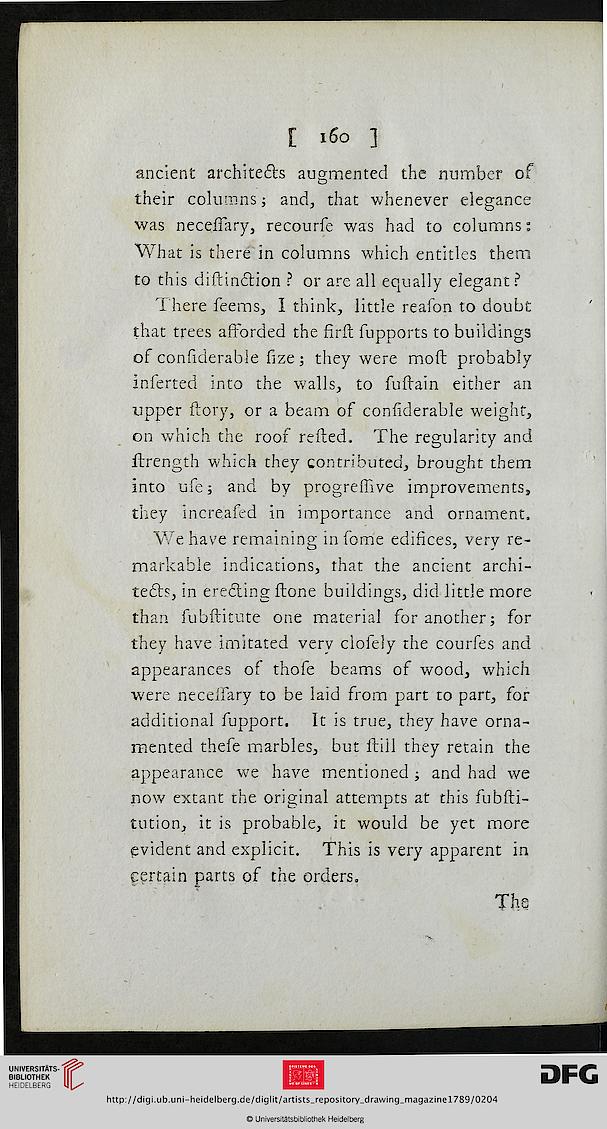 Information about OCR text
[ i6o ]
ancient architects augmented the number of
their columns; and, that whenever elegance
was necesTary, recourse was had to columns i
What is there in columns which entitles them
to this distindtion ? or are all equally elegant ?
There seems, I think, little reason to doubt
that trees afforded the first supports to buildings
of considerable size; they were mod probably
inserred into the walls, to susiain either an
upper ftory, or a beam of considerable weight,
on which the roos rested. The regularity and
strength which they contributed, brought them
into use; and by progressive improvements,
they increased in importance and ornament.
We have remaining in some edifices, very re-
markable indications, that the ancient archi-
tects, in erecting stone buildings, did little more
than substitute one material for another; for
they have imitated very closely the courses and
appearances of those beams of wood, which
were necessary to be laid from part to part, for
additional support. It is true, they have orna-
mented these marbles, but stiil they retain the
appearance we have mentioned ; and had we
now extant the original attempts at this fubsti-
tution, it is probable, it would be yet more
evident and explicit. This is very apparent in
certain parts of the orders.