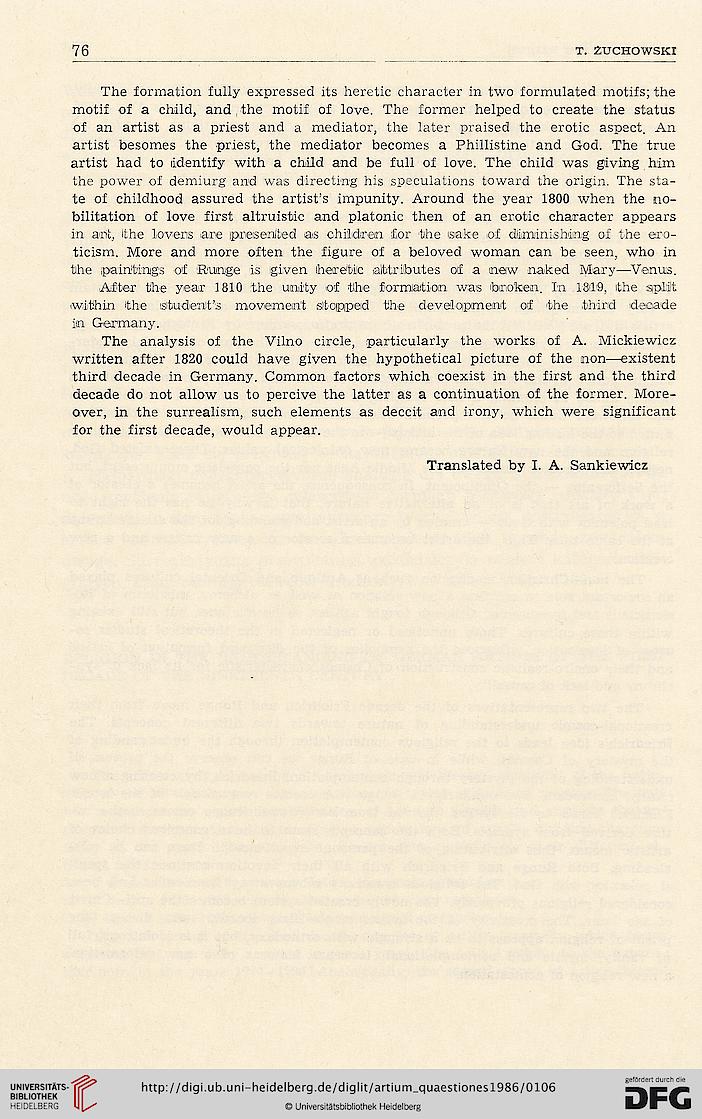 The formation fully expressed its heretic character in two formulated motifs; the
motif of a child, and , the motif of love. The former helped to create the status
of an artist as a priest and a mediator, the later praised the erotic aspect. An
artist besomes the priest, the mediator becomes a Phillistine and God. The true
artist had to identify with a child and be full of love. The child was giving him
the power of demiurg and was directing his speculations toward the origin. The sta-
te of childhood assured the artist’s impunity. Around the year 1800 when the no-
bilitation of love first altruistic and platonic then of an erotic character appears
in ant, the lovens are preisemited as children for the sake of diminishing of the ero-
ticism. More and more often the figure of a beloved woman can be seen, who in
tihe paintings of Runge is given heretic attributes of a new naked Mary—Venus.
After the year 1810 the unity of the formation was broken. In ISIS, the split
within the student’s movement stopped the development of the third decade
in Germany.
The analysis of the Vilno circle, particularly the works of A. Mickiewicz
written after 1820 could have given the hypothetical picture of the non—existent
third decade in Germany. Common factors which coexist in the first and the third
decade do not allow us to percive the latter as a continuation of the former. More-
over, in the surrealism, such elements as deceit and irony, which were significant
for the first decade, would appear.

Translated by I. A. Sankiewicz